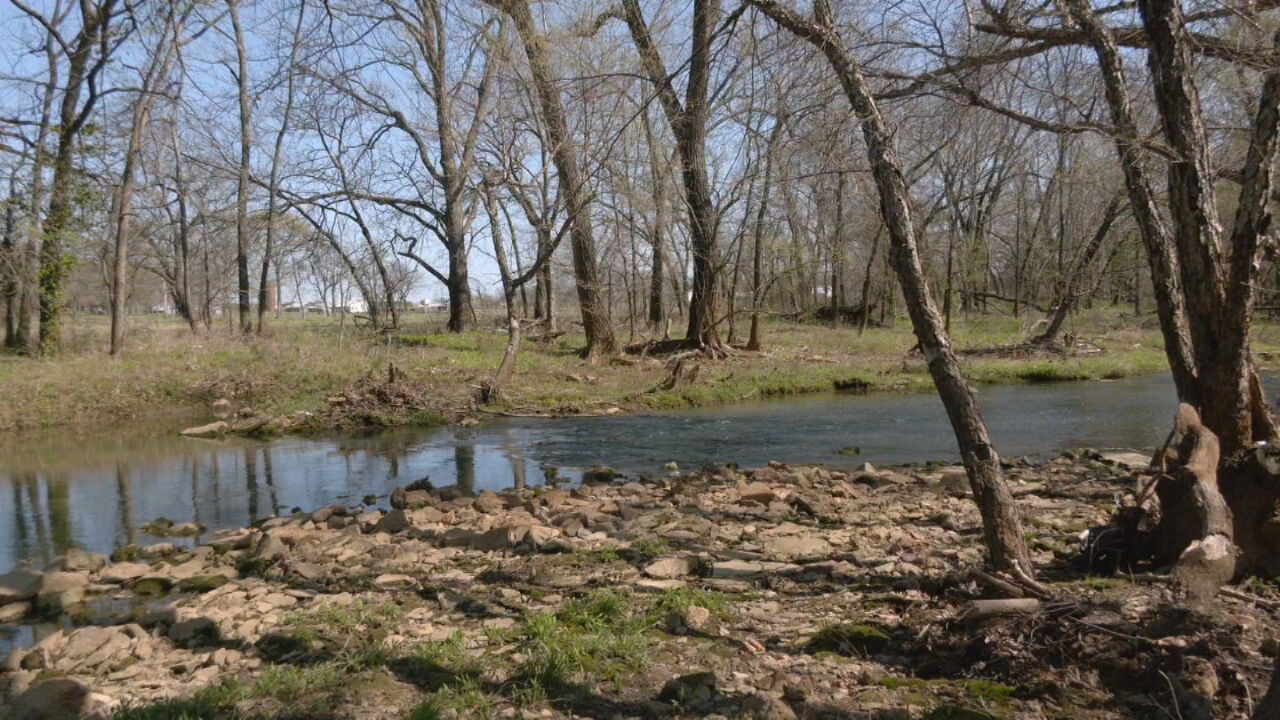 "An endangered river is basically a river that is unhealthy, that is threatened, oftentimes in our case by mining," said Martin Lively with LEAD Agency. Martin Lively said the area was once the largest lead and zinc mine in the world.

"When the mining stopped, this was underground cavern mining, the caverns filled up with water, because they had dug into an aquafer," he said. He said in 1979, the water overflowed, and now one million gallons of water flow through Tar Creek, to the Neosha River and into Grand Lake.

Rebecca Jim works with Lively to advocate for the river and said right now, it shouldn't be used. "Everything you pick up here is going to be loaded with heavy metals, when you go home your shoes will have it on them, if you have children in your house, they can be exposed to what you walk in the door with," she said.

They said there's also major flooding issues with the river, and when the water goes back down, people are still in danger. "When the water recedes, the metals are left behind for people to become exposed to," Lively said.

Lively and Jim said they are hopeful being added to the list will create change for the river, and wants groups like the EPA and Army corps of engineers to work together to work on fixing the issues.

"This is just not about Tar Creek and it's eleven miles, this is about the entire Northeast of Oklahoma, it affects everyone here if you flood, if you have children who play out in the dirt, if you go to the parks around the lakes and rivers," Lively said.