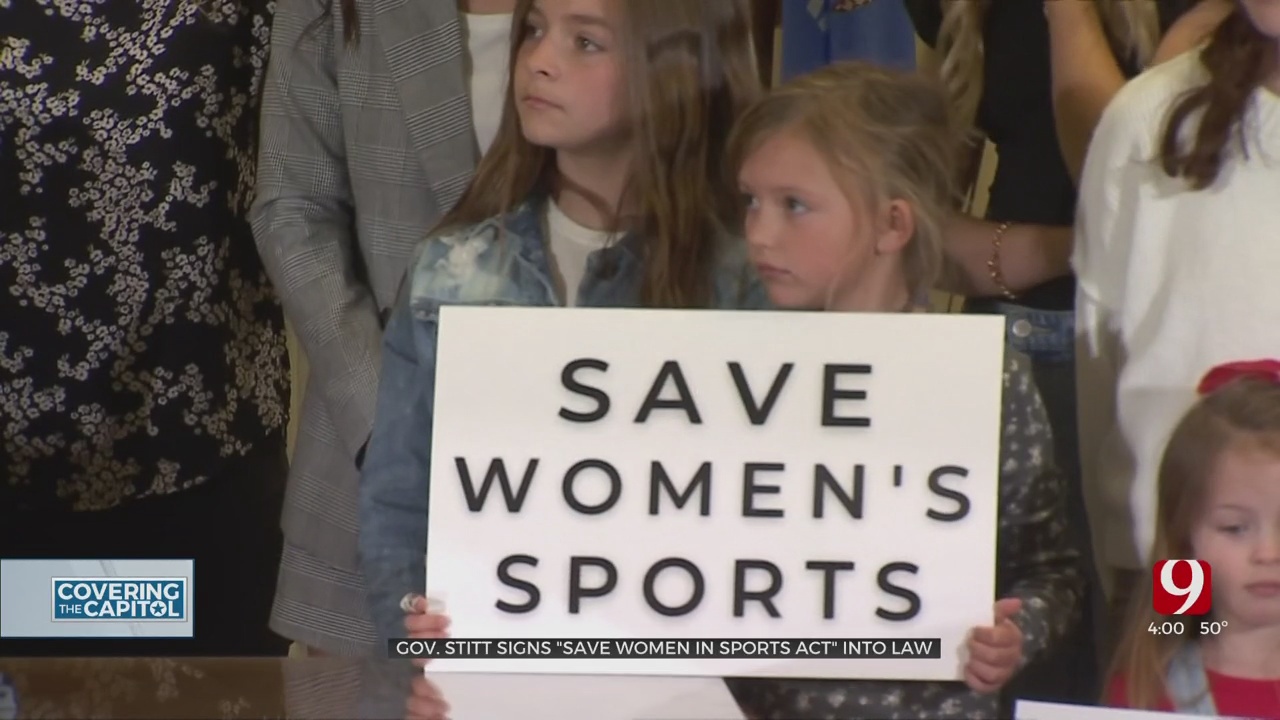 The law bans transgender girls from playing in women’s school sports at every academic level and requires all students to legally attest to their biological sex before playing sports.

Stitt signed the bill with a crowd of female legislators and athletes around him. He called the legislation “common sense.”

The bill has drawn sharp criticism from supporters of transgender individuals’ rights, who warn of the harm this legislation brings for their community.

“What we are trying to accomplish here is very, very simple. We are protecting women’s sports,” Stitt said.

Levi Gladd, a distance runner on the University of Oklahoma’s track and field team, agreed with Stitt.

“I’m behind this because I believe that all young women deserve the opportunity to excel at whatever sport they choose to be passionate about,” Gladd said. “I don’t think it should be taken away from them, especially for biological reasons they can’t overcome.”

OU released a statement saying they will “continue to embrace diversity and inclusion and is committed to creating an environment of belonging where those who play for us, work for us and support us are welcomed as their true, authentic selves.”

Oklahoma State University athletics spokespeople said they were aware of the bill.

The Oklahoma Secondary School Activities Association reported no complaints have been filed on their current policy for making complaints about unfairness in women’s sports. However, they said today they would comply with the law.

Stitt said he was not concerned about repercussions from the NCAA due to signing the bill.

Lawmakers and transgender rights activists said the measure is harmful, as it now goes into emergency effect.

“The only emergency here is that transgender, two spirit and gender non-conforming kids in Oklahoma are trying their hardest to survive in conditions that are so unwelcoming they are not sure they can live through another day of it,” Freedom Oklahoma executive director Nicole McAfee said.

The ACLU of Oklahoma said it is exploring legal recourse.

“This fight is not about sports. It’s about erasing and excluding trans people and children from every aspect of public life,” ACLU of Oklahoma Policy Director Cindy Nguyen said.

Representative Mauree Turner (D-Tulsa) has been a fierce opponent of the measure this session.

“We will not get rid of 2SLGBTQ+ youth or communities. You will only create an environment where it is unsafe and one in which they do not wish to live,” said Rep. Turner.

If you or someone you know is struggling in response to this bill, visit The Trevor Project by clicking here.