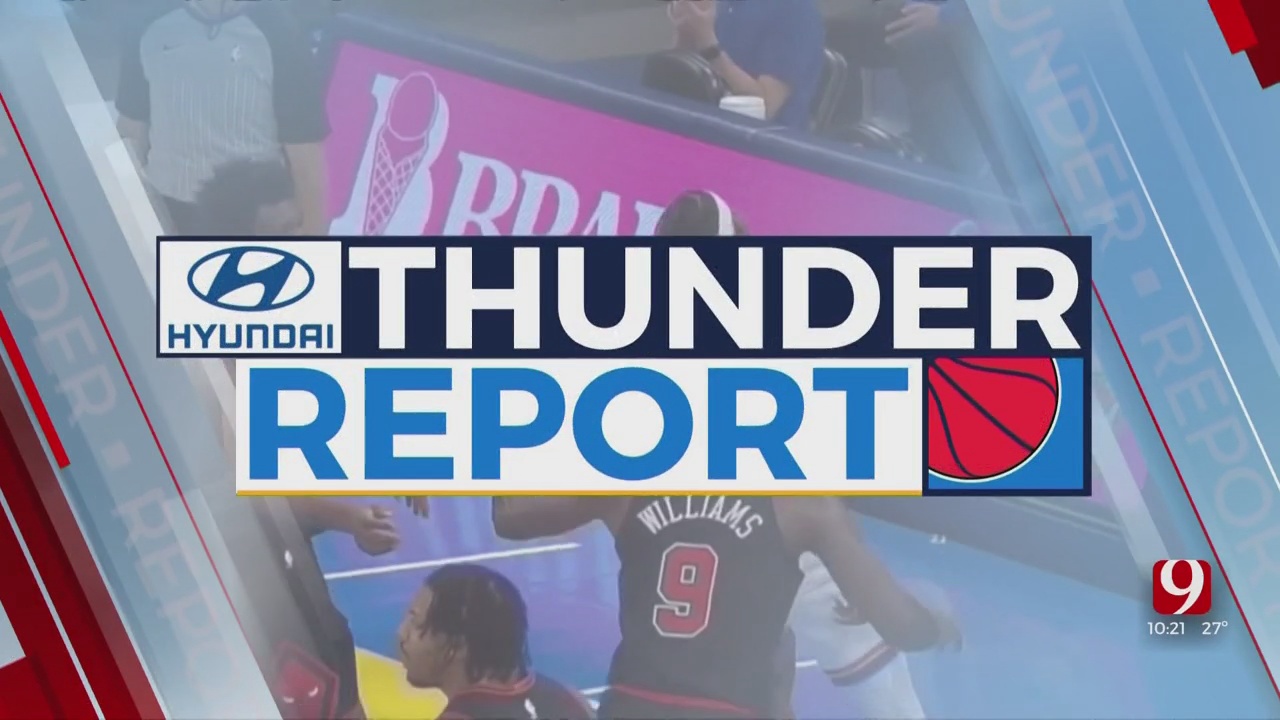 The Indiana Pacers couldn’t slow him down.

So the Thunder kept putting the ball in the play-making guard’s hands and he responded with 36 points and the tiebreaking three-point play with 20.4 seconds left in overtime to give the Oklahoma City Thunder a 129-125 victory over the Indiana Pacers.

“Shai played a pretty dominant pace all night and they had a really hard time keeping him away from the basket all night,” coach Mark Daigenault said. “I thought he made the right plays.”

Tre Mann finished with 22 points, grabbed the key rebound and made the nifty outlet pass to Gilgeous-Alexander on the decisive fast break. Oklahoma City snapped a two-game losing streak and a five-game skid in the series with its first win in Indiana since March 2019. The Thunder lost at home to NBA-leading Phoenix the night before.

“I saw him and I got it out to him and then he just does what he does,” Mann said. “He made the basket and he made the free throw.”

Indiana had a chance to tie the score with 10 seconds left, but Tyrese Haliburton’s 3-pointer was an airball. The Thunder grabbed the rebound, Darius Bazley made the first of two free throws, Gilgeous-Alexander chased down the rebound off the second and dribbled out the clock.

It looked as if the Pacers were in control when they scored 10 straight to take a 113-105 lead.

But Oklahoma City answered with its own 10-0 run to retake the lead, then extended it to 121-117 with 54.4 seconds left. But when the Thunder couldn’t seal it at the free-throw line, Indiana took advantage with a 3-pointer from Hield and Lance Stephenson’s 3 to tie it with 1.6 seconds left.

After a timeout, Gilgeous-Alexnader missed a 3 from the corner, forcing an overtime where the shooting woes continued. It took nearly 2 1/2 minutes for either team to make a basket.

Oklahoma City tied it at 125 on Bazley’s short jumper with 1:46 to go and took the lead on Gilgeous-Alexander’s 3-point play.

Thunder: Darius Bazley had 14 points and 10 rebounds. Theo Maledon also scored 14 points. ... Isaiah Roby had 10 points, 11 rebounds and four assists despite being in foul trouble most of the night. ... Aleksej Pokusevski had 13 points.

Pacers: Hield also had seven rebounds and five assists. ... Haliburton finished with 14 points and 11 assists while Malcolm Brogdon scored 15 points in his first game since Jan. 19. ... Oshae Brissett had 10 points and 15 rebounds. ... Jalen Smith added 16 points and Stephenson had 14 but missed two 3s late in regulation.

In a game between teams battling for lottery picks, the intriguing matchup between two of the league’s most promising young guards — Haliburton and Josh Giddey — could have at least drawn some fanfare. Instead, a hip injury forced Giddey to sit out the second night of a back to back.

“He changes the game because of what he does and how consistently he does it,” Carlisle said when asked about Hield. “It kind of turns into a four-on-four game when he’s out there and moving — much like it was with Reggie Miller.”