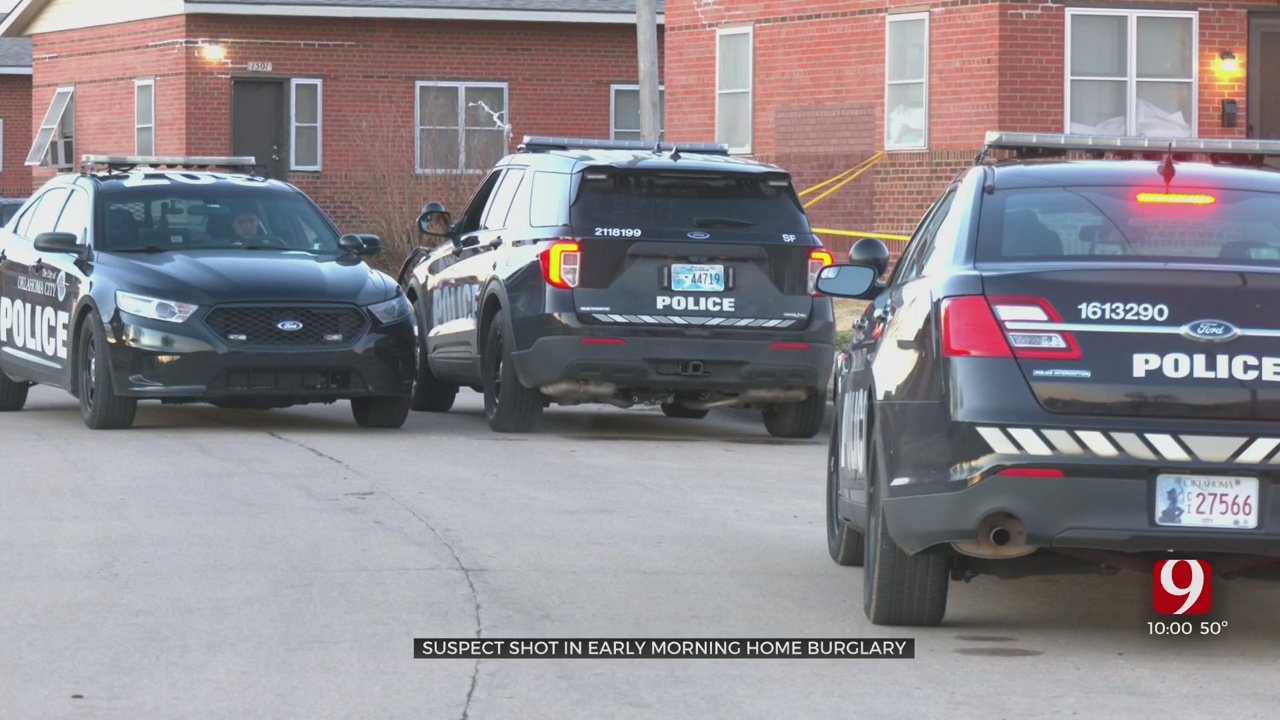 A man was shot while allegedly trying to break into a home early Saturday morning. It happened in a southwest OKC neighborhood, as officers say the suspect was taken to a hospital.

Police said the man was inside his home when he heard what sounded like someone trying to break in. He quickly grabbed his gun and when he saw the intruder, he aimed and fired.

Officers arrived on the scene just before 6 a.m. at a home near SW 15th and Westwood. When they got there, they found the suspect who had been shot.

"It was a non-life-threatening injury as far as we know at this time," said Rob Robertson, with OKC Police. "I don't know that any arrests have been made at this time."

The suspect was taken to a local hospital and neither the homeowner nor anyone else in the area was injured. Police are now continuing to investigate the scene.

It's uncertain how the suspect got inside the home and what he planned to take. Robertson says you never know how incidents like this could turn out and it's fortunate no one was critically injured.

"We don't want anybody hurt, it's always unfortunate and what a lot of people discount or disregard is what the victim is going through as well," Robertson said. "That's every little bit as traumatic for them as maybe the suspect who got hit."

The name of the man shot has not been released by the police yet. If you have any other information on this case, you're asked to call Crime Stoppers at 405-235-7300.