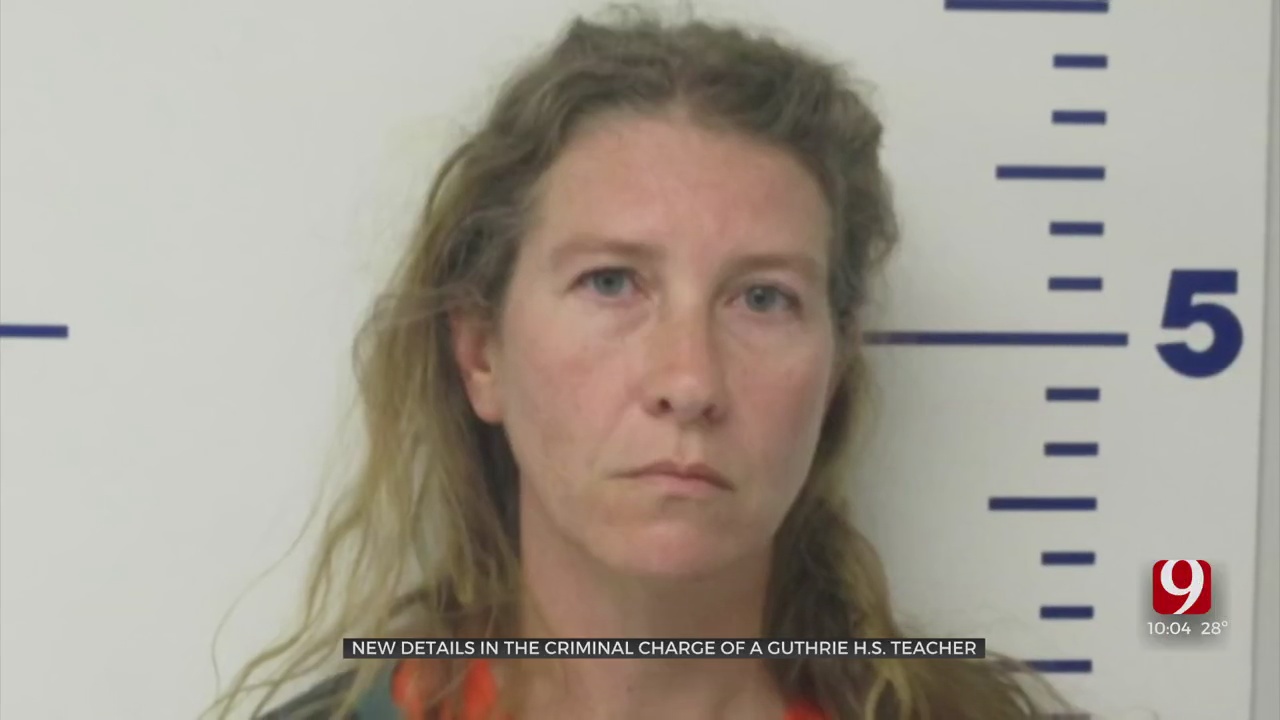 Investigators said Shawna Kathrein, the Guthrie High School Algebra teacher, would routinely flirt with the student in class even asking him if he needed a ride home on several occasions.

Kathrein is charged with a felony after police said she sent multiple inappropriate photos to one of her students on Instagram.

“There were several photos that were sent of semi-nude or nude nature and those constituted the predominant reason for that charge,” said Sgt. Anthony Gibbs, with the Guthrie Police Department.

The probable cause affidavit said the 43-year-old sent a message to the 16-year-old saying she was high followed by three explicit photos. The student took screenshots then blocked her.

“The photos were sent over Christmas break and then the student felt uncomfortable and brought that forward to the administration,” said Sgt. Gibbs.

Investigators said the inappropriate behavior started at the beginning of the semester. According to court records the teacher would “flirt" with the student “complimenting him on his looks. “On multiple occasions sitting on the student’s desk while she helped him with work.

“If a student receives this type of communication from an adult, they need to tell someone that they trust,” said Sgt. Gibbs.

Another student in class said they were uncomfortable and noticed the behavior.

“In this instance just like every other instance I have known with the school they were completely cooperative with our investigation. Assisted us even with getting information,” he said.

Investigators said Kathrein would often talk about her strained relationship with her husband.  She told the 16-year-old she “needed” him and asked, “if they could get away.”