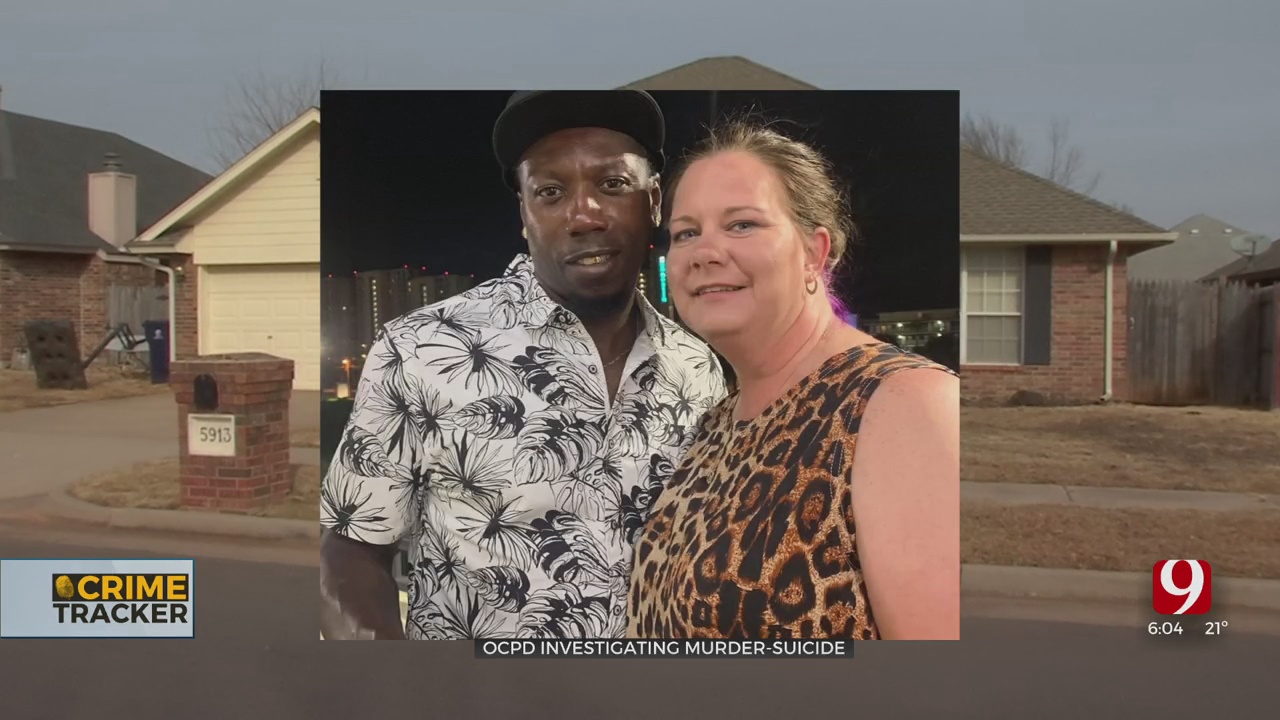 Oklahoma City police are investigating why a metro man shot his wife and then turned the gun on himself. Police officials said on Thursday the apparent murder-suicide happened inside Michael and J’Lynn Releford’s southeast Oklahoma City home on Wednesday.

Police do not have any record of domestic issues between Releford’s, and investigators do not believe drugs or alcohol played a role in the deaths.

Police were notified around 6 p.m. that something was wrong inside the couple’s home near southeast 89th and Sooner Road.

“It was the couple’s juvenile daughter who contact police,” said Sgt. Dillon Quirk, Oklahoma City Police Department. “She had not been picked up from school. That got the ball rolling on the investigation and where they were.”

Police said the couple's phones were pinging inside the home, but the doors were locked, and no one answered. Neighbors saw officers surrounding the front and back of the home, police said they were told the family kept weapons.

“They kept going on the PA system for them to come out, ‘Michael come out’,” said Ashley Wallace, neighbor. “We were like ‘Oh God what did me move into?”

A relative was able to give police a key. Once inside they found a tragic scene.

“The couple were both found deceased in what appeared to be a murder-suicide,” said Quirk. “It appeared the husband shot the wife and ultimately shot himself.”

Neighbors did not know why police were over there and learned the next day of the couple's passing.

Ashley Wallace said the news is shocking and heartbreaking. She did not know the couple but knew they had children.

“The older boy he would sit on the swing,” said Wallace. “The girl would help her dad during bulk pickups.”

Police do not have a motive in the case but said the investigation was ongoing.