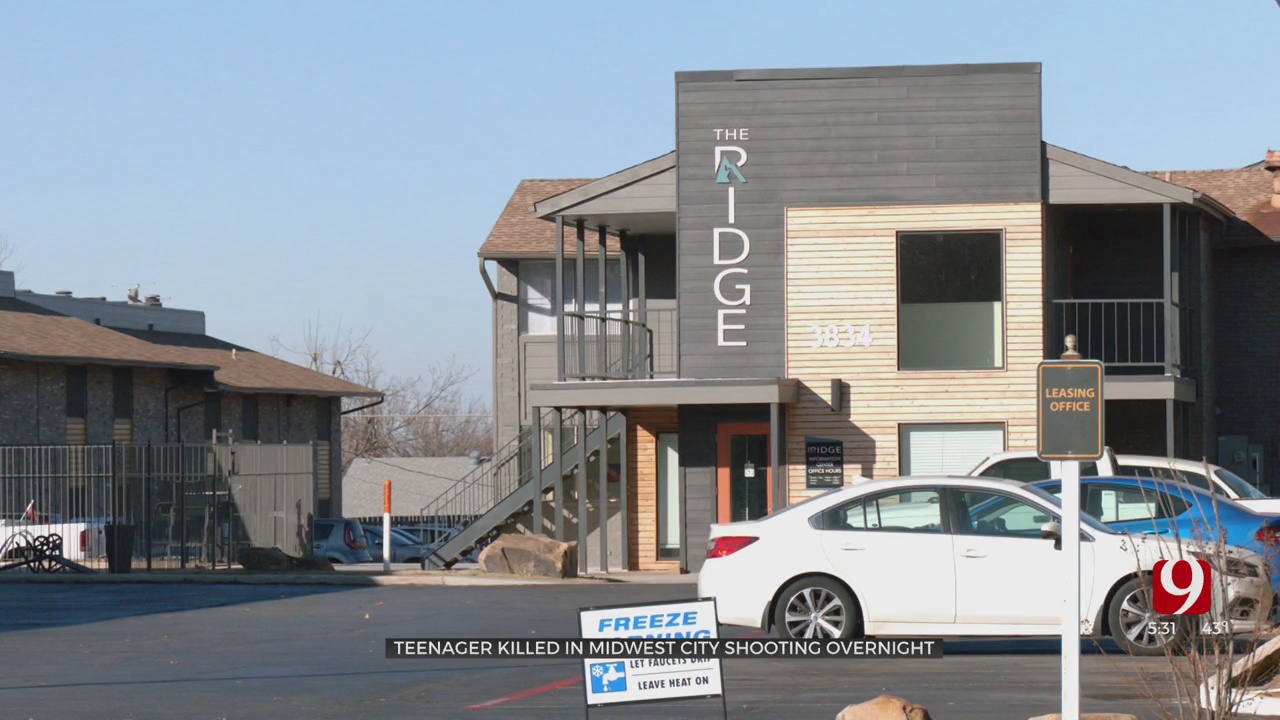 A teenager is dead following a shooting in Midwest City. It happened at an apartment complex overnight near North 10th and Air Depot Boulevard.

"So young, his life was just getting started," said Nani Sanders, a resident.

Neighbors were left in shock after a shooting takes the life of a Midwest City teen. Officers first got the calls around 1:30 Sunday morning. When they arrived on the scene, they found a 19-year-old shot to death.

"I can't believe that happened," said Sanders. "It's so close to me in this area and then there's just shootings back-to-back it's just sad."

Sanders was inside her apartment when shots rang out. She says shootings in this area happen far too often.

Currently, police have one person in custody. That suspect, who has not been identified, was also hurt during the shooting and was transported to a local hospital. Neighbors say it's fortunate no one else was hurt.

"You just never know what could happen and you could be at the wrong place at the wrong time and things just sort of happening that way," said Sanders.

Investigators are still piecing together evidence found at the scene and talking to witnesses. They're still not sure what exactly led up to the incident or how many other people were involved.

Investigators have not named the teen who passed yet. They expect to release more information Monday morning.