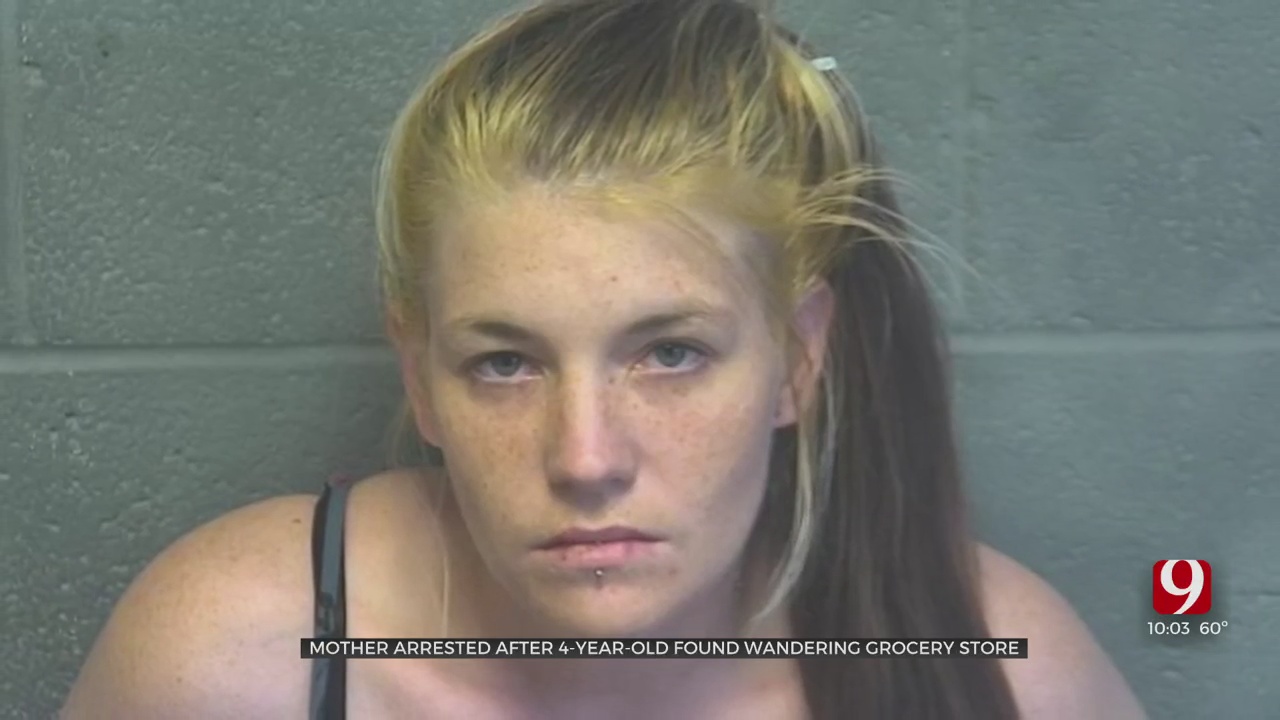 A child is left by their mother at a busy grocery store.

The mother of two said she didn’t look in the backseat before leaving the grocery store to make sure her kids were still in the car.

Hours later, police and family called her multiple times, asking her to go back.

Just before sundown on Monday, Oklahoma City police got the call that a small child was roaming around a busy grocery story in northwest Oklahoma City.

“A 4-year-old little girl was running around out there. Nobody could find who she belonged to. When officers got there, they still couldn’t find out who she belonged to,” said Master Sgt. Gary Knight, the Oklahoma City Police Department.

Whittaker’s Foods is near several other businesses. Police said it’s just a half a mile from Interstate 44.

After some time, the 4-year-old identified her mother as 29-year-old Kristen Grim.

“The little girl knew her name, her mom’s name, but no one had reported a child missing. They were able to contact DHS and ultimately find another relative who got in contact with the mother of the child,” said Knight.

In the police report, Grim said she went into the grocery store to use the restroom and didn’t want to wake her two kids because they were sick.

“The mother had gone to park in that parking lot and left for over an hour, leaving two of her children in the vehicle, believing they were asleep and just simply wouldn’t get out,” Knight said.

After using the restroom, police said Grim assumed both kids were in the car and went to visit her friend. Investigators said her 1-year-old was in the car entire time.

“It’s certainly a reminder to the public to never, ever, ever leave a child that small alone in a vehicle,” he said.

Over an hour after police arrived, Grim returned to Whittaker’s. Officers arrested her on a complaint of child neglect.

Police said Grim does have one previous DHS referral. Now, the two children are safe with another family member.