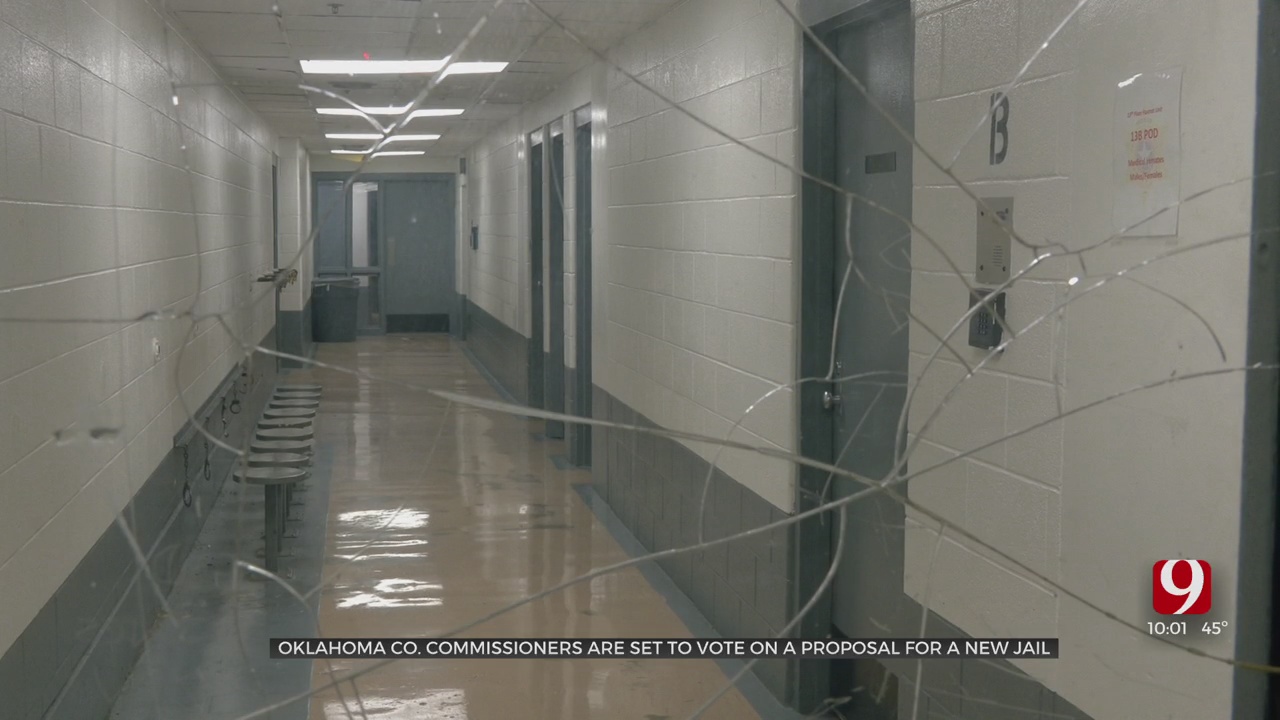 The CJAC recommendations to the county included: the new jail be built at a different site than the original, it be paid for by prolonging current county taxes and without a rate increase, the new facility hold about 1,800 inmates, and that the county should embrace diversion programs to avoid overcrowding.

A new facility could cost about $300 million, according to consultants hired by CJAC to research the jail. The CJAC recommends the county use $150 million in federal funds from the American Rescue Plan Act (ARPA).

The recommendation comes as the jail handles personnel and infrastructure issues that have created a “crisis” inside the Oklahoma County Detention Center.

The proposal will first be considered by the Oklahoma County Criminal Justice Authority, also called the jail trust, which has managed jail operations since last year. The ultimate decision on construction or renovation lies with the three Oklahoma County commissioners.

All three commissioners -- Brian Maughan, Carrie Blumert, and Kevin Calvey -- have either voiced support or interest in using federal funds to help pay for a new jail.

Maughan called it a “once-in-a-lifetime opportunity,” and said the county is looking to hire a consultant to ensure that ARPA funds can be used for jail construction.

“There may be an interpretation that shows that the legal ruling says we can use it for some parts of it, but not all of it. Those are the nuances that need to be fleshed out,” Maughan said.

In a statement to News 9, Blumert said she has been a consistent supporter of building a new jail.

“The recommendation by CJAC is further confirmation that a new jail is the best option for Oklahoma County,” she said. “I am open to various forms of funding including ARPA, bonds, and the recently passed federal infrastructure bill. Our citizens deserve a safe and humane detention center focused on services and rehabilitation for those who stay and work there.”

Civil and human rights advocates, including Sara Bana, have criticized the proposal at multiple CJAC meetings. Bana said she points to the county’s management of the jail as a cause of the problems.

“It is not the building infrastructure itself that is causing the unnecessary deaths, which is causing the escapes,” she said. “It is the culture; it is the lack of adequate policy.”

A follow-up inspection by the Oklahoma State Department of Health was performed in late October following a failed inspection earlier this year.

The 66-page report, released on Nov. 6, said the jail again failed the inspection.

The department recorded numerous violations, including bed bugs, holes in the walls of cells, one inmate lighting a fire in their cell to boil water, a lack of necessary inmate checks by staff, and more.