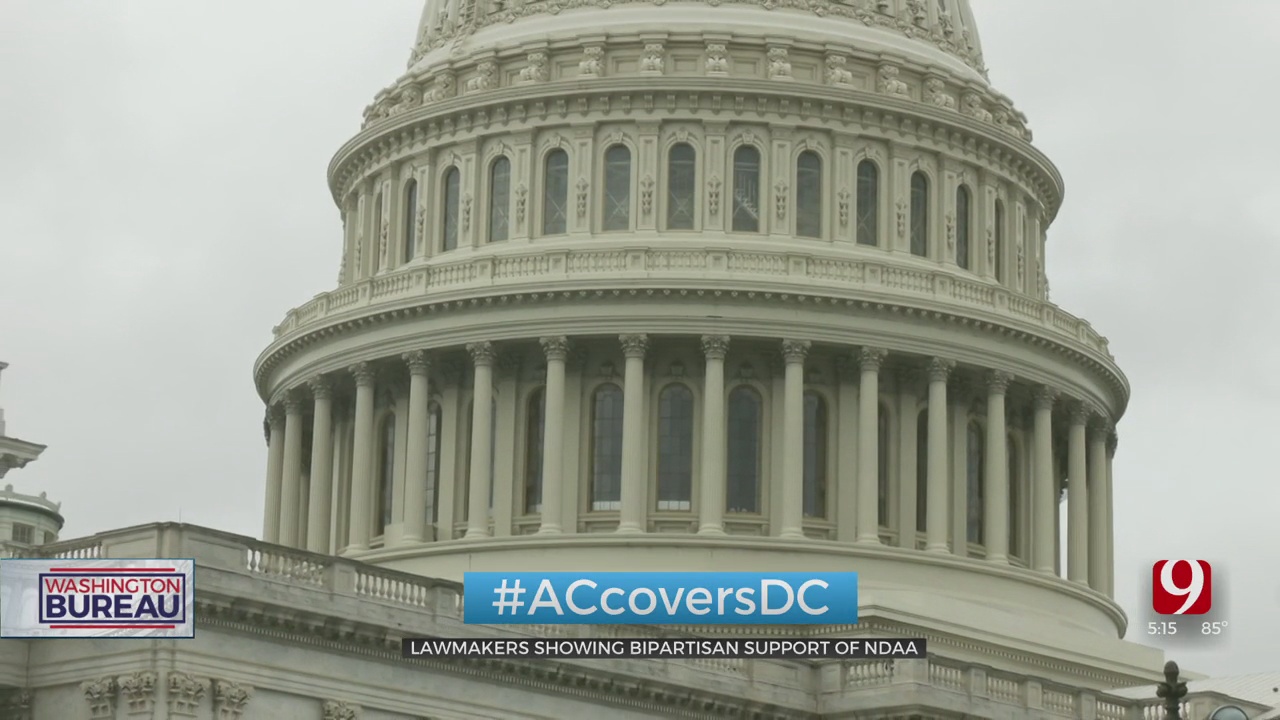 In what would seem an increasingly rare show of bipartisanship, Republicans and Democrats in the U.S. House of Representatives came together Thursday night in overwhelming support of a defense spending bill that would appropriate significantly more money to the military than President Biden proposed.

The vote was 316-113 and capped seven hours of consideration of dozens of amendments, including one from progressive Democrats to reduce the total authorization by 10%. The amendment failed, with more than half of Democrats voting in opposition.

Another proposed floor amendment would have restricted the Department of Defense (DOD) from transferring certain surplus military property to federal, state, or local law enforcement agencies. It also failed.

The House version of the National Defense Authorization Act (NDAA) closely mirrors the Senate version, especially in terms of its top line dollar amount, $740 billion. The president had recommended $715 billion, a nominal increase over the current year.

“This is $25 billion above what the president proposed and beyond with the Appropriations Committee approved at the committee level,” said Rep. Tom Cole (R-OK4) in an interview Thursday morning. “So, that’s a big win for Republicans. Fourteen Democrats broke with their chairman and with the president to support the Republican position.”

“The Biden administration had put forth a budget which was actually below inflationary numbers, so essentially a cut in military funding,” said Bice in an interview this week. “I think it’s important especially with the challenges that we see across the world that we invest in our military and make sure that they have every resource to be able to protect the country.”

During committee markup of the bill earlier this month, Bice was able to attach several amendments, including one that would repurpose $25 million so that the Army National Guard can assist U.S. Customs and Border Patrol in securing the border.

"You’ve seen the unbelievable increase in illegal immigrants collecting on the southern border," said Bice. "Last month over 200,000 people. The resources are being stretched thin and so allowing the National Guard to step in and help protect the border is incredibly important right now and I was really pleased to see bipartisan support on that amendment."

Because the House Armed Services Committee only recently completed its work on the bill, the House version includes provisions specific to the recent withdrawal from Afghanistan.

"So, we’ll have real hearings, have real questions, get real accountability for what all of us I think would agree was a great disaster this summer," said Cole, noting that the Senate version, written earlier in the summer, has no such provisions.

Ultimately the House and Senate versions will go to conference where negotiators will take the best of each and then work out any differences.

"They are not far apart, now the spending is in line with one another, " said Cole. "I think there will be a lot of common things... and I’d be very surprised if we don’t get, in November or December, a National Defense Authorization Act that’s been negotiated in good faith."