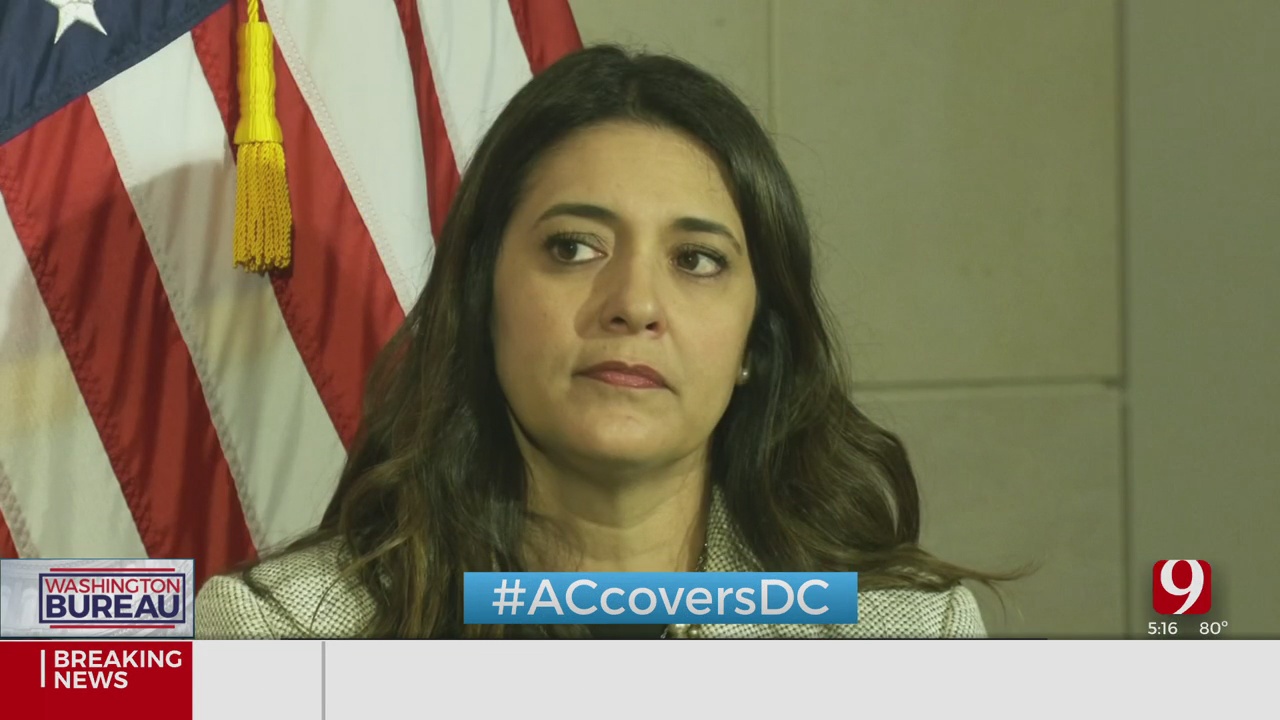 Freshman Congresswoman Stephanie Bice stepped up her criticism of President Joe Biden and Democratic leaders Tuesday, stating that their policies have slowed the economic recovery and blasting a women’s health bill that she said is nothing less than “abortion on demand.”

Bice, who was elected President of the Republican Freshman Class by her peers in December, has attended prior leadership news conferences, but this was her first invitation to speak.

Bice began by taking aim at the economy.

“The Biden administration claims that the U.S. is thriving, but the numbers don’t lie,” Bice stated. “Inflation is now at the highest level since 2008 and those numbers have increased every single month of Joe Biden‘s presidency.”

Leading economists, along with Fed Chair Jerome Powell, have said that the inflation the nation is seeing is to be expected, as the pandemic-upended supply chain lags behind the surging demand of an increasingly vaccinated populace that feels safe going out again.

"I don’t think that using COVID-19 as an excuse for increased prices really holds water," she said in an interview. "Certainly, there have been supply chain issues, but we’re almost two years into the pandemic now."

A common theme among the Republicans was that the current problems are directly attributable to the current administration.

"What we're seeing is a failure of leadership and a series of broken promises," Scalise said.

The group ticked off what they see as a string of failings, from the chaotic exit from Afghanistan to the Democrats' present struggle to keep the federal government solvent.

This week Democratic leadership announced it would attempt to move a bill tying together a continuing resolution to fund the government through December with a measure to suspend the debt limit, despite Republicans' insistence that they will not support such a measure.

Scalise said it's a mistake.

"The bill that Speaker Pelosi is bringing through this week will not become law," Scalise told reporters. "They’re going to have to go back to the drawing board. They might have to go to reconciliation to address the debt ceiling."

Bice said she'll be a no vote.

"The legislation overrides past and future pro-life laws, at both the federal and the state level. If signed into law, it would create a national standard to allow abortion for any reason at any stage of pregnancy, up to birth."

Asked whether she believes states should essentially be allowed to ban abortion, as the Texas law comes close to doing, Bice said, "Apparently the Supreme Court thinks so."