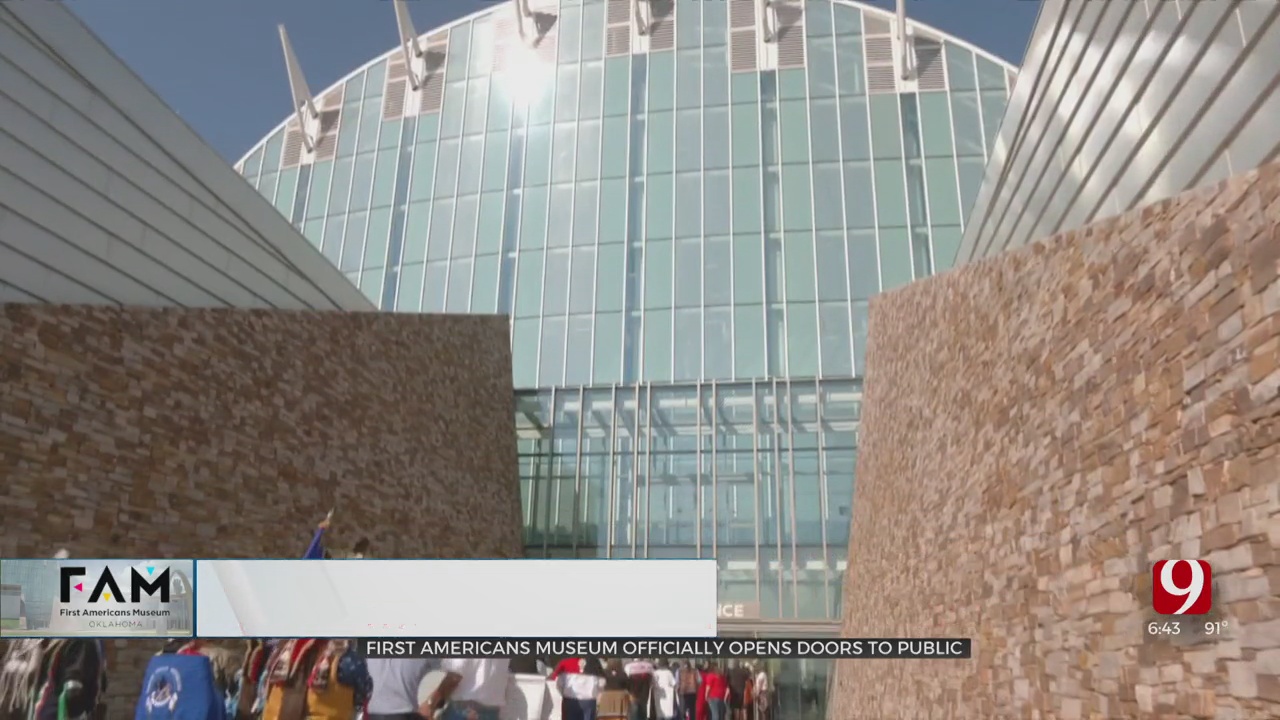 Today marked a major milestone for the native population and the state as the First Americans Museum hosted its grand opening.

Members of several tribal nations who visited the First Americans museum said their native voices are finally being heard. They describe today as historic and a long time coming.

After nearly three decades of planning, the First Americans Museum opened their doors to the public. Some visitors said this is the first time they've been able to go to a place that showcased their history.

James Pepper Henry is the Director and CEO of the museum. He said it's finally time for Native American History to come from First Americans.

In and around the museum are design elements that are meaningful to the 39 tribes represented in our state.

“Outside, we have what we call the remembrance walls it's because a hundred thousand Native Americans lost their lives in the relocations of Oklahoma,” David Hornbeek, co-architect said.

Visitors will also be able to take home some of its culture.

“To honor our 39 tribes, I did a collection of jewelry with butterflies so there's several necklaces with hand beaded butterflies,” Shelby Rowe, Chickasaw bead artist said.

Rowe is a Chickasaw bead artist. She said beadwork is her way of telling the stories of her heritage as she puts love and prayers into each of her pieces.

“The pieces that you would see at Macy’s or Dillard’s are nice jewelry that was designed by an artist and made by craftsman,” Rowe said.

For artists like Rowe, the museum's grand opening represents more than just art, but the history and culture of generations of Native Americans.