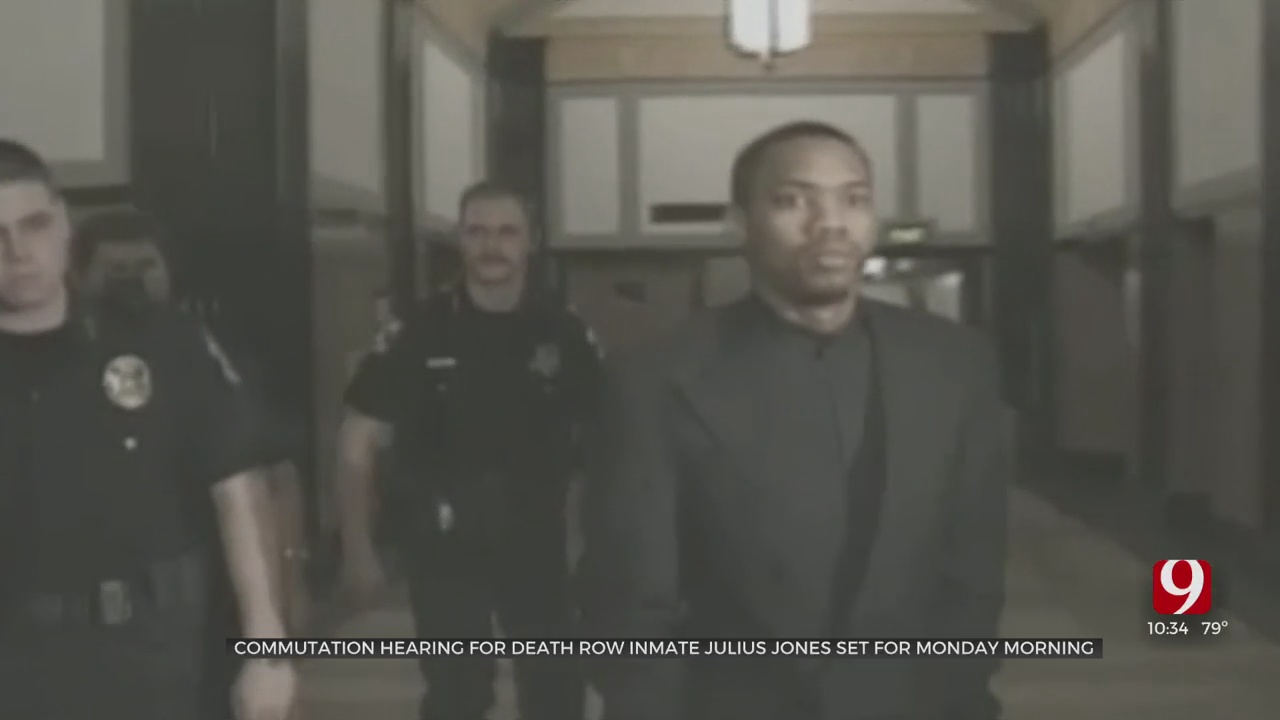 The Pardon and Parole board is set to hold phase two of the commutation hearing for death row inmate Julius Jones tomorrow morning. Jones was convicted in the 1999 murder of Edmond businessman, Paul Howell.

Dozens gathered Sunday afternoon in northeast Oklahoma City, as those close to Jones tell they're prepared to continue to fight for his freedom.

"I'm in a good place and I feel that things are turning around," said Madeline Davis-Jones, Jones's mother.

The facts of the case are still being debated and Jones has gained lots of national attention. Monday's Pardon and Parole Board meeting is set to start at 9 am and the second phase of Jones' commutation hearing is set to begin at 9:30.

The Jones family says they appreciate all the support.

"My family, my son especially, because you know sometimes you feel like you're in everything alone," said Davis-Jones.

According to documents, Jones maintains he was never there or involved in the murder and says he was not allowed to testify at trial.

In his application, Jones and his team raise questions about his trial, representation and claim racism played a role.

However, the state says that Jones's commutation application is based on false evidence and that it was found he had illicit drugs in his system this April. They argue both should disqualify him.

In documents submitted to the Pardon and Parole Board, Oklahoma County District Attorney, David Prater refutes each claim made by Jones' team and says Jones "is not a credible source of information."

In a statement sent to News 9, DA Prater says in part--

" ...If the Board objectively considers the truth, they will quickly vote to deny the killer's commutation request. Notwithstanding the Board's decision Monday, I will continue to fight for Paul Howell, his family and all innocent citizens of Oklahoma. I will take my fight for justice to the Governor's office if necessary..."

News 9 will have team coverage on the hearing Monday morning.