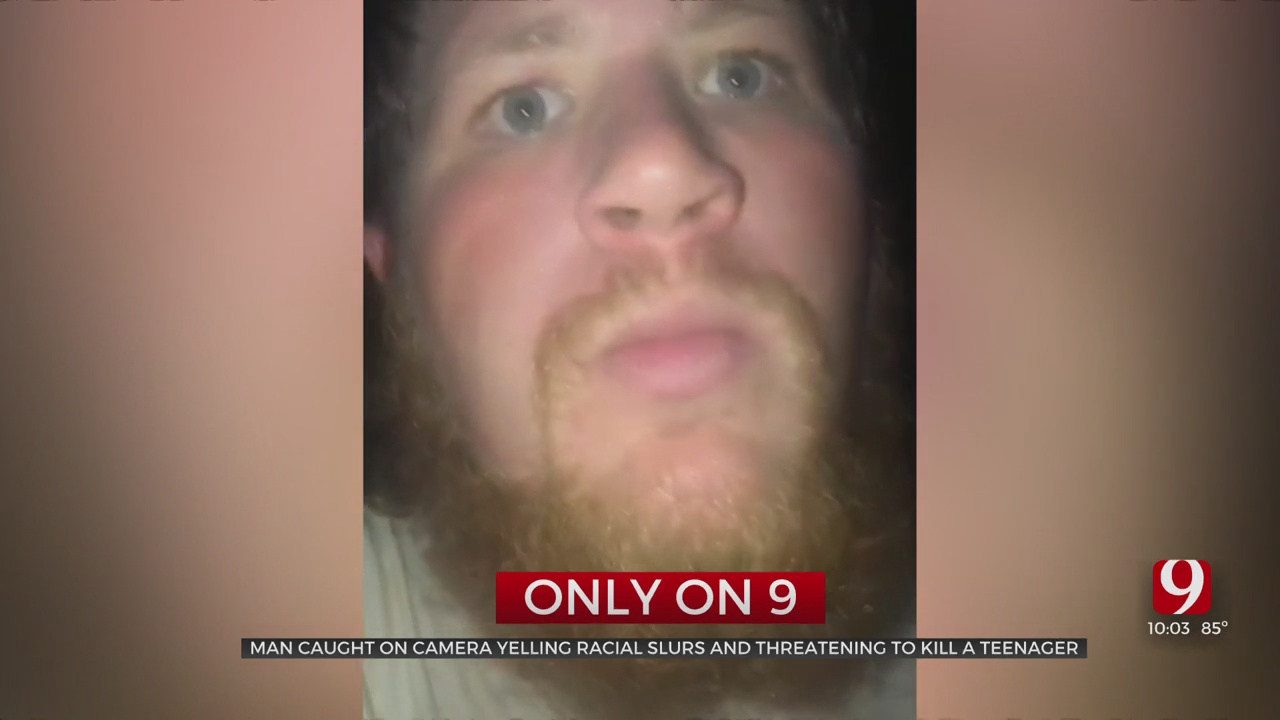 A Guthrie man was caught on camera screaming racial slurs and threatening to kill a teenager.

Heird was out of jail on bond from a 2017 case when he was charged with two counts of first-degree rape and two counts of sexual abuse of a minor.

Zuria Hurst, 18, calls the attack on her unprovoked. She said she was hanging out with a group of teenagers when Heird began yelling at her.

“It was cool for about 30 minutes, and all of the (sic) sudden, he starts flipping out saying, ‘You need to leave.’ I need to go, especially,” Hurst said.

Hurst said things escalated from there as she began recording video on her cell phone when Heird started screaming racial slurs at her.

“He starts yelling the N-word. He spits in my face and then he starts throwing rocks,” Hurst said. “It all happened within 15 minutes. As soon as he threw the rocks, I called police.”

“I just got hit by a rock,” Hurst told the 911 dispatcher. “This guy is being, like, really racist and he threw a rock at me, so I need help.”

Hurst said she was hit in the temple by a rock but was not seriously hurt. Hurst’s fear rose, she said, when Heird began running to his truck for a gun.

“He went to go grab the gun and then I kind of ran off because I didn’t want to see the gun,” Hurst said. “I am terrified as guns as is, so for him to threaten me, I felt so helpless because I didn’t have anything on me.”

Following the incident, police said Heird left the scene in a truck driven by a friend. Officers caught up with the truck moments later.

“The officers had pulled over the vehicle the suspect was in,” Guthrie Police Department Sgt. Anthony Gibbs said. “They identified the suspect who is not driving. Also, there was a loaded firearm in the vehicle.”

Hurst said she forgives Heird, but hopes a judge makes an example of him that racism isn’t acceptable.

Heird faces several charges following the Sunday incident, including assault and battery with dangerous weapon, threatening an act of violence, carrying firearm while under the influence of an unlawful and unprescribed drug, hate crime and public intoxication.