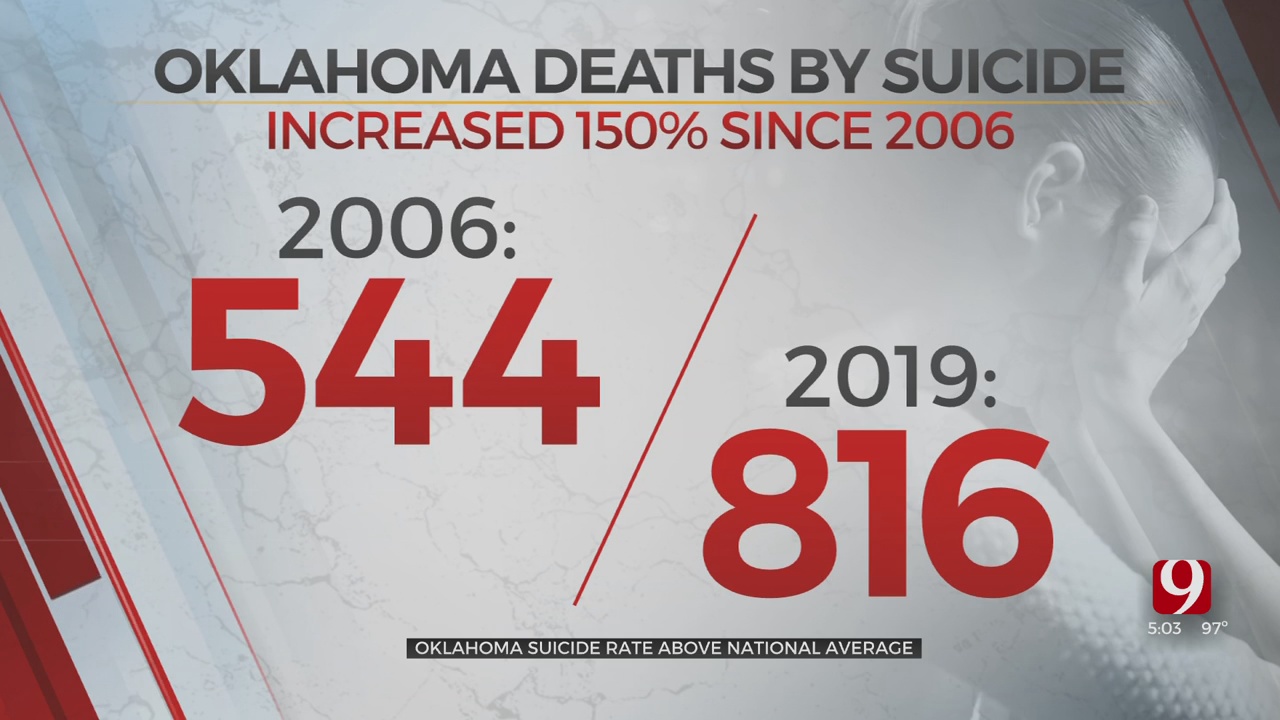 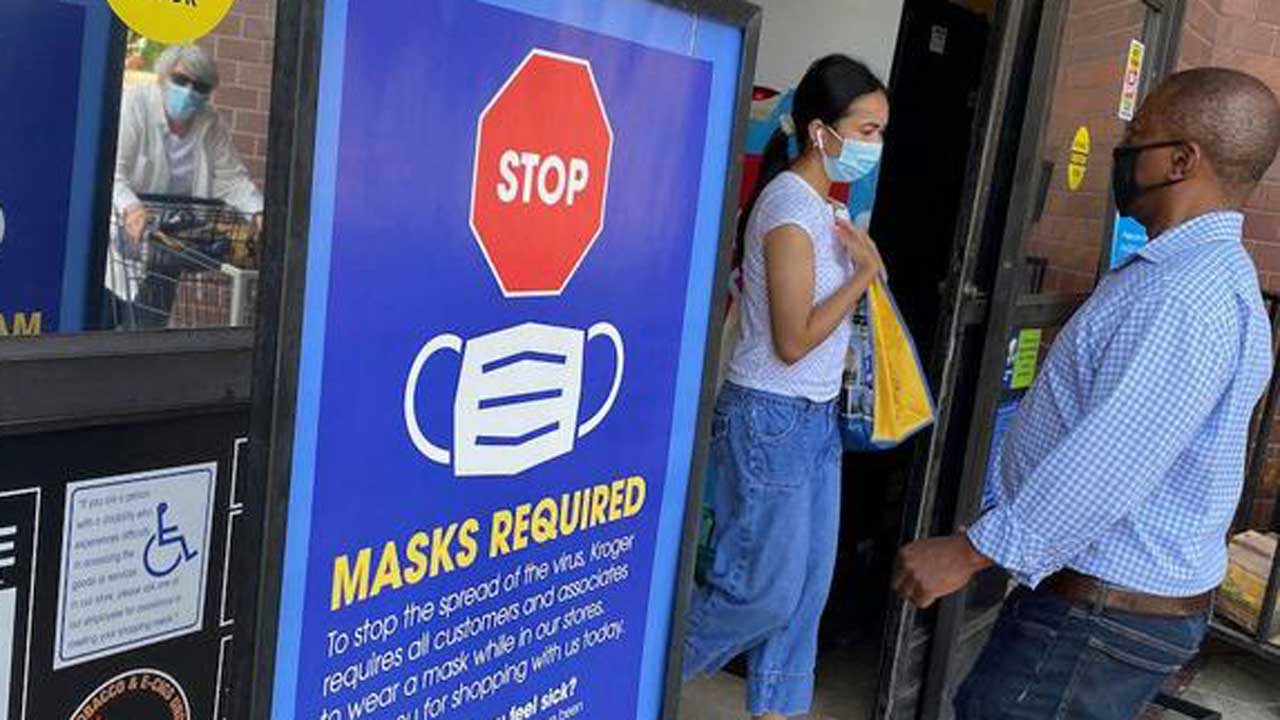 Oklahoma's suicide rates have been higher than the national average for years, and experts said they expect the state's 2020 numbers to be even higher.

According to the CDC, suicide is one of the top 10 causes of death in Oklahoma.

"Oklahoma has always had a high suicide rate, so any increase is reason to really look at why," said Jeff Dismukes, Oklahoma's Department of Mental Health and Substance Abuse director.

In 2019, the CDC put the national suicide rate at under 14 per 100 thousand [13.9] while Oklahoma's was 20.5. The official numbers for 2020 have not yet been released, but the state Department of Mental Health and Integris said certain groups started to trend upwards.

"Suicide deaths for African-American males for instance. That's something we need to look at more in depth because that's a population we don't typically see suicide deaths," said Dismukes.

He also said Hispanic and Indigenous people were two other groups with higher deaths by suicide.

While it's hard to pin down a direct cause for the recent increased rate, the pandemic has played a role.

"Isolation has been a significant issue and many of these deaths can be prevented when people are surrounded by a support system," said Dismukes.

"Kids need those out of the home trusted adult resources and peers that they can talk to about their problems," Friesen said.

The increase in youth suicide has lawmakers looking for an answer with an interim study.

"[To] look at the health aspect and prevention possibilities for suicide. That's a great way for us to gather data and then we also have experts testify to the legislature," said state Senator Julia Kirt (D).

Kirt said the goal of the study is "to get some specific policy recommendations whether that's a change in law or a change in the way we do school curriculum or funding."

"There are people who want to help and can get you to the right services. You just need to ask," said Dismukes.

At-Home Births Increase Due To Conditions Caused By Pandemic

Moderna Working On New Vaccine To Target All Variants