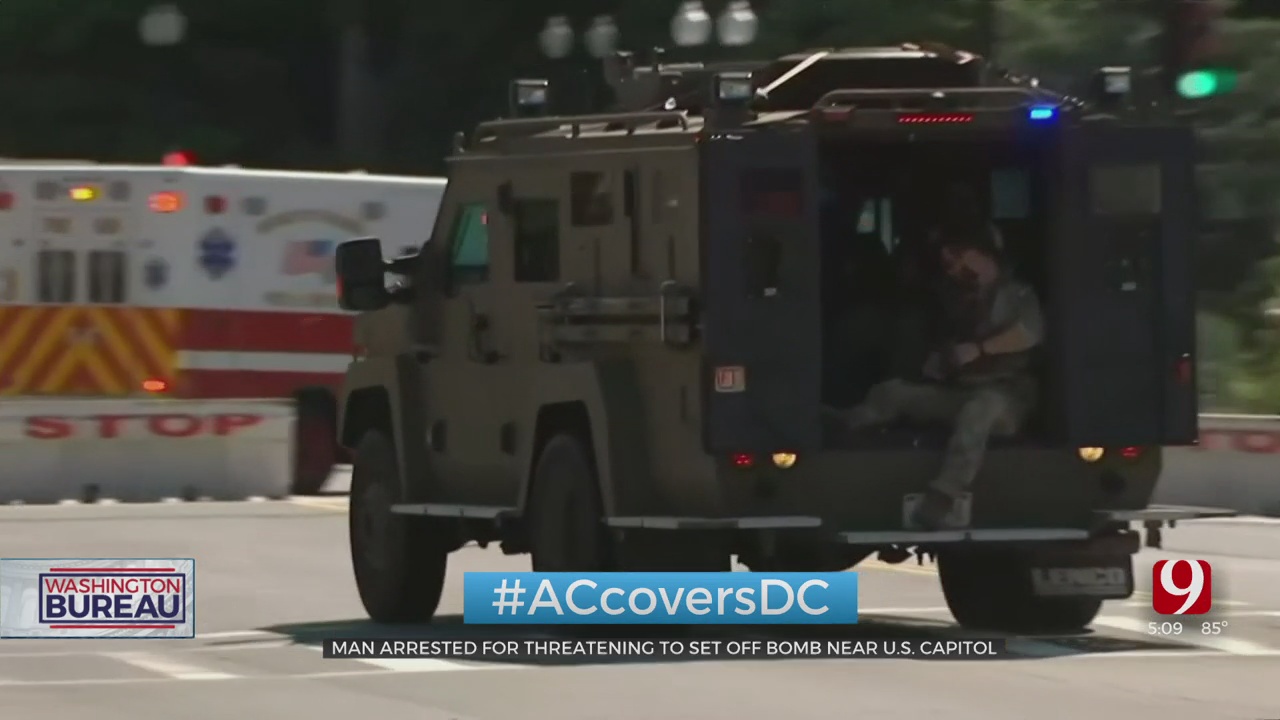 U.S. Capitol police said they have taken into custody a man who claimed to have a powerful bomb in his truck, setting off an hours-long standoff and forcing the evacuation and lockdown of several buildings in the Capitol complex.

The man has been identified as Floyd Ray Roseberry, 49, of North Carolina.

At a briefing just moments after Roseberry peacefully surrendered, police said it wasn’t yet clear if there were actual explosives in the truck or what his motive might have been.

USCP Chief Thomas Manger said they had learned from speaking with family members that Roseberry “has had some losses — I believe his mother recently passed away” and was dealing with other “issues” as well.

Police said the incident began about 9:15 a.m. ET Thursday when Roseberry pulled his pickup truck onto the sidewalk in front of the Library of Congress and told a responding officer that his truck contained a bomb.

"The driver of the truck told the responding officer on the scene that he had a bomb, and what appeared, the officer said, that he had a detonator in his hand," Manger said.

The truck's location was just a block from the U.S. Supreme Court, adjacent to the Cannon House Office Building, and across the east lawn from the Capitol, providing added urgency for Capitol police to defuse the situation.

"As you all know, the House and the Senate are on recess, but there's still some people working in the buildings that are nearby this location," Manger said.

Staff in those buildings and others were advised to use underground passageways to move to safer locations, or in some instances, they were told to shelter in place.

On a Facebook account under the name Ray Roseberry, which has now been suspended, a man who appeared to be the suspect livestreamed a lengthy rant, apparently aimed at President Joe Biden, in which he said he was “prepared to die for a cause,” spoke of the situation in Afghanistan, and warned that any attempt to shoot him would detonate a string of explosives and blow up “two and a half city blocks.”

"The only thing that can set this bomb off," said the man in the livestream, "is enough decimals [sic]."

The decibels from the insurrection still ring in the ears of most Capitol police officers, and they worked quickly to negotiate with Roseberry.

"We first started doing that with a whiteboard, just writing messages back and forth," Manger said. "We used a robot to get a telephone down to him, but he would not use the telephone."

But Manger said that not long after trying to deliver the phone, Roseberry got out of the truck and surrendered without incident.

At the time of the last briefing, Manger said they had yet to clear the truck and would also have to make sure no explosives were planted anywhere else.

He said, the livestream rant aside, they were still looking into a possible motive.

"We do know that Mr. Roseberry has had some losses of family. I believe his mother recently passed away, and we spoke with members of his family and there were other issues he was dealing with," said Manger.