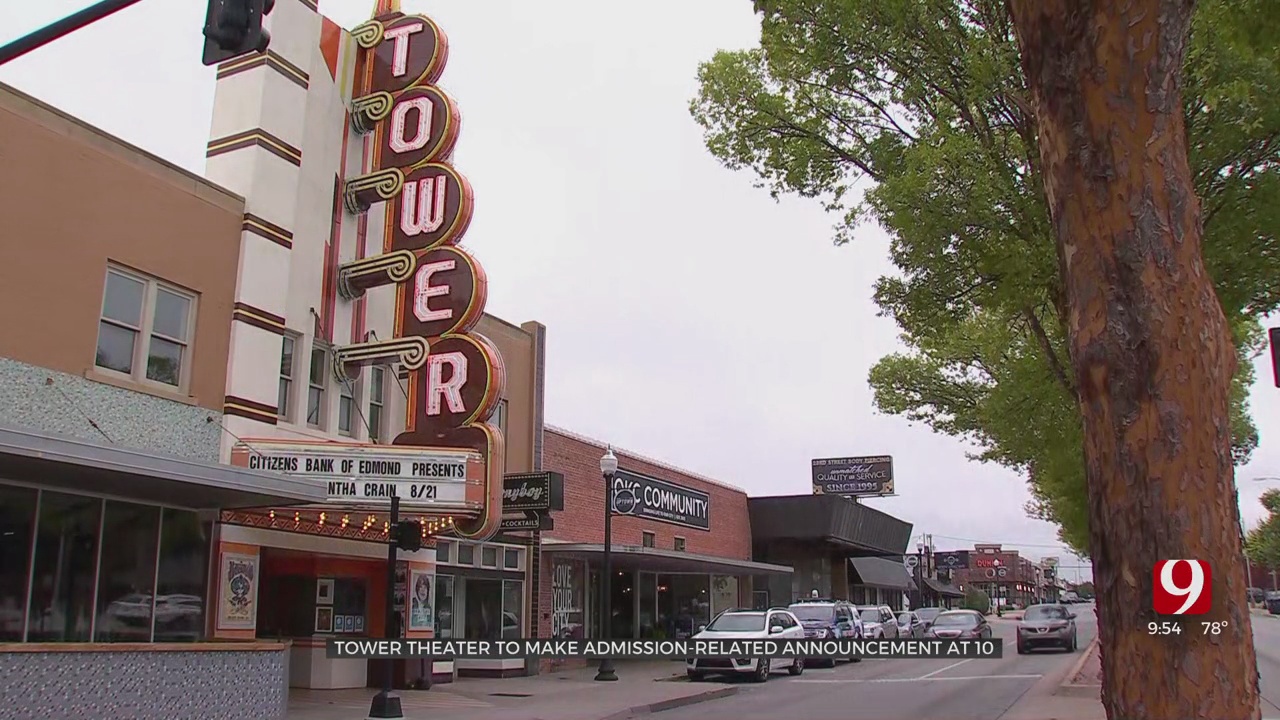 The operators of Tower Theatre and Ponyboy announced Thursday they would be requiring proof of COVID-19 vaccination or a negative test within 72 hours for public events and concerts.

One of the operating partners, Chad Whitehead, told News 9 that the move is alongside the vast majority of the touring music industry in America. The new rule will go into effect Sept. 8.

Both venues will also require kids under 12 to wear a mask, an age group that cannot be vaccinated at the moment.

Whitehead said they are fighting to keep the live music industry alive. Last year, theatre officials said they didn't have a choice and had to temporarily close their doors.

Now, they feel like they have a viable option that can keep artists employed and their doors open.

"We really feel like we don't have any other choice other than just to cancel everything, but really that would mean just going out of business and forfeiting everything that we have worked so hard to make here in Oklahoma City," Whitehead said.

Whitehead said artists make their main bulk of money touring, so up until recently, many have been unemployed.

Whitehead said 75 percent of the tours coming to their venues in the fall have the same mindset and moving towards the same requirements.

"This is a conversation that we have engaged in over the last month with as much thought and thoroughness as we can," Whitehead said. "We understand that this is not an announcement that everyone will agree with. However, for the safety of our guests our artists and our staff, we don't feel like we have any other choice.”

Tower Theatre will be connecting with ticketed guests for events at the theatre and Ponyboy with instructions, but Whitehead said they want to make the process as easy as checking an ID.

The venues will continue to encourage people to wear masks, and Whitehead is also hoping that promoters and others planning large gatherings will take every proactive step they can.

Whitehead said that people who can't come to a concert because of the new restriction will have a 14-day period to get a refund.

People can reach out for that refund via email info@towertheatreokc.com.