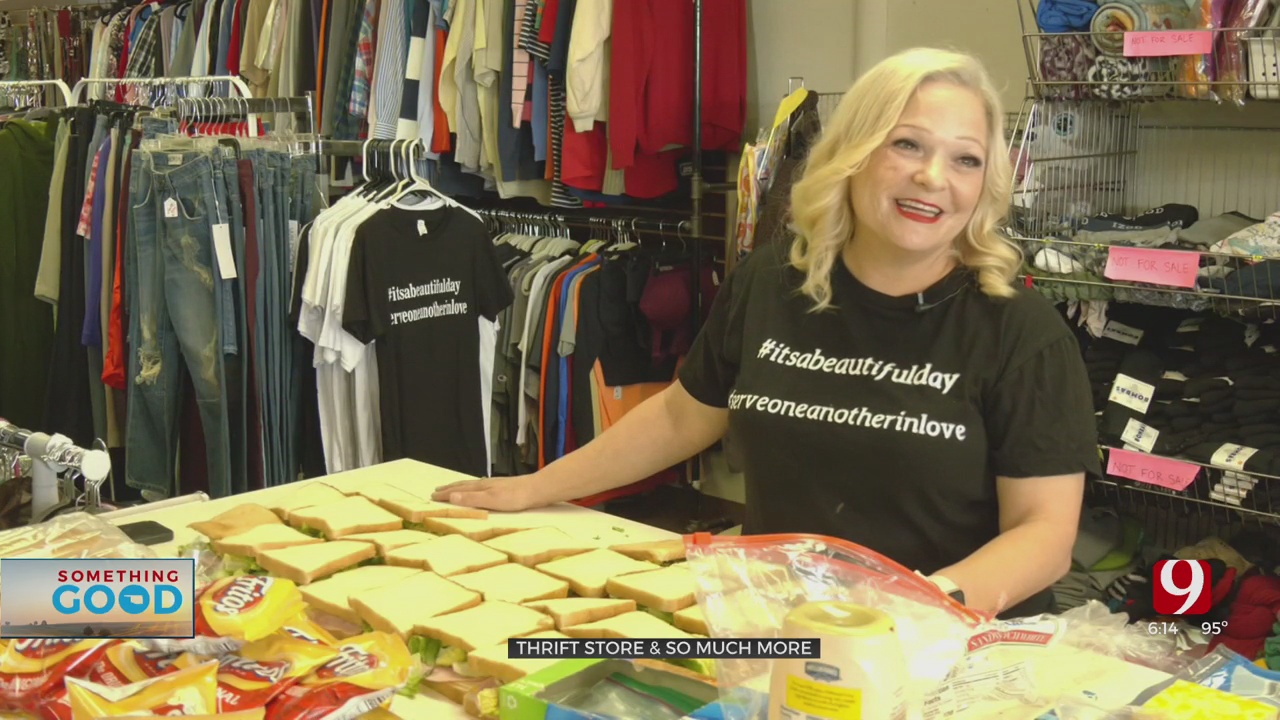 Jones was released from prison nearly eleven years ago after a life of abuse and addiction. She felt the call of God to do more with her life.

She opened the thrift store, located at 2605 N. Macarthur Blvd., as a resource for women getting out of prison, but quickly discovered the need was greater.

So, she began helping men in addition to the women, and those experiencing homelessness.

“They can come here daily and get a sack lunch, a hot meal, clean clothing, a bus pass, medical supplies if they need it,’ said Jones.

For Jones, this is much more than just helping people in need. She knows each one of them by name, she knows their situation and she insisted that they come see her.

Food items are donated daily by friends, churches, and businesses for the food pantry and lunches. There is also a rack of shirts outside the store for them to take. She leaves an ice chest filled with cold water just outside the door.

“All the stuff that’s for sale is also for them so I want them to feel that special, because they are,” said Jones.

Jones considers all the homeless people that come in the store her friends. The respect and appreciation for her is obvious.