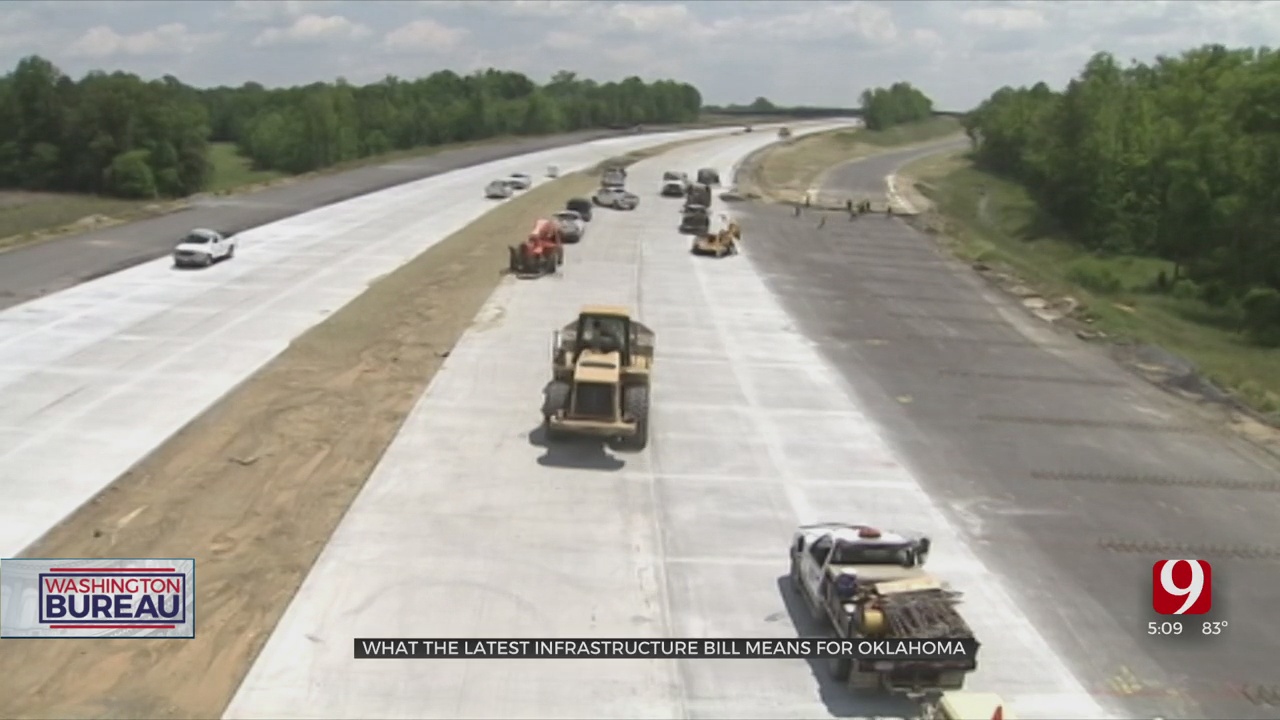 As the U.S. Senate inches toward a vote on the $1.2 trillion bipartisan infrastructure package, we're getting a better idea of what's in it, and specifically what's in it for Oklahoma.

The White House pushed out details of the package this week.

Clearly, the Biden administration and the bill's Democratic and Republican authors are trying to paint as bright a picture of this legislation as possible, but even without the public relations campaign, recent polling shows there is broad public support – 7 in 10 Americans -- for the infrastructure package.

“Every American believes that roads and bridges, ports, waterways, even our digital infrastructure needs to be updated,” said Sen. Rob Portman, (R-OH), at a news conference announcing the finalization of the deal last week.

The bill contains significant funding for Oklahoma, and for every state, to be doled out over five years for traditional infrastructure – roads, bridges, rail, ports – and also for infrastructure that reflects the changing world we live in – broadband upgrades and charging stations for electric vehicles.

“Infrastructure is about bringing America together,” said Sen. Lisa Murkowski, (R-AK), “[It] is about connections, whether it is connections by road or rail or how we move on the water. It's how we connect through the broadband.”

According to the White House, the Infrastructure Investment and Jobs Act would likely provide somewhere in the neighborhood of $4.3 billion over five years for highway projects and $266 million specifically for bridge replacement and repair.

Less traditional, in terms of infrastructure, but just as important these days is broadband, and there is significant money in the legislation to address deficiencies, especially in rural America.

It’s estimated that 16% of Oklahoma households don’t have or can’t afford internet. Oklahoma would get $100 million minimum over five years to help correct that.

There’s $354 million to improve public transportation in the state, and $66 million to help build more charging stations for what should be a growing number of electric vehicles.

Oklahoma's delegation said what concerns them is how all this will be paid for.

“There’s a lot of conversation about ‘Well, we’ve got these ingenious pay-fors,’ which typically means they are not real,” said Sen. James Lankford, R-OK. “And these are not real pay-fors.”

Sen. Lankford Speaks Out Against Sen. Schumer's Promise To Vote On Amending The Filibuster