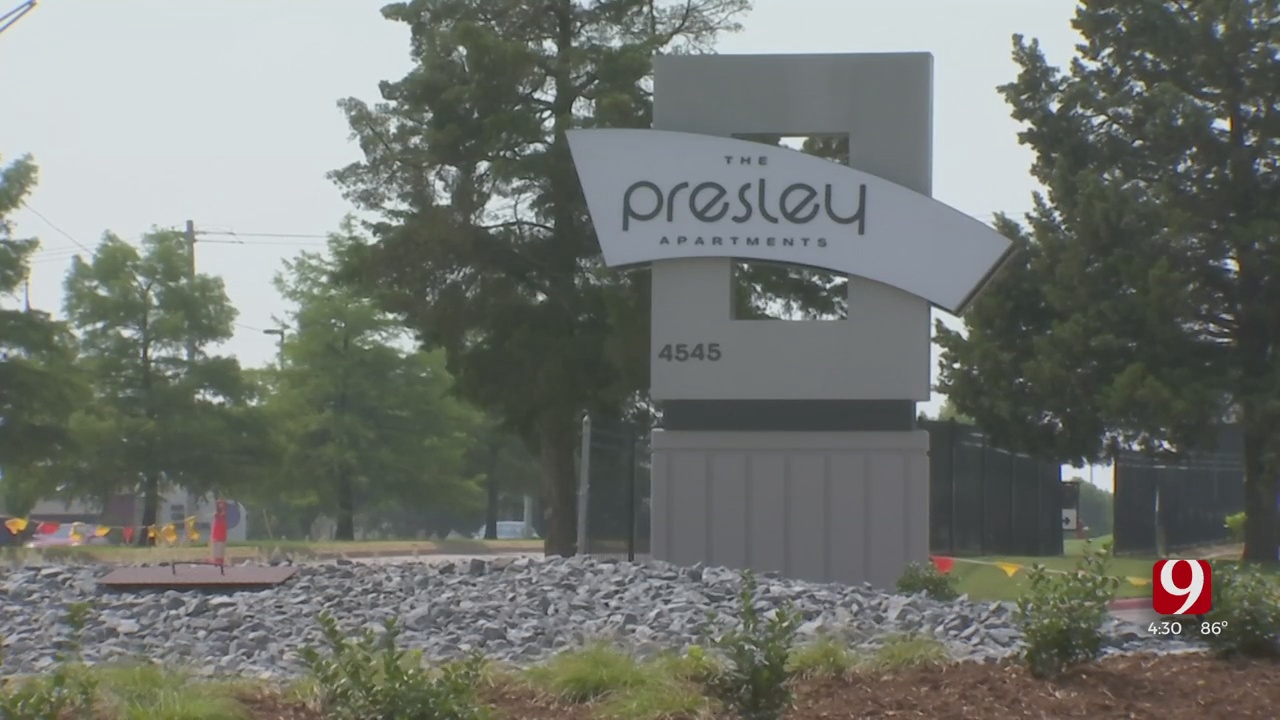 The Lincoln Plaza Hotel will soon reopen as the Presley Apartments named after a well-known guest: Elvis.

But some from the east side of Oklahoma City are calling the renderings for the complex, and even its name "tone deaf."

"When I saw it, I was just upset," said activist and rapper Jabee Williams.

He told News 9 the complex caught his attention when he saw the name and the rendering featured on the home page of the development's website.

Williams posted his take to social media, writing that the picture doesn't reflect the community near Lincoln Blvd. and NE 50th.

"In the picture, the rendering what it will be, there was a picture of probably 100 people and not one person was Black," said Williams.

While residents welcome development, Williams said the eastside community wants to feel included in the future.

"We want our city and our streets to be nice and revitalized, but we also want it to be done with us in mind," said Williams.

"We want to go in and see people that look like us. We want to be able to live there, work there and be able to afford it," he said.

News 9’s Ashley Holden reached out to the development company behind the project, Gardner Tanenbaum.

The company said not all of their renderings have been published on their website yet and pointed News 9 to others that are already on Apartments.com. They also wanted to note the pictures they used on their website.

"Gardner Tanenbaum thoroughly believes in the economic growth on Oklahoma City’s east side. We have invested heavily and restored four dilapidated buildings along Lincoln Blvd. to their former glory which will serve the needs of neighborhoods that have been neglected for far too long. We purchased the Lincoln Plaza Hotel and Conference Center in 2011. For the past five years, we have been working diligently to transform this public eyesore that was abandoned, in serious disrepair, and in desperate need of bringing new life to a large piece of real estate back to the Oklahoma City housing market.

Gardner Tanenbaum has developed and operated nine multifamily developments in the Oklahoma City area since 2005. The Oklahoma City multifamily housing market is thriving and we welcome the opportunity to showcase this outstanding new addition to the Gardner Tanenbaum family of apartment communities. We offer outstanding customer service and a great place to live and call home.

We have spent a significant amount of time and resources to ensure that property imagery captures an inclusive environment. Those can be viewed on the home page and throughout The Presley Apartment’s website https://www.thepresleyapartments.com/.  Everyone is welcome at The Presley."

The company said the starting price for an apartment is $695. Tours are set to start this month.