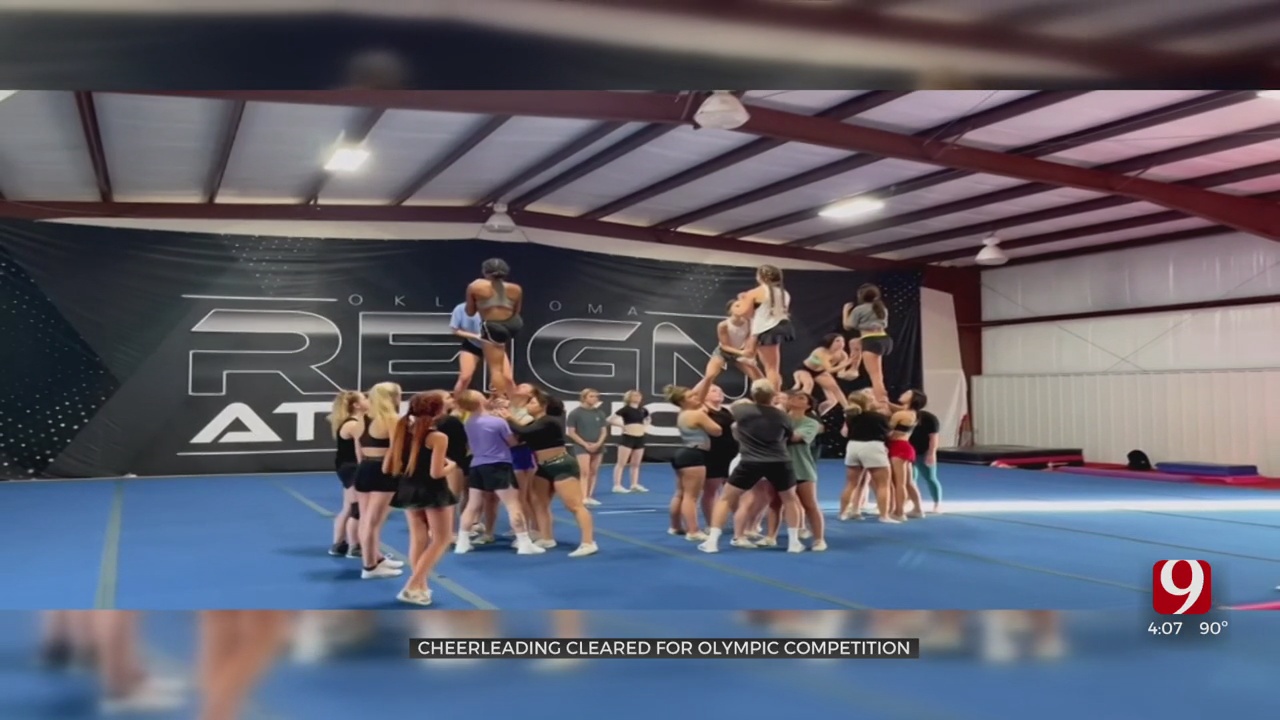 There is still a lot of behind the scenes work to be done before cheerleading is a full Olympic sport, but gyms across the state are excited just from the prospect of going to the next level.

“I have so many text messages, Facebook messages, the whole cheer world is really excited. It something we have been trying to get for a very long time,” said Orson Sykes, the owner of Twist and Shout.

“Now for us our boys and girls get to grow up and see their passion and dreams come true on TV,” said Paige Dossey the owner of Reign Athletics.

The International Cheer Union has fought for nearly two decades to join the Olympics.

Ahead of the 2020 games the IOC added rock-climbing, skateboarding and even break-dancing.

Local cheer gyms say the sport has wide-appeal with levels for all ages and genders.

Reign Athletics in Mustang told me they are already planning for expansion.

Keep in mind you will not see cheer in the Tokyo Games.

It could happen as soon as the Paris games in 2024 but most likely they will hit the mat in Los Angeles in 2028.