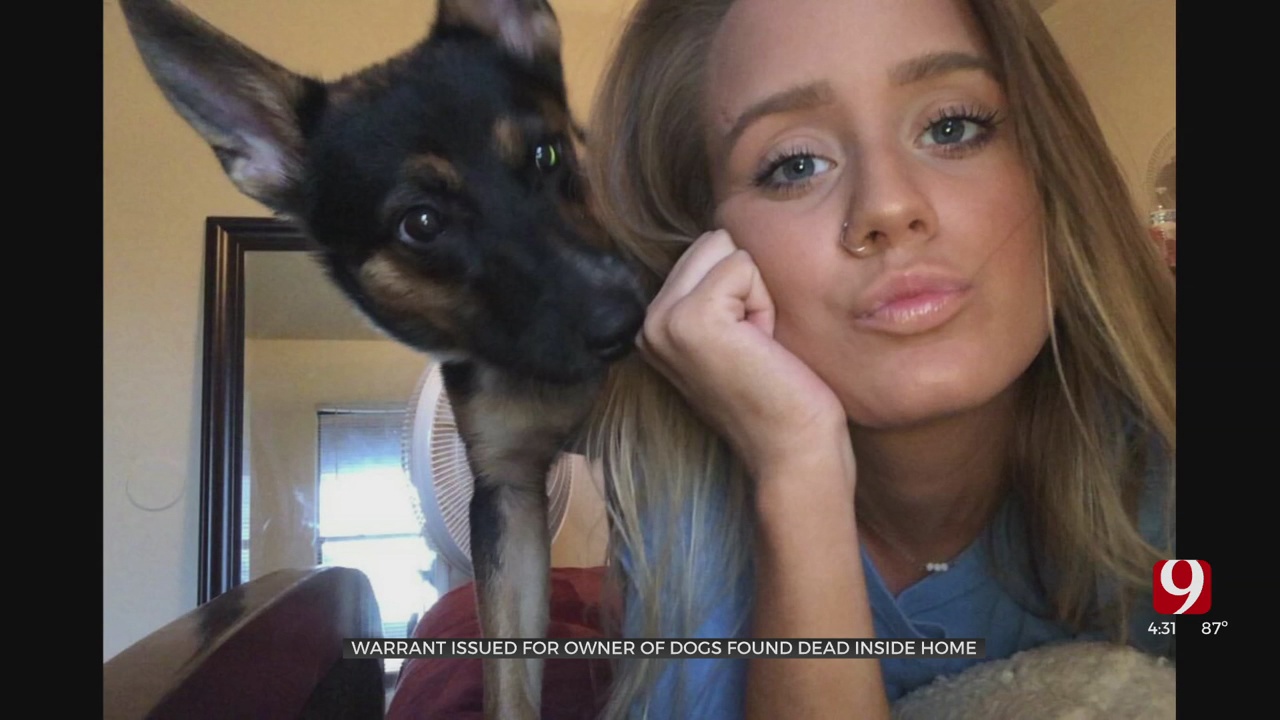 Two dogs were found starved to death at a metro home and police are searching for a 22-year-old woman.

The Village Police Department said a neighbor alerted them to the gruesome discovery.

"One of our residents called us and said they looked over their back fence and seen a deceased dog in their neighbors’ yard. They were concerned," The Village Deputy Chief Russ Landon said.

Police said they found the dogs deceased when they arrived to the 2100 block of Carlisle Road in The Village.

"Did in fact see the dead dog in the backyard, looked and found another dead dog near the house," Landon said.

According to investigators, the dogs belong to Mallory Jech, who describes herself as a "dog mom" on her Facebook page.

Court documents said both dogs were, "little more than skin and bones" covered in "maggots and flies."

"The animals looked like they'd been dead for a week or two. Clearly they were starved to death," Landon said.

When officers entered the home, they reported deplorable living conditions.

Records show police made contact with Jech who told them she still lived in the house. Neighbors said they last saw her in the area June 3.

"She's not in The Village at this time for us to go and arrest her,” Landon said.

Jech is charged with animal neglect and abuse. A bond for Jech has been set for $10,000.