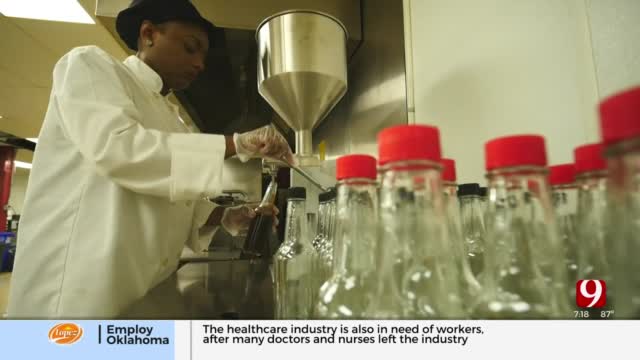 Miavea Asbery didn't always know how to cook. She learned after she got married.

“I knew that the way to a man’s heart is through his stomach so I had to learn,” says Asberry.

During the pandemic though she lost her job as a waitress.

“I’m sitting at home, stressing out.”

And eating. And like a lot of people started gaining weight.

“Just doing like everyone else is doing: you’re nervous. The world is in a wreck, I was stuffing my face. I knew I had to make a change. I couldn’t go down that path.”

So she started a Keto diet and weekly meal prep and that's what inspired her to start her own business.

She used all that extra time and stimulus money to follow her true passion and started ChefMiaveaasberry.com.

And to spice up her Keto-friendly meals she invented a special M.A.-zing Amazing Sauce that's now selling on Amazon.

“I’m doing what my passion is. I love it. I’m happy. I actually don’t even think of it as running a business. I am doing what I do at home. Cook!”

The pandemic also turned out to be a perfect time for Kerry Sylvester to start up Graze Craze charcuterie boards.

“Opened on April Foods day when everyone else was closing down. The joke’s on COVID I think,” laughs Sylvester.

After two years of research, they originally planned to open five stores at once. But instead opened one store. Their first in Newcastle.

Within months they opened another.

They now have five stores in the metro, one in Key West, Florida, three more that are getting ready to open and are franchising across the country.