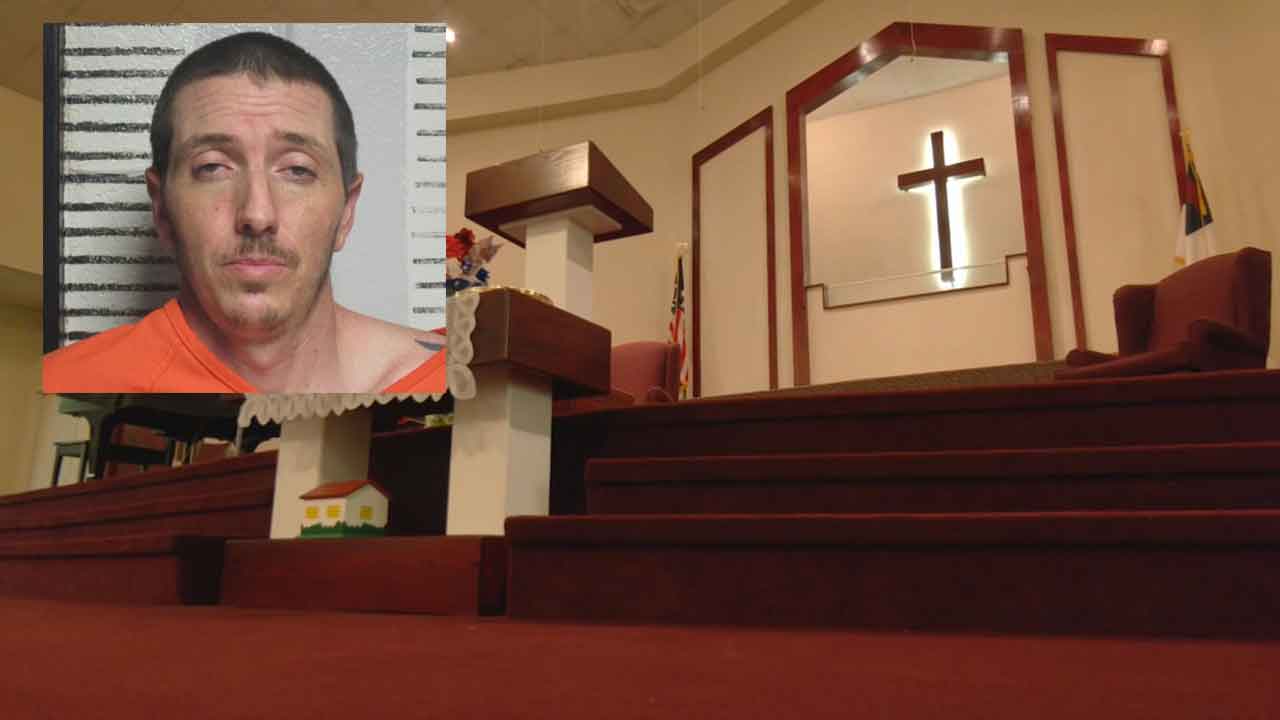 An arrest warrant has been issued for an Oklahoma City man accused of breaking into over 10 churches statewide.

Sterling Morris, 35, is charged with second-degree burglary, injuring a church or contents and pattern of criminal offenses in McClain County.

Investigators believe Morris spent hours ransacking the Johnson Road Baptist Church in Purcell after breaking in on January 15. Between damage done and the amount of property stolen, the church is estimated to be out tens of thousands of dollars.

“We don’t have any music equipment or anything like that,” said Mark Brown, who is responsible for maintenance at the Johnson Road Baptist Church. “It’s almost like starting over.”

The break in could not have happened at a worse time. Church leaders said their pastor contracted COVID-19 and died days before the crime was committed.

Morris is accused of stealing musical/sound equipment, electronics, kitchenware, computers, the DVR camera recording system and its cameras, along with tools from the church.

Investigators were able to identify Morris as a suspect after discovering items stolen from numerous churches at a nearby pawn shops.

“Nothing has been replaced except for the speakers I received from the pawn shop,” said Brown. “The rest of the stuff just disappeared. We did reclaim the security system, well the DVR back.”

According to court records, the hard drive inside the church’s camera DVR system had been wiped clean. OSBI Forensic Examiners were able to recover some footage, but the images were not entirely clear.

Morris has been linked to the following church break ins. Purcell Police told News 9 he is suspected in several more.

It’s not the first time Morris is accused of breaking into places of worship.

Morris was charged with second-degree burglary and eluding police in Garvin County on January 28. He is accused of stealing speakers, electronics and computers valued at $10,000 from Beaty Baptist Church in Pauls Valley the day before.

While behind bars at the Garvin County Detention Center, investigators obtained a jail call recording to Morris’ father. Morris is heard saying on the call, “I didn’t steal from people. I stole from the Lord!”

“That guy in one night undid the work of 100 people over 20 years,” said Brown. “He’s not really what I’d call a credit to society.”

As church leaders struggle to get by at the Johnson Road Baptist Church, they rest easy hoping Morris’s days of freedom are finally limited.

“I think some people regret their actions when they do something like that, but I don’t think this guy regrets anything,” said Brown.

Johnson Road Baptist Church does not know when things will get back to normal, or if they will after the latest break-in.

Brown said the church has been broken into before.

A security system at Johnson Road Baptist Church is currently in the process of being installed.