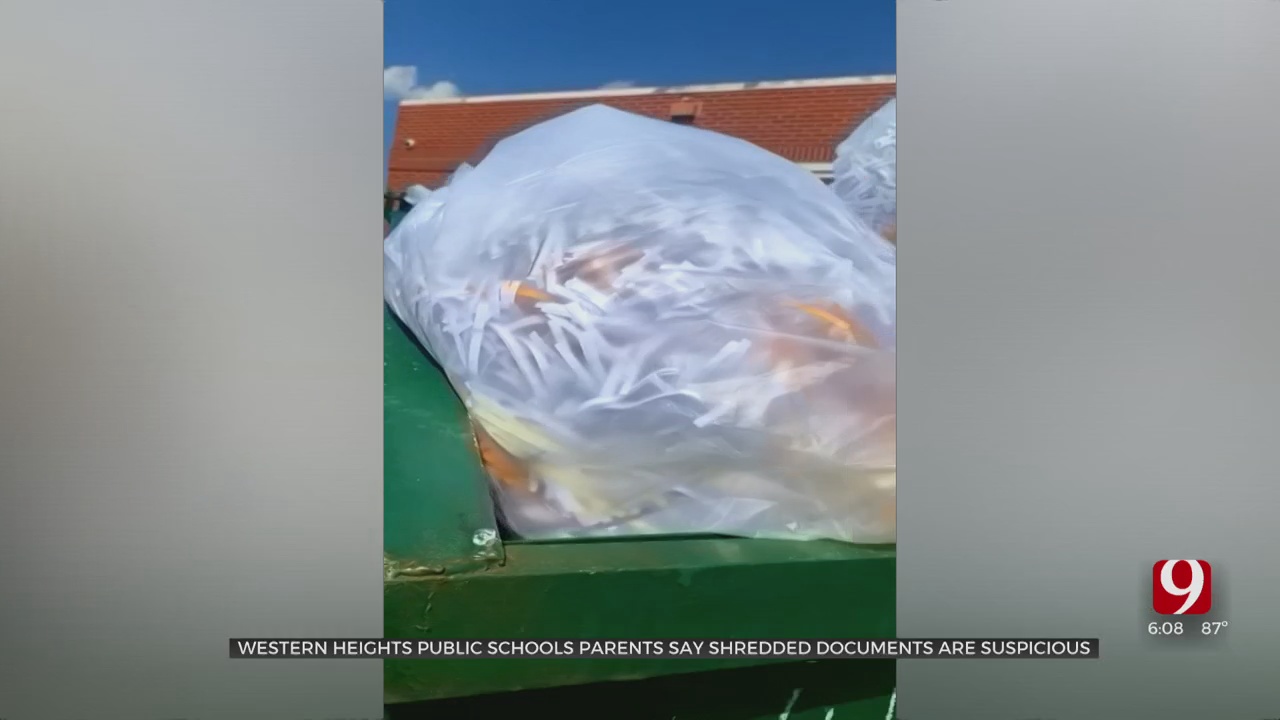 Community members at Western Heights Public Schools were tipped off about suspicious bags of shredded documents and took matters into their own hands.

Some parents and community members in the district didn’t hesitate to go dumpster diving to help the state investigate the school.

“I hope in the end they find what they’re looking for, and things that they’ve thrown away that should not have been thrown away,” said Debbie Spitler, a Western Heights parent.

It all started when a tip came in Monday after the State Board of Education voted to take over administrative powers at the district.

“I got a phone call that I needed to go check out some bags of shredded documents behind the Western Heights administration building,” said Brianna Dodd, a Western Heights district community member.

Dodd was greeted by the district’s lawyer and other staff, who she said told her they were old staff records.

But this doesn’t seem to be the case. Shredded financial documents and statements are dated in recent years.

She said she saw over a dozen bags in the dumpster, and when she came back a little while later, there were only two.

Someone had allegedly taken the bags and thrown them away in numerous bins across campus.

“The three bags that I found were behind the middle school,” said Spitler.

This method of disposing documents did not seem routine.

‘It just looked like a very, very large task to shred almost 15-20 bags of documents...that takes a while with a hand shredder,” said Magaly Rivas, a Western Heights parent.

At Monday’s school board meeting, the Western Heights board voted on an amendment for a contract with Rite Way shred, a document disposal company.

The state Board of Ed sent a letter to the district this week, warning them that destroying documents may be breaking the law.

The state auditor is meeting with the interim superintendent and Western Heights administrators on campus Friday to begin the audit into the school’s finances and operations.