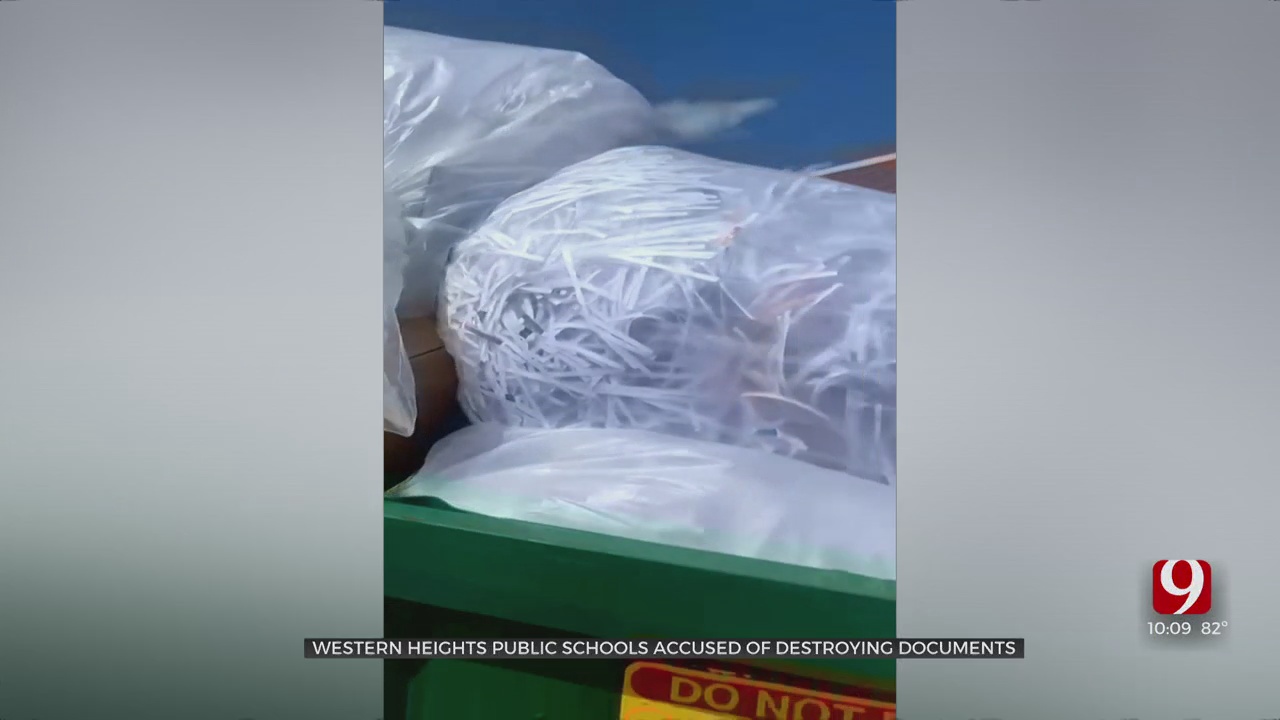 The Oklahoma State Board of Education reported having evidence of the destruction of paper documents belonging to the Western Heights School District Wednesday, as the state engages in a yearlong intervention plan to get the district back on track.

In a decision this week, the district’s 90-day suspension was extended for a year, and the board of education proceeded with its intervention plan by first implementing an interim superintendent.

According to State Superintendent of Public Instruction Joy Hofmeister, the Western Heights District has been unwilling to comply with the interference of the state.

‘OSDE takes this opportunity to again remind the District that its actions in refusing to comply may be illegal, and result in the imposition of personal and criminal liability on District leaders,” a written document on behalf of OSDE said in part.

‘Given the impending state audit of District finances and the need for OSDE staff to access District records to implement the Intervention Plan, as well as applicable state laws and District policies relating to record retention periods, please be advised that any action or conduct to alter or destroy a record may be violation of law and/or deemed to interfere with the authority and obligations of the State Auditor, the OSDE, and the State Board of Education,” the OSDE document continued.

Despite the state’s assignment of Interim Superintendent Monty Guthrie, the Western Heights Board of Education is scheduled to have a meeting Thursday where they will select their own interim superintendent.

We’ll have the latest developments from that meeting in our Thursday newscasts and on News9.com.

OU Students Disappointed In Availability Of Parking On Campus