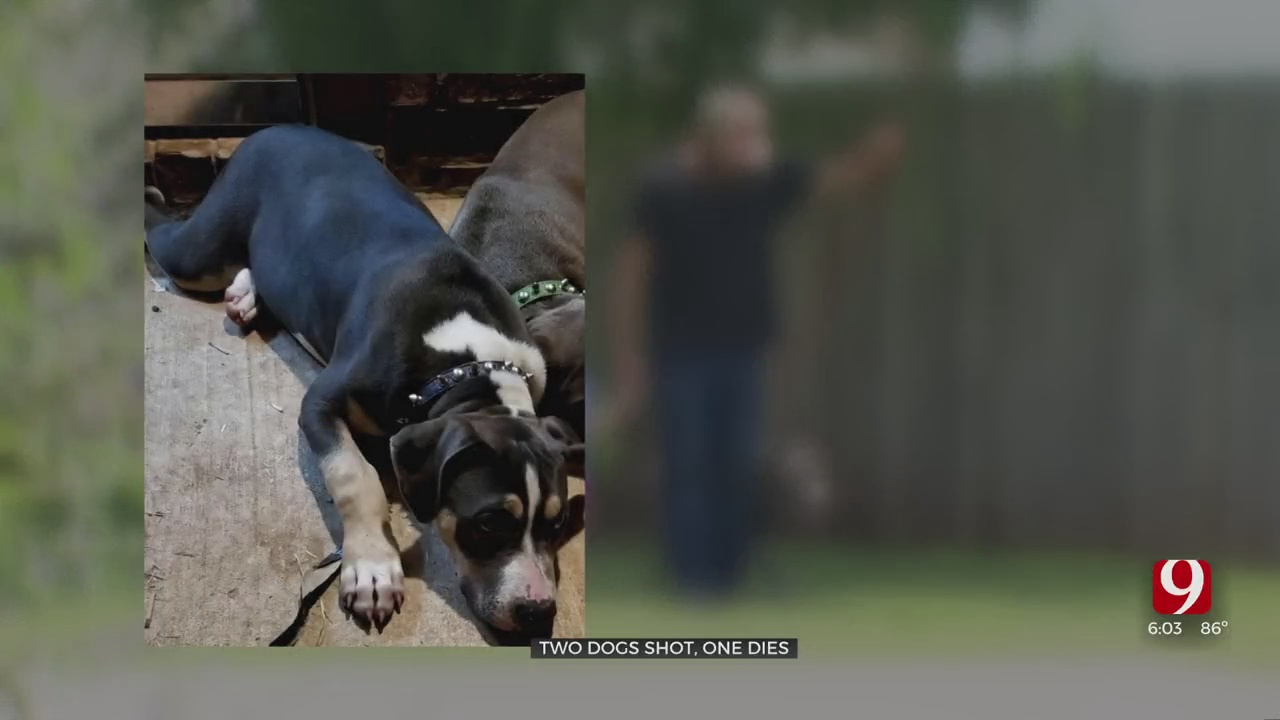 A southwest Oklahoma City couple is devastated after finding two of their missing dogs shot and one of them dead.

The couple is working with OKC Animal Welfare and are hoping to have enough evidence to pursue an animal cruelty case.

The owners said a man, living about a mile away from their home, admitted his involvement to police.

"Kirk was just not giving up talking to people," said Kiera McDonald.

McDonald said that's how she and her boyfriend Kirk learned what happened to their two pit bulls.

Related: SW OKC Couple Searching For Dog After Another Was Found Shot In The Face

About a mile away from their home, the couple said a woman admitted she called animal control twice.

"The reason she made the second call is they chased her inside," said McDonald.

McDonald said she does not believe the dogs were charging out of aggression, but instead they just wanted help.

The woman told the dogs' owners that she contacted her neighbors when no one could respond until the next morning. Apparently, that's when one neighbor came out and shot the dogs.

After hearing the story, McDonald said they called police for help. She said they wanted help finding their dog, June's, body.

"He told the officer he fired off a warning shot and that warning shot is what hit Johnny, and then June charged at his four-wheeler," said McDonald. "So, he got off of the four-wheeler and shot her."

The couple said police led the couple to June's body. It had been dumped by a nearby creek.

Animal welfare said they have this new information from the owners, and they are looking into what happened.

News 9 went to the property where the couple said the man who fired the shots lived.

The man is not facing charges and hasn't been named by an agency, so News 9 isn't using his full name.

News 9 spoke to an unidentified man at the property. He said he had seen News 9's previous story and said the couple did not have proper fencing.

"We completely accept responsibility, our dogs got out of our yard," said McDonald.

But the owners said they want to fight for June and push for change. They said if there's not enough evidence for the animal cruelty charges then they may consider a civil case.