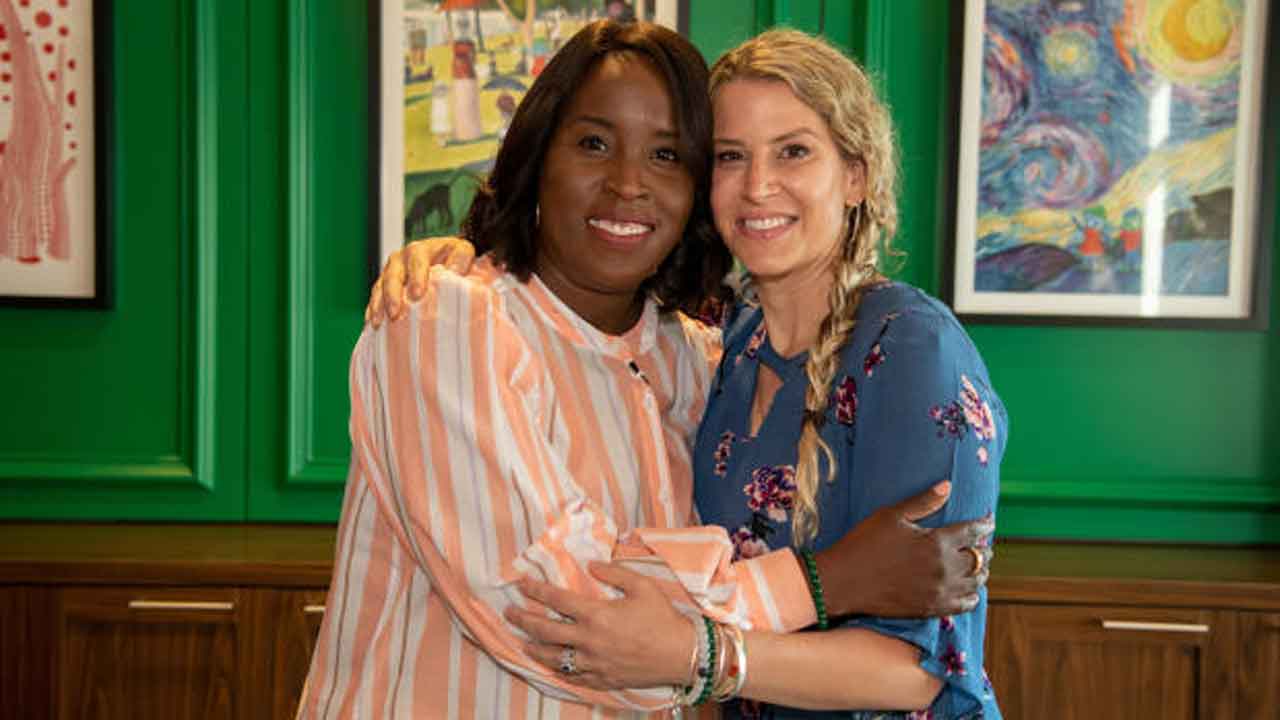 Last year, two women were chatting in the bathroom at work and both discovered their coworker could help save their husband's life.

Tia Wimbush and Susan Ellis worked at Children's Healthcare of Atlanta for over a decade and were in the same department for five years. A mutual friend had told them they had something in common — Wimbush's husband, Rodney, and Ellis' husband, Lance, were experiencing kidney failure.

They confided in each other about their husbands' kidney disease, a condition that affects an estimated 37 million people in the U.S., according to the National Kidney Foundation.

"We were going through the transplant process. Susan and her husband, he was already on the list, she had already gone through the process of getting tested and I had just started. And she had told me in the bathroom that afternoon that she and her husband were not a match," Wimbush told CBS News.

The two started talking about what blood type each of their husbands had — and realized that they could both be a potential match for each other's husbands.

"By the end of October, early November, I found out I was a viable donor and I matched Lance — and I matched my husband, but Susan was an even better match," Wimbush said.

After some setbacks due to the pandemic and Lance's health, the four were able to undergo transplant surgeries — all on the same day. In the early morning of March 19, Ellis' kidney was transplanted to Rodney. Later that day, Wimbush's kidney was given to Lance.

"We are lucky because a lot of men and women and children wait years — and I mean seven to nine years, not just one or two," Ellis told CBS News. "And sometimes, their time on the wait list will outlive them." 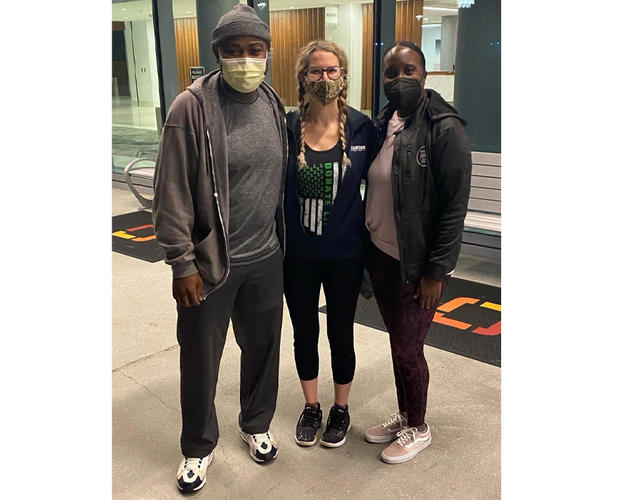 Rodney and Tia Wimbush with Susan Ellis on the day of their surgeries.CHLDREN'S HOSPITAL OF ATLANTA

Wimbush and Ellis said they hope sharing their story inspires others to open up — because you never know who you'll match up with.

"For us, it was the miracle of a kidney transplant that our husbands so desperately needed. But that's how it ended. It didn't start with that in mind," Ellis said."It just started with two working moms and faith followers that needed some camaraderie and some compassion and some support for each other. It was just really a story of kindness."

Going through the transplant process together gave their families a unique bond.

"We skipped friendship," Wimbush said. "We bypassed friendship and we are absolutely family now."