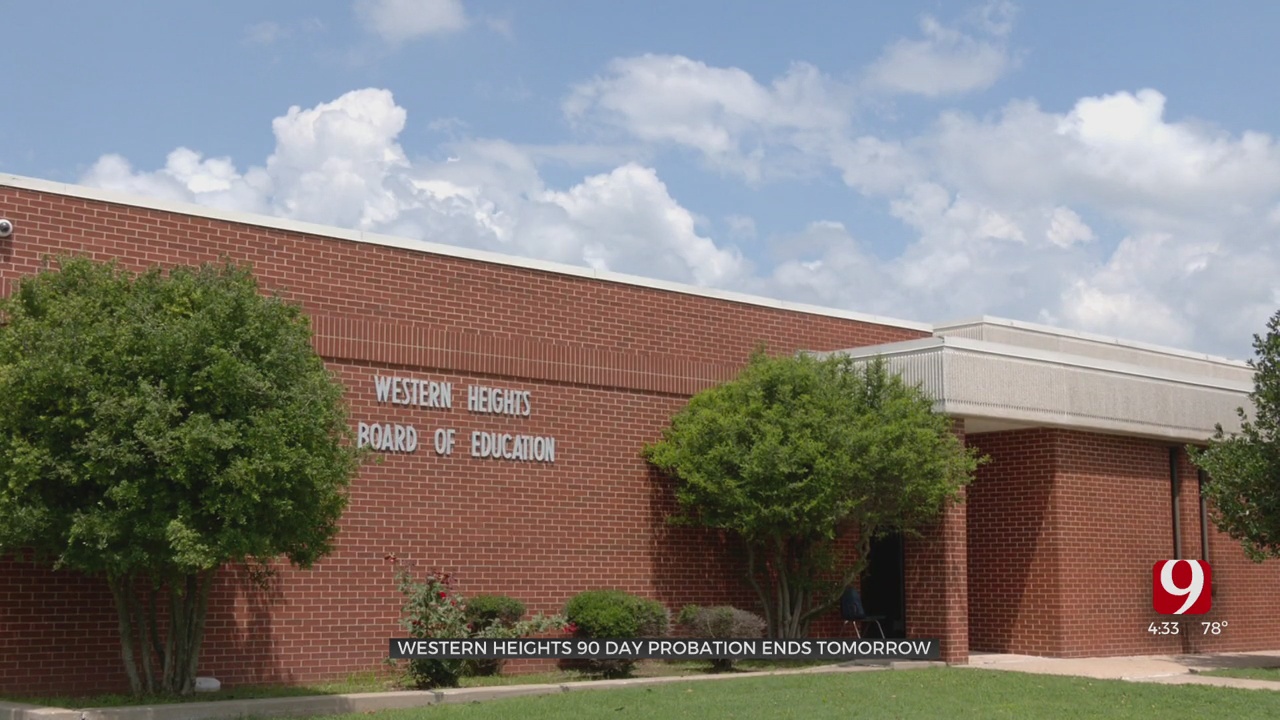 The Western Heights School District is running out of time to make changes, or the state Board of Education could take further action.

The district was put on a 90-day probation back in April.

The state Board of Education sent a notice to Western Heights in June, warning of coming changes if the school failed to make improvements.

State Superintendent of Public Instruction Joy Hofmeister said that it is unclear at this time if the district made the changes that the state asked to see.

“We haven’t seen the steps followed that were outlined by the state department of education and by the state Board of Education, but there is still time,” said Hofmeister.

The state board recommended corrective actions in June after Western Heights School Board initially responded to the probation by filing a lawsuit, failing to focus on student learning loss, and failing to make efforts to retain staff.

Over 100 staff have left the district in the past two years.

The Western Heights School Board is also under fire for continuing to support Mannix Barnes, the previous superintendent whose certification to serve in that position was suspended by the state in June for mismanagement of finances and internal controls.

“He cannot serve as superintendent currently. I do not know what they have done yet, in terms of that. We have not seen a public meeting that reflects any action yet in response to the suspension by the state Board of Education,” said Hofmeister.

The probation was put in place after complaints of financial mismanagement of federal money and high rates of staff resignations. The state is expected to reveal their next steps in response to Western Heights at their regularly scheduled meeting on Monday.

“How we proceed next will depend on any action the board at Western Heights takes between now and then,” said Hofmeister.

The state Board of Education introduced possible interventions at a June meeting. Interventions may include removing accreditation from the district and annexing the students to other schools, which could be Mustang, or Oklahoma City Public Schools, which are nearby. Or they could step in and administer Western Heights with state staff. The board might also choose to appoint interim management or a liaison.