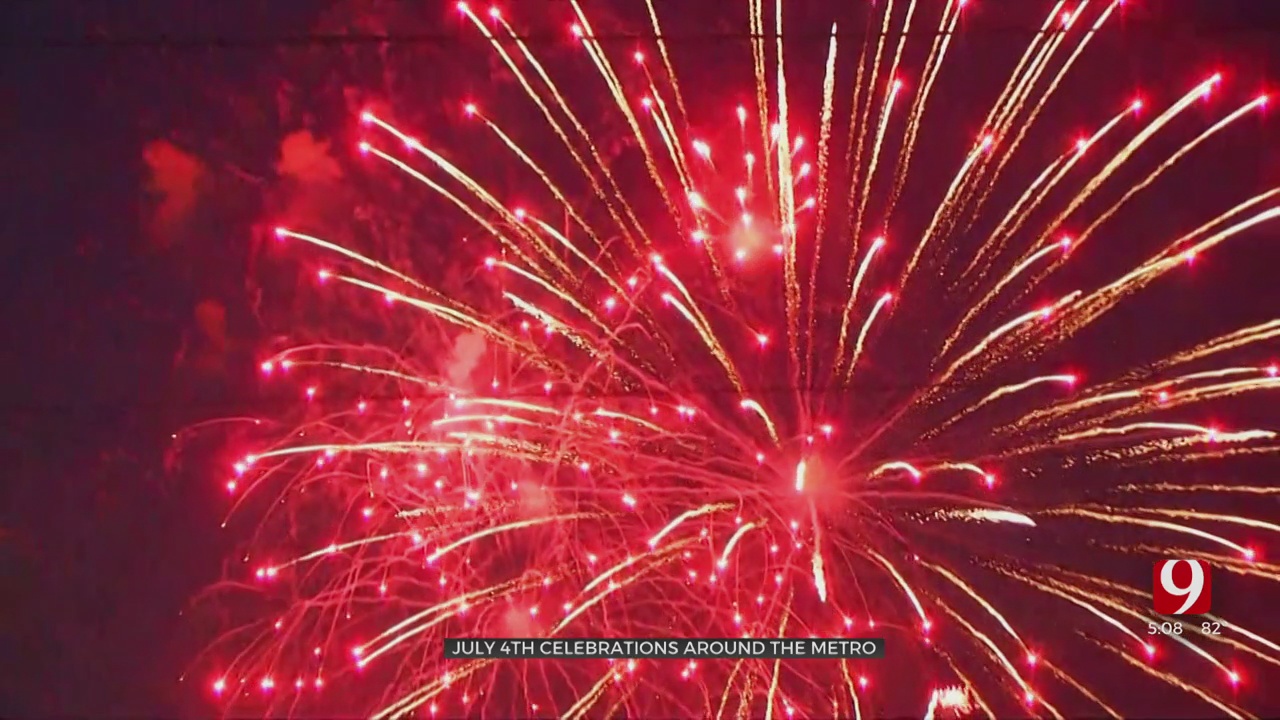 This Fourth of July, America will celebrate its 245th birthday and there are celebrations planned all over the metro.

This is year 49 for Edmond’s LibertyFest and chairman Bob Meinders said it’s a big weekend for the city.

“July 3rd we’ve got the parade in the morning and park fest in the afternoon. And then it all culminates with the fireworks being shot on the 4th which is Sunday. The show will start a little after 9:30,” Meinders said.

Fireworks will be launched from Hafer Park, but the park will be completely closed all day on Sunday.

Midwest City’s tribute to LibertyFest at Regional Park is another big attraction. Festivities start around 6 p.m. with food trucks, fun, and music.

Festivities kick off at 6 p.m. with a group impersonating The Andrews Sisters.

“About 7:30 a group called Sold Out is going to take the stage and they are going to play right up until the fireworks start at 9:45 p.m.,” Midwest City Communications and Marketing Director Josh Ryan said.

With all the recent rain the events have been moved to the parking lot just east of the playground.

Street will not be closed in Midwest City, however, expect heavy traffic in the area of Douglas and Reno.

Yukon’s Freedom fest will take place Saturday and Sunday with activities for the whole family.

The fireworks are planned for Saturday and Sunday evening. Daytime events will be at City Park, and evening events will be a Chisholm Trail Park. Due to the recent rain, the car show has been moved to the Yukon community center parking lot.

Norman, Moore, Bethany, and many other cities will be hosting events as well as a block party in Bricktown and Red, White and Boom, on Saturday at Scissortail Park.