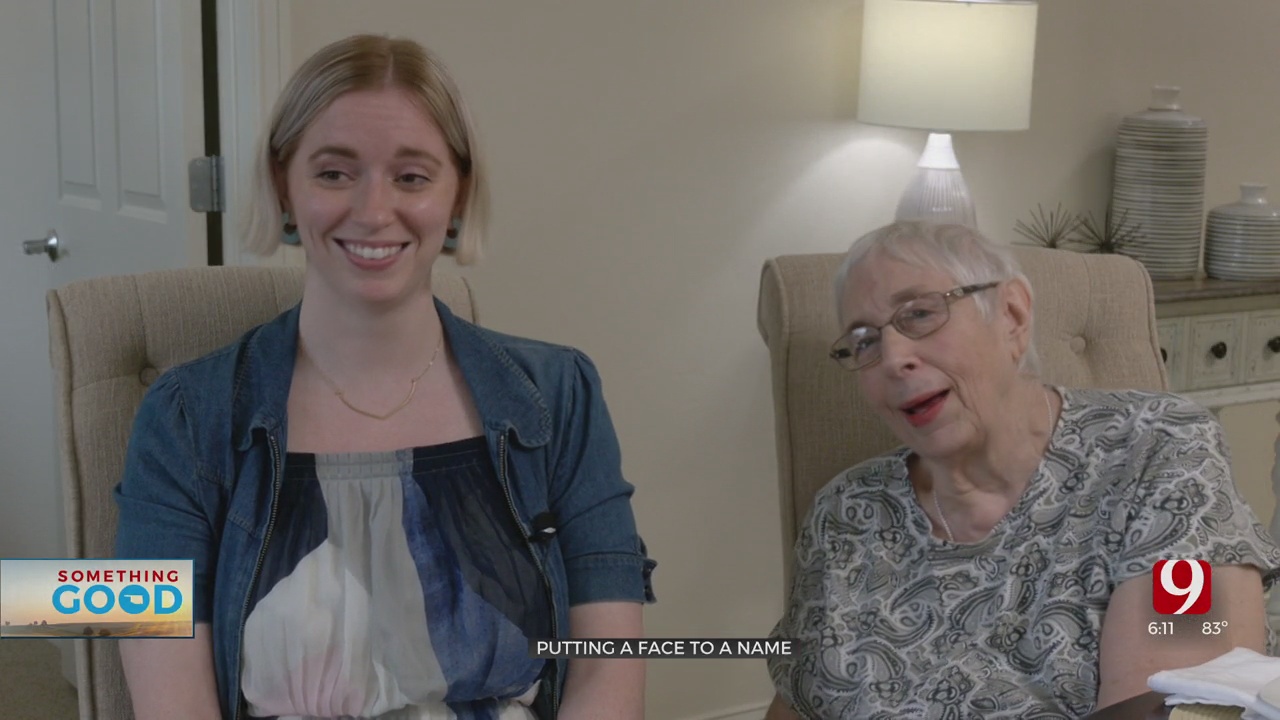 It's a meeting months in the making. Jordan Brodmerkel and Cathy Filer are meeting for the first time, but they are far from strangers.

"Finally, being able to put a name to a face," Jordan said.

Jordan lives in New York City but she's from Edmond. She wanted to find a way to give back during the pandemic. One of her high school friends works at Concordia, and she asked her if any of the residents might want to become pen pals.

"I was the only one that volunteered. No one else liked writing letters," Cathy, a Concordia Life Plan Community resident said.

Cathy and Jordan started writing to each other in September. The two didn't have many similarities on paper.

"We don't have a whole lot in common except we're locked up," Cathy said.

But it turns out, these pen pals were just right for each other.

"Cathy just told me about her life and was direct and to the point and explained how she was feeling during this time," Jordan said. "It allowed me to see her as an individual and a human and connect with that."

Each letter fighting the feeling that enveloped many of us during the pandemic, loneliness, and not just for Cathy.

"It was just nice having somebody else who was like, I do not get to see my family right now," Jordan said.

"Being alone most of the time and TV being one big repeat after the other, it gave me something to center myself on," Cathy said.

It's a story of two people separated by generations and distance, coming together when they needed it the most.

"I mean, she could be a granddaughter to me," Cathy said.