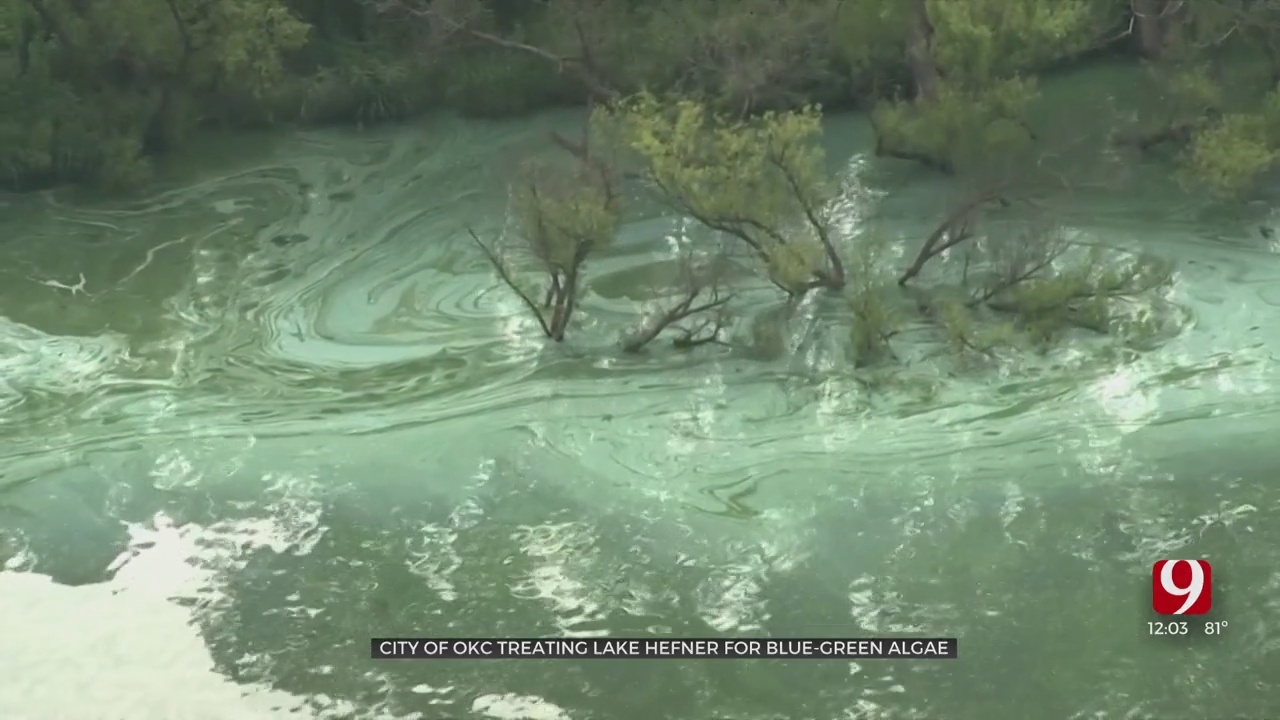 Firefighters responded to the area of Lake Hefner Drive and Canal Road after a runner said they saw something strange in the water.

A haz-mat crew responded to the report of a possible green chemical dump and quickly ruled out a chemical dump.

Officials from water department went to test the water and determined it was blue-green algae.

The fire department said certain coves in the lake have been treated for blue-green algae and the treatment started a week and a half ago.

The city released a statement Monday and said due to recent rainfall events, blue-green algae is present at Lake Hefner.

The thick, green algae along the water's edge is harmless, but the blue-green algae blooms can produce toxins that can be harmful to people and animals.

The city said it is important to:

Swimming is the most obvious exposure risk to blue-green algae, but swimming isn’t allowed on Oklahoma City lakes. But people boating, fishing and otherwise enjoying the lake’s recreational opportunities should take precautions and avoid areas with visible algae accumulation.

Lake Hefner is one of Oklahoma City’s seven drinking water reservoirs. The City’s drinking water remains safe to drink. The treatment process brings water into the plant from well below where the algae blooms are.