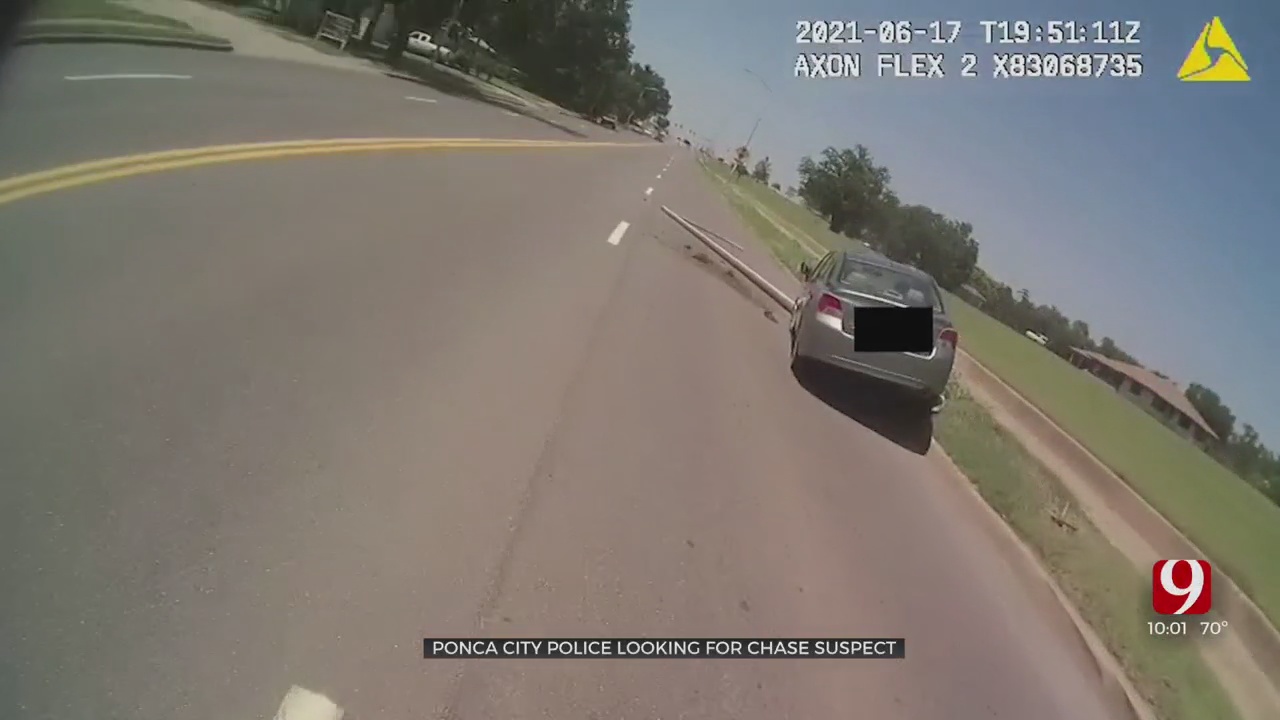 A Ponca City man is on the run after leading police on a high-speed chase in the middle of the day.

Officers wanted to speak with Rodas regarding a drug crime.

“When they got over to the area where he lived, he left the scene in a vehicle,” Ponca City police Sgt. Jeff Woodward said. “They initiated a traffic stop on him and he stopped initially.”

The officer recognized Rodas and knew he had several warrants out for his arrest in Kay County.

As soon as the officer asked Rodas to step out of the vehicle, Rodas is seen on police bodycam video turning his hat around and speeding off.

Officers chased Rodas through the city. At times, the chase reached speeds nearing 80 miles per hour.

“Towards the end of the pursuit, speeds were getting too high and it was in the middle of the day, so the officers decided to start backing off,” Woodward said. “Right before they discontinued the pursuit, the suspect pulled onto the main thoroughfares and sideswiped another vehicle.”

A 63-year-old and 69-year-old woman were inside the vehicle, as was a 6-year-old. They had minor injuries.

Moments following the collision, a passerby called 911 to report a vehicle smoking in the 1800 block of Northeast Woodlands Ave.

Officers immediately identified the vehicle belonging to Rodas. Police said meth was discovered in the vehicle after obtaining a search warrant.

“Turns out his brakes were smoking because of the speeds he was going and his driving behavior, which was very wreckless,” Woodward said. “He was gone from the scene.”

“When they don’t want to be caught and go to jail, they are only thinking about themselves and trying to get away,” Woodward said. “They’re not thinking about anybody else that could be in danger.”