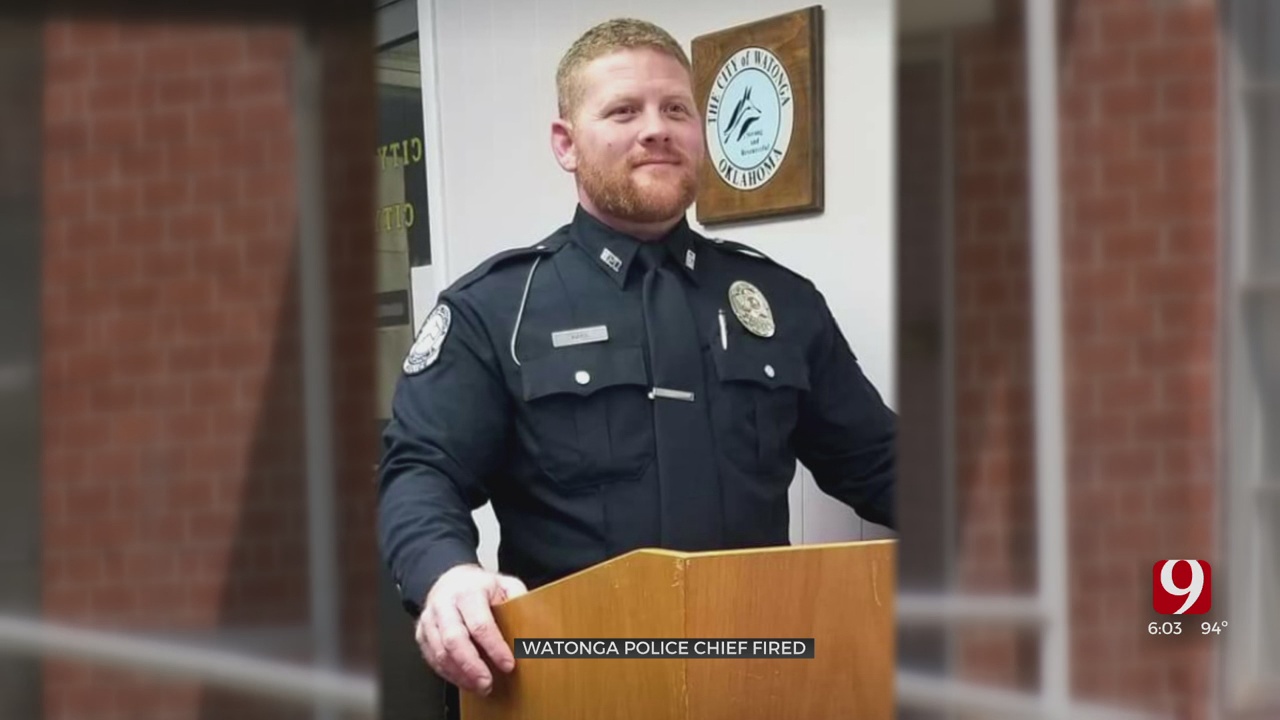 Watonga's city manager has fired the chief of police after he was served an emergency protective order.

It comes in the early stages of an OSBI investigation into Shawn Kays.

News 9 started looking into Kays after we were sent a video from a viewer. That person claimed Kays is one of the people involved in what appears to be a rough arrest allegedly from 2019.

He said the video was turned over to the assistant district attorney right after the incident, but no charges were ever filed.

Mitchell told News 9, as of Monday, Kays had just been demoted and put on probation after a recent review of events. Mitchell wouldn't say what those events were.

"It's unfortunate but we received an emergency protective order for Shawn Kays Chief of Police," said Danny Aytes with the Blaine County Sheriff's Office.

But then a petition for an emergency order of protection was filled out by a woman who lives in Watonga.

She said she was in a relationship with Kays, and said he allegedly threatened and harassed her. She wrote that Monday she started to receive phone calls about a "flyer" that had been distributed. The woman claimed that flyer showed obscene material involving her and Kays.

The Blaine County sheriff said they served the order and then turned everything over to the OSBI for investigation.

OSBI confirmed Monday the Blaine County DA requested they investigate obscene material in and around the City of Watonga. That's all the information the agency could share at this time.

We reached back out to the city manager, but all he could say was Kays had been dismissed.

News 9 is hoping to get more information in the coming days from OSBI.