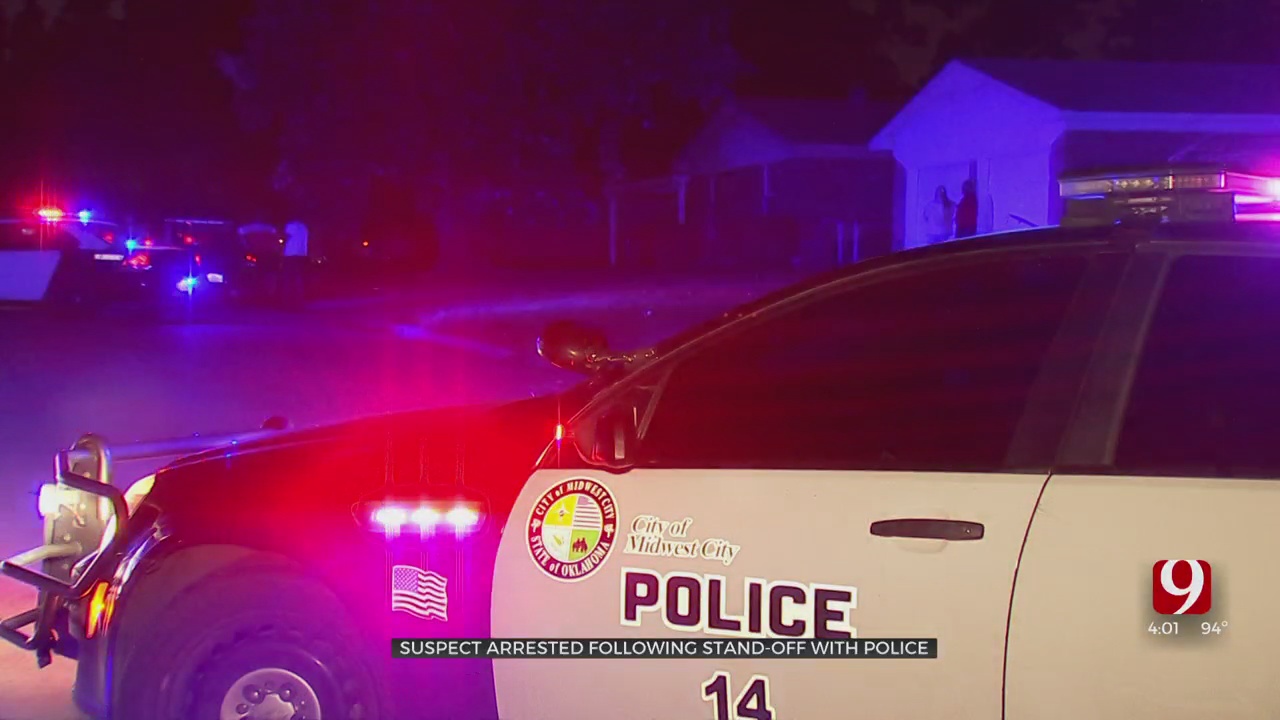 A standoff lasting for several hours in Midwest City ended peacefully and the suspect was arrested. Police said the man shot a 13-year-old boy and then refused to let him leave the home.

"It's the first time I had been around something that happened like this," said Cynthia Brown, a neighbor.

Dispatchers received a 911 call just before 10 p.m. Sunday night that a 13-year-old boy had been shot at a home near Northeast 10th and Air Depot.

"Officers responded and upon arrival they discovered that the victim was still inside the house," said Sid Porter, with Midwest City Police. "The suspect was not wanting to personally come outside."

According to the affidavit, the teens grandmother told police he was shot by his grandfather, identified as 69-year-old Michael Swanson.

The report goes on to say the teen told officers he and Swanson had gotten into an argument.  Moments later, Swanson came into his room pulled out a gun and shot him in the stomach.

"It was just shocking to hear it," neighbor Glenn Washington said. "Him and his grandson they were two peas in a pod, and I'm like what happened?"

Eventually, the teen was allowed to leave the house and was taken to OU Health for multiple injuries. However, Swanson still refused to come out. That's when negotiators were called to the scene.

"They negotiated for several hours and then approximately 4 and a half hours later SWAT team with tactics were able to get the subject to exit the house and take him into custody," Porter said.