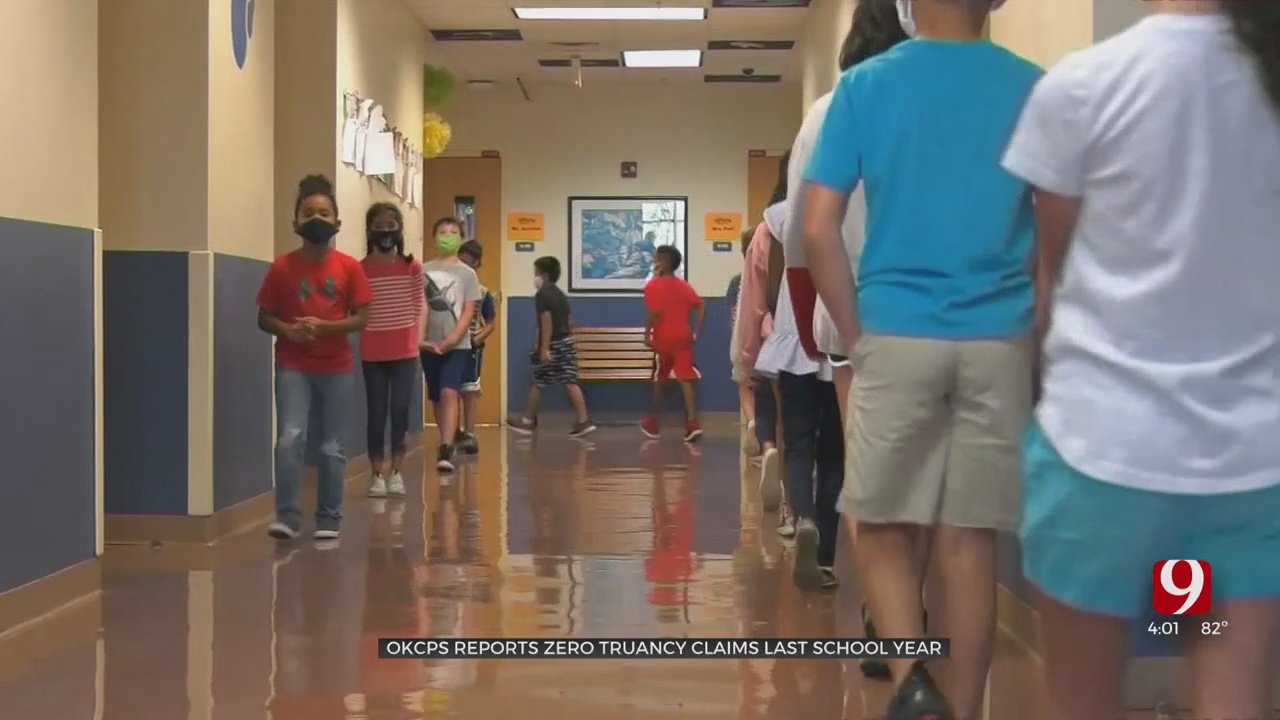 This milestone marks a shift in policy for the district, according to Tracey Alvarez, OKCPS coordinator of attendance advocacy and student supports.

“We’ve really punished a lot of parents just for being poor. We’ve punished a lot of kids for having poor parents and being born into poverty,” Alvarez said. “Instead of really trying to figure out why they’re not in school, what are the root causes for why are they getting in trouble all the time?”

Instead of issuing citations, they now connect families with resources when they receive an alert from the school about a student with excessive absences.

“If your basic needs aren’t met, it’s kind of hard to focus on the next step, which is getting your kids back in school. We see a lot of issues with food. People just starving,” Sgt. Jordan Wacker, Youth Enrichment Services officer said. “Those families are so inundated with their problems they can’t even think to get to that next step.”

The team partners with nonprofits in the community to distribute clothes, food, furniture and other types of resources. The Department of Health Services worked with the YES team to allow officers to connect families with benefits.

During COVID school shutdowns, the team delivered Wi-Fi hotspots to students who did not have internet to attend classes.

Wacker said officers have focused on providing immediate needs discovered during their house calls for a couple of years. In 2018, they distributed lice kits to families whose kids weren’t able to return to school until their lice issue was resolved.

But summer of 2020 brought an even more abrupt shift from punitive truancy enforcement toward community service.

OKCPS Chief of Equity and Student Supports Marsha Herron said her office began working with the YES Team to get officers on board with other community outreach efforts.

“Which gave them the first look at like, what does this look like, when we’re having these contacts with kids, especially Black and brown kids. What does that look like,” Herron said. “What are the outcomes, what does it mean when I arrest a student and take them down to the [Community Intervention Center], what happens?”