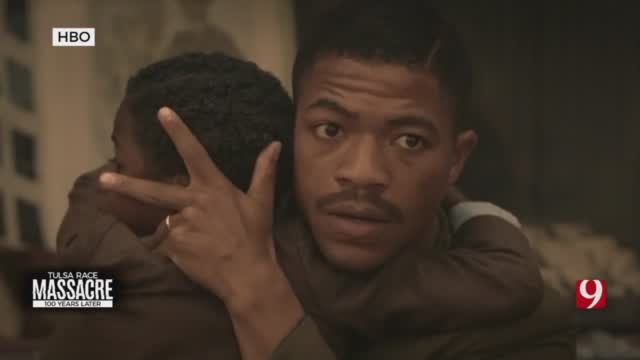 What was once hidden from history is now in a national spotlight.

TV and film producers, artists, and celebrities are letting the world know about the 1921 Tulsa Race Massacre.

An award-wining comic series, an immersive recreation of Greenwood—shot in Tulsa—on YouTube, NBA superstars, and one of the most popular podcasts in America are just a handful of examples of how the story of Black Wall Street—it’s destruction and rebirth—is spreading around the world.

“A pop-cultural opportunity to share, to introduce something that actually happened, a very significant moment in U.S. history. And that happened here in Tulsa, Oklahoma,” Quraysh Ali Lansana said.

Quraysh Ali Lansana is a poet, writer, and acting Director of The Center for Truth, Racial Healing, And Transformation at OSU-Tulsa. He teaches young people about Black Wall Street and the 1921 Race Massacre. He said many of them are learning about it for the first time.

“I feel like the younger generations know less about this district, and that is disturbing yet not surprising,” Lansana said.

In the show, the Race Massacre is graphically depicted, and the show creator Damon Lindelof was even a part of Tulsa’s 2020 Juneteenth Block Party.

Most of what remains of turn-of-the-century Black Wall Street is along Greenwood Avenue. But Tulsan artist Eddye K. Allen said the hope is the message and the artwork of what happened here spreads all around the world.

Eddye said she sees the global increase in awareness of Greenwood through selling artwork to Hollywood actors and several European patrons. And she believes her inspiration starts here.

“It’s kind of cool to know that everything comes full circle. And I’m home; that seems to be where you get the most love,” Eddye said.

A two-hour documentary he executive-produced called Tulsa Burning airs May 30th on the History Channel.

Quraysh has also written a children’s book about a Black girl whose family lives in 1920s Greenwood.

He believes this continued retelling of what happened in Tulsa will help encourage young Black artists and performers to believe in their talent and themselves.

“Black youth or youth of color who don’t see themselves reflected in places don’t think there are opportunities for them to dream, build,” Quraysh said.

But art, and artists, always find a way.

“Don’t ever stop a kid that wants to color. That was something my mom never took away from me, and I did everything. But art seems to find a way right back to where it is home,” Eddye said.