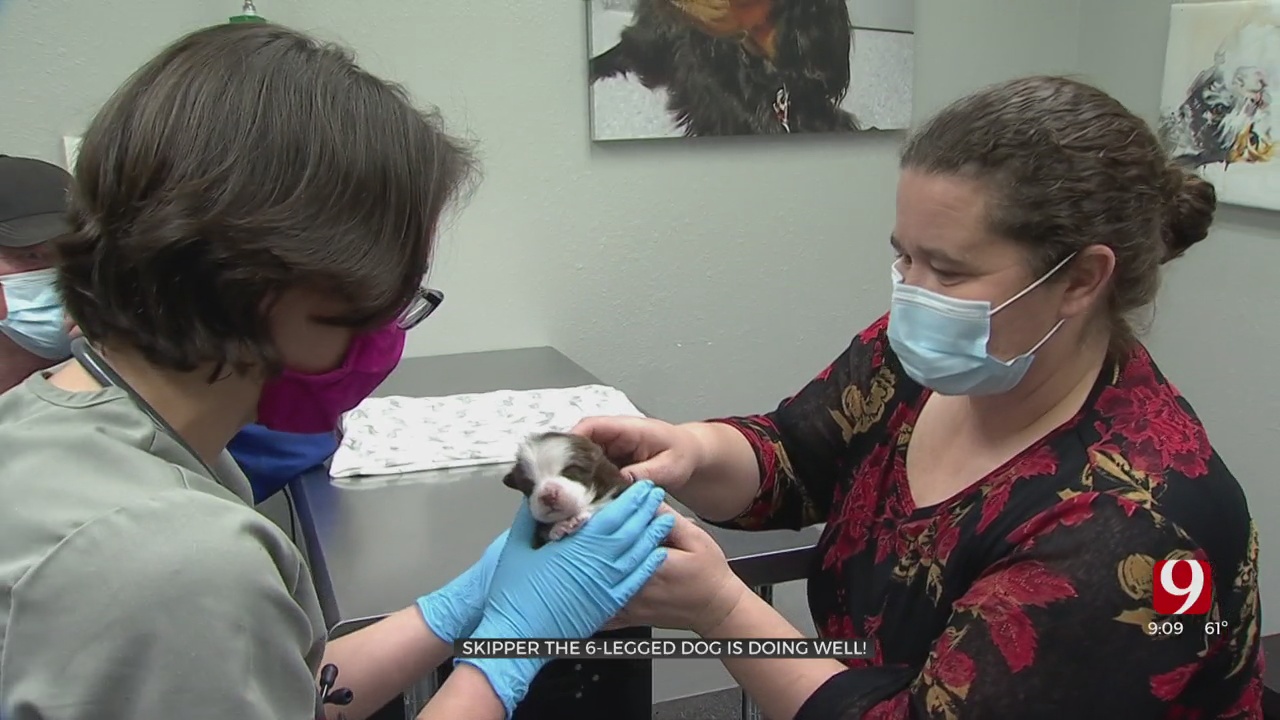 It's been about a month since Skipper the six-legged puppy took social media by storm.

The pup was born with six legs and two tails.

News 9 caught up with the pup's owner for an exclusive look at her progress.

"When the mom rejected her, my daughter Elizabeth brought her up to OKC and gave her to me," said Jennifer Golden, the pup's mom. "Her six legs are awesome. All six legs work and two tails, of course."

This is where the story began. Since Skipper's second day she has been loved by the Golden family.

Now the family is navigating how to care for a puppy with a couple of extra limbs.

The dog's owner says it is just a little more cleanup by having everything doubled from the waist down, but they could not imagine where they would be without Skipper joining their family.

"Right now, we have no indication that she is feeling any pain or discomfort. She is healthy. She is strong. She is doing everything a normal puppy should do," said Alison Everett with Neel Veterinary Hospital.

With thousands cheering her on, one fan, in particular, is really helping out.

"The vet called me and said, by the way, Milk-Bone called, and they are going to donate some money for her bills," said Golden.

And Milk-Bone bones for the entire long, healthy life she's expected to live.

"Sometimes stressful, sometimes the best thing in the world," said Golden. "She is a blessing."

Skipper is now being fitted for a back brace, and the most exciting thing happened just yesterday when her eyes opened.

Teachers are educating their students about Skipper’s story as the Neel Veterinary Hospital is receiving letters from both students and teachers.