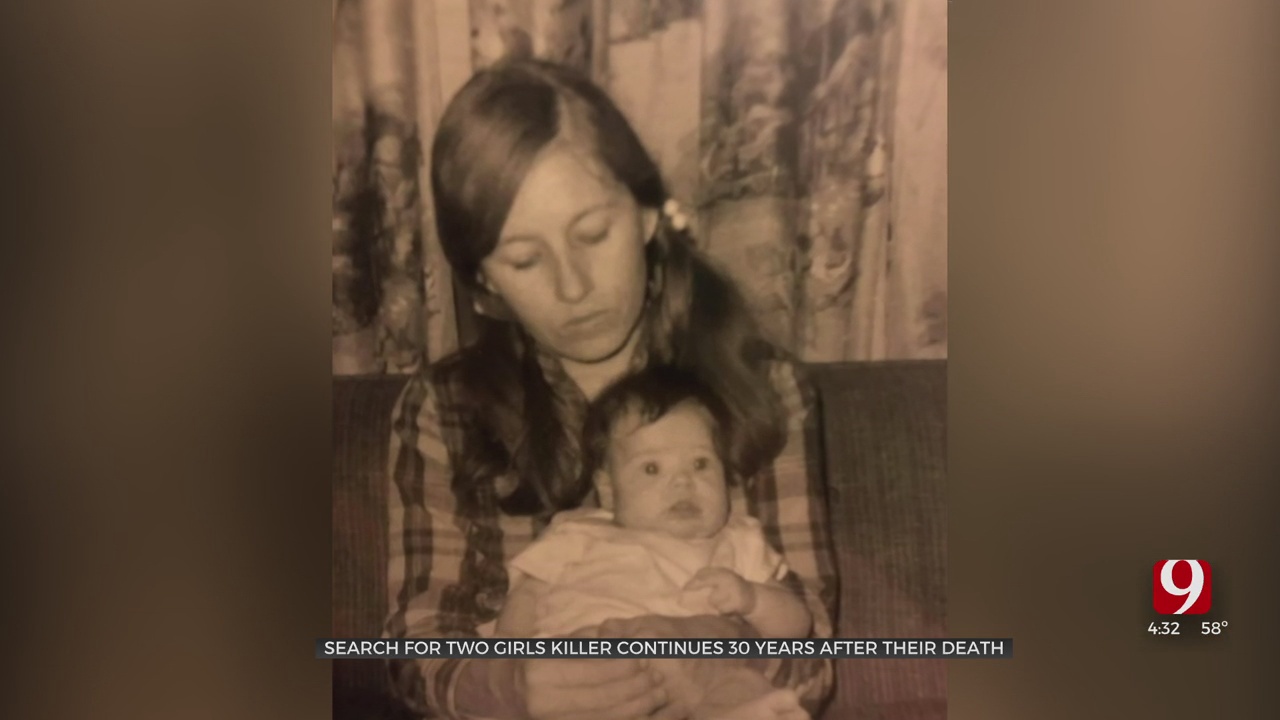 Two Oklahoma sisters went missing and were found dead more than 30 years ago and their family has been searching for answers ever since.

The girls' mother, Charlette Pennington, died earlier this week without finding out who killed her daughters.

Alan Pennington, Charlette's son, said he won't stop until he can go to his parent's graveside and say, "Mom, Dad, we finally got him."

Shortly after, she passed without knowing who was to blame for killing her two daughters, Cheryl Genzer and Lisa Pennington, 34 years ago.

Cheryl Genzer and Lisa Pennington went missing in 1987 after leaving the state fair. They were found a month later, buried a shallow grave.

Since their killings, the Pennington family has searched for answers.

"My mom and dad were putting flyers up in Britton, asking people if they've seen them," said Pennington. "There's not a day goes by and I don't think about it. I used to have dreams that my sisters would come see me in my dreams."

One man, Lane Henley, was arrested and charged for the murders. Those charges were eventually dropped after the main witness recanted his testimony. The police investigation remained stagnant for years, so Charlette Pennington enlisted the help of journalist-turned-private investigator, Dorian Quillen.

"We spent 15 years; I would say hundreds of thousands of hours. We absorbed this case," Quillen said.

Right by Quillen and her partner's side every step of the investigation was Charlette Pennington.

"She was all in. She never quit looking. Never quit searching. Always wanting justice," said Quillen. "I've got a list of statements that they were told over the years by people downtown."

Guillen said despite the discouragement, she's not stopping until the murders are solved.

"I made a promise to her and I'm going to keep it, and I feel like we do have a second, third, fourth wind in this case," Quillen said.

She said there is a whole list of evidence still needing testing. The Oklahoma City Police Department did not wish to comment on this case.