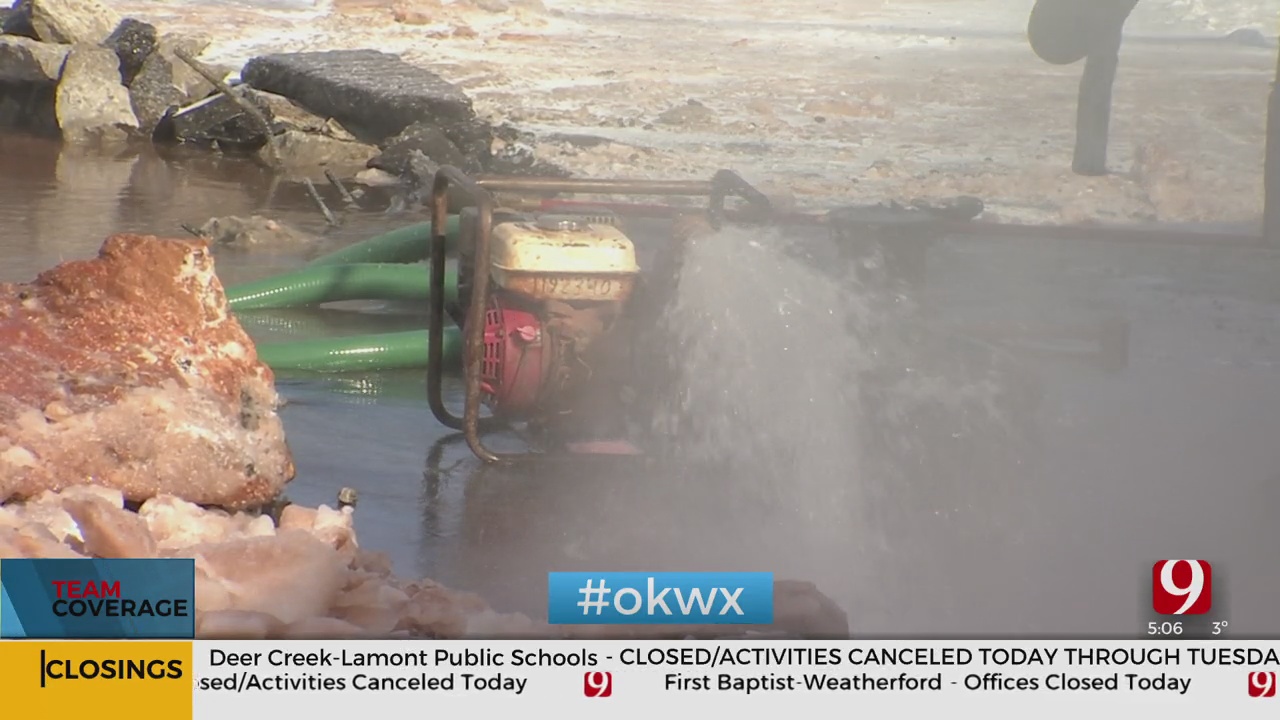 Residents across the Oklahoma City metro woke up on Monday without water. Not because of frozen pipes but water main breaks.

Oklahoma City utility crews have been working all hours of the day in below freezing temperatures to repair the lines.

“It’s rolling,” said Jennifer McClintock of Oklahoma City's Utilities Department. “Once you get one fixed, another one may pop up.”

Oklahoma City utility officials said at one point crews were responding to 21 water main breaks. One near Northwest 50th and Portland Avenue happened in the overnight hours to unsuspecting residents.

“I attempted to get to work and realized our street was completely flooded,” said Jennifer Hopkins, an Oklahoma City resident.

Hopkins turned around to go back home but wound up stuck in nearly a foot of icy slush. Even her husband's shovel could not break the car free.

“The water is almost to the rim of my tire,” said Hopkins. “And it’s luckily still pretty liquid but I don’t have traction to get up to move out.”

Besides a stranded car, Hopkins was one of many residents in the area to go without water for hours. City crews had to turn off the water to dozens of home and dig a large hole in order to fix the busted lines.

“During extreme temperatures, operations do go a little more slowly,” said McClintock. “Because we have added safety precautions not only the temperatures themselves but have often times have to dig through a bunch of ice once we get down into the hole.”

McClintock said that could take anywhere from four to eight hours, or longer. The city’s utilities department knew there was a possibility for a high number of breaks and have crews on standby to begin work as quickly as possible.