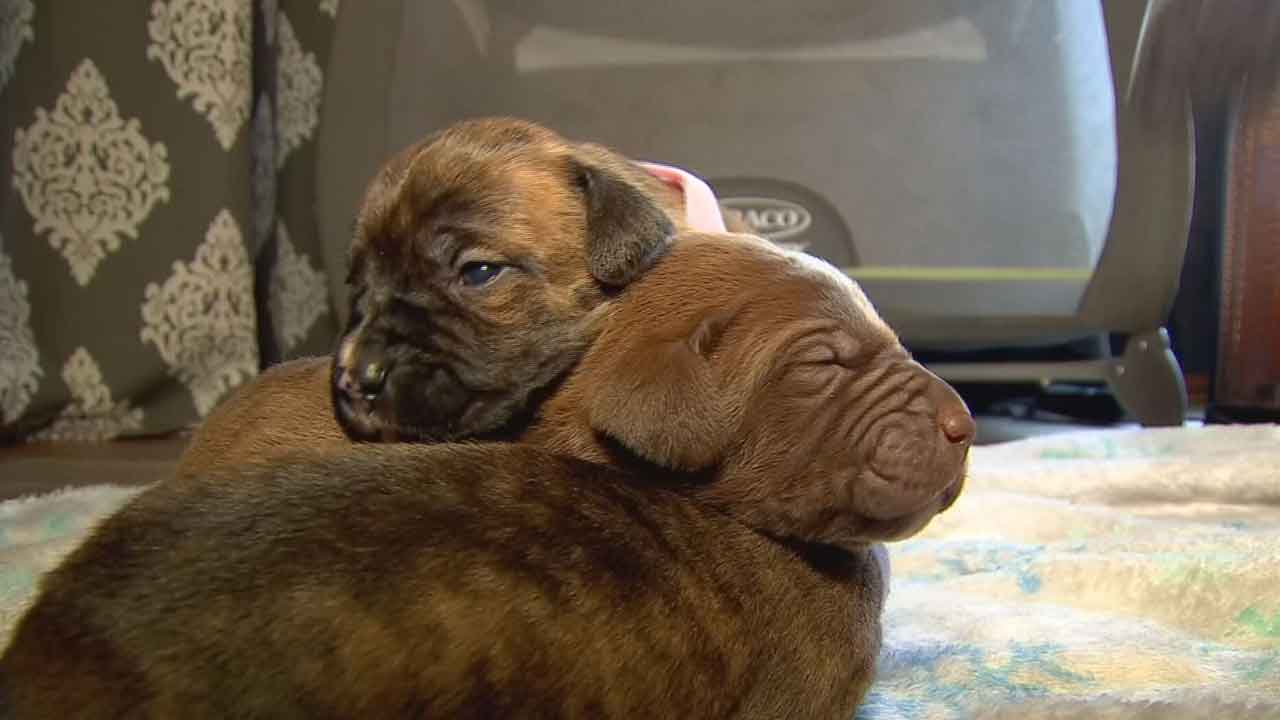 Five puppies were discovered on Tuesday in a metro Walmart parking lot by a dumpster. The nearly frozen puppies were nursed back to health by a local animal rescue volunteer.

“I’m on my way. I’ll be there to get them,” said Erin Mangrum, volunteer for County Road Animal Rescue.

That was Mangrum's first response to a call she got from the Bethany Animal Shelter on Tuesday.

Mangrum said five, two-week-old puppies were brought to the shelter, struggling to survive. They were left in a Walmart parking lot near Northwest Expressway and Council Road. The mother was nowhere in sight and the temperature was well below freezing. A citizen discovered the puppies and took them to the Bethany Animal Shelter.

“You could see they were just frozen,” said Liesl Welu, Bethany Animal Shelter. “So, I rushed them in and Liz came out and we got the heat lamp going, got some milk going.”

When the animal shelter employees handed the puppies off to Mangrum, they knew the newborns were in caring hands.

“She does pull a lot of dogs from us that are in desperate need,” said Elizabeth Hodgson, Bethany Animal Shelter. “Especially the young puppies.”

Two days later and the litter is thriving.

Mangrum said when their story was posted on the rescue's Facebook page, people were outraged the litter was left out in the cold to die. Donations also rolled in to help the puppies through the first critical weeks.

“Once they hit about six, seven weeks we’ll start vaccinations and they will be eligible for adoption at eight weeks,” said Mangrum.

She has named each of puppies and calls them "The Fighting Irish Crew."

“They will be ready around St. Patrick’s Day,” said Mangrum. “And we are always in need of donations for guys like these.”

You can donate by going to the County Roads Animal Rescue website or on the organization’s Venmo account.