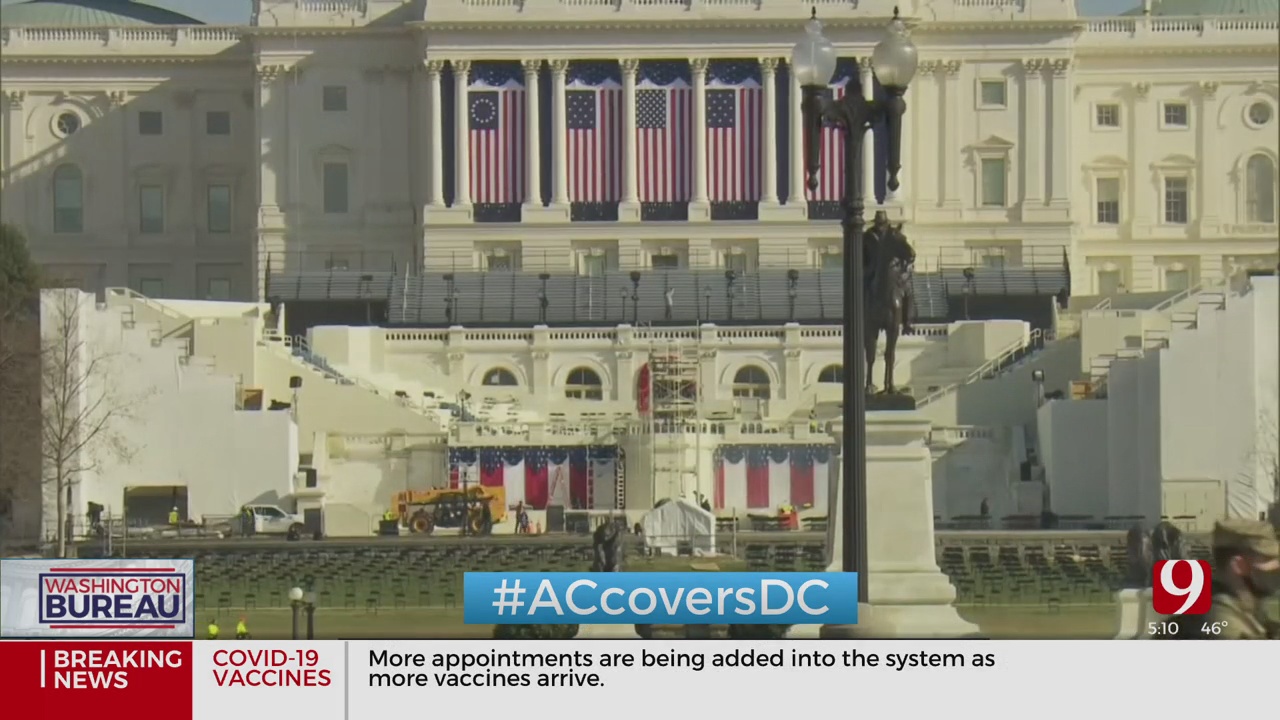 On the eve of the inauguration of Joe Biden and Kamala Harris as the nation's next president and vice president, security is at a level never before seen for such an event. Much of downtown Washington is inaccessible to all but those with the highest security clearance.

As many as 20,000 members of the National Guard -- many of them armed -- are now stationed around the Capitol, the National Mall, and along a perimeter several blocks out. Concrete barricades; seven-foot high, non-scalable fencing and large trucks block intersections and access points.

The unprecedented precautions are being taken to help insure the transfer of power on Wednesday looks nothing like the Jan. 6 siege at the Capitol, which left five people dead.

On the Senate's first day back since the insurrection, and on the last full day he'll be Senate majority leader, Sen. Mitch McConnell was blunt in placing blame.

"The mob was fed lies," the Republican senator from Kentucky said. "They were provoked by the president and other powerful people,"

Senators got back to work on Tuesday and began with confirmation hearings for five Biden nominees; the heads of the state department, treasury, Pentagon, homeland security, and national intelligence.

"But he's been very clear that he does not support complete repeal of 2017 tax law," Yellen testified.

It's still not known when the impeachment trial will begin, as House Speaker Nancy Pelosi has yet to transfer the article of impeachment to the Senate. There was speculation it might get started on Wednesday, at almost the same time as Biden would be taking his oath, but that apparently won't be the case.

"We'll have a safe and successful inaugural right here on the west front of the Capitol," McConnell said.