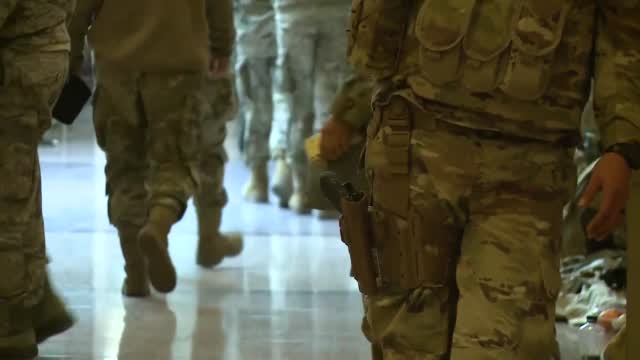 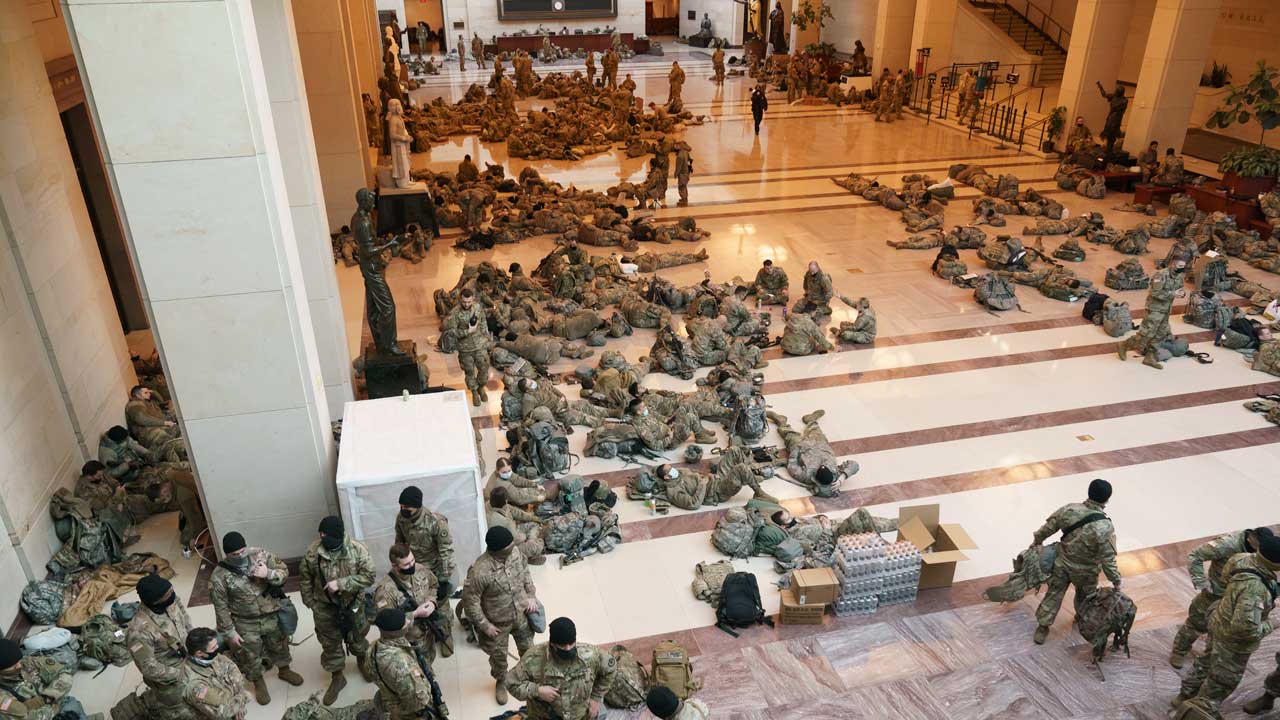 The Capitol Visitor Center, an airy complex that usually hosts tourists from across the country during the visits to the nation's Capitol, was filled instead with thousands of National Guard troops on Wednesday due to a "very high" threat level. The troops were lying on the hard marble floors, some cradling their guns as they napped after a long night of keeping watch over the Capitol complex.

A defense official told CBS News that the threat level at the Capitol is "very high" right now, even "higher than has been reported" in the press. This warning comes the week after insurgents overran the Capitol in a deadly attack, resulting in the deaths of five people. The House is voting on an article of impeachment against President Trump Wednesday on the charge of inciting the riots that occurred by his supporters exactly one week ago.

There were approximately 2,000 troops at the Capitol as of Wednesday morning. They're authorized to carry arms, although not all of them are armed. Acting Defense Secretary Mark Miller has delegated authority to carry arms and use force to the Army secretary in order to avoid losing any time in securing approvals, should the need arise. A Defense Department official also confirmed that the National Guard is now planning to bring 20,000 troops to Washington – an increase of 5,000.

Although the majority of the National Guard were concentrated in the Capitol Visitor Center, troops were stationed around the complex. They gathered in Statuary Hall, with one group posing for a photograph in front of the statue of civil rights icon Rosa Parks. A spokesperson for Speaker Nancy Pelosi confirmed on Twitter that the speaker had visited the troops standing guard outside of the Capitol to thank them for their service.

Some troops chatted with reporters, waiting in line for coffee at the cafe in the House basement or simply reaching out as members of the press scoped out the scene in the visitor center. One guardsman holding a large gun commented to CBS News that this was his first time in the Capitol. He described walking through the empty halls of the Capitol overnight and said he appreciated the opportunity to see the seat of the nation's legislative branch.

"Don't worry," another guardsman told CBS News, after asking the reporter what it was like to have the Capitol filled with thousands of troops. "We've got this."

A plaque on one of the walls near the National Guard troops commemorated another occasion when troops were quartered at the Capitol — at the beginning of the Civil War.

"This tablet records the fact that the following troops were quartered in the United States Capitol in response to President Lincoln's call for volunteers. April 15, 1861," the plaque read.

David Martin contributed to this report.