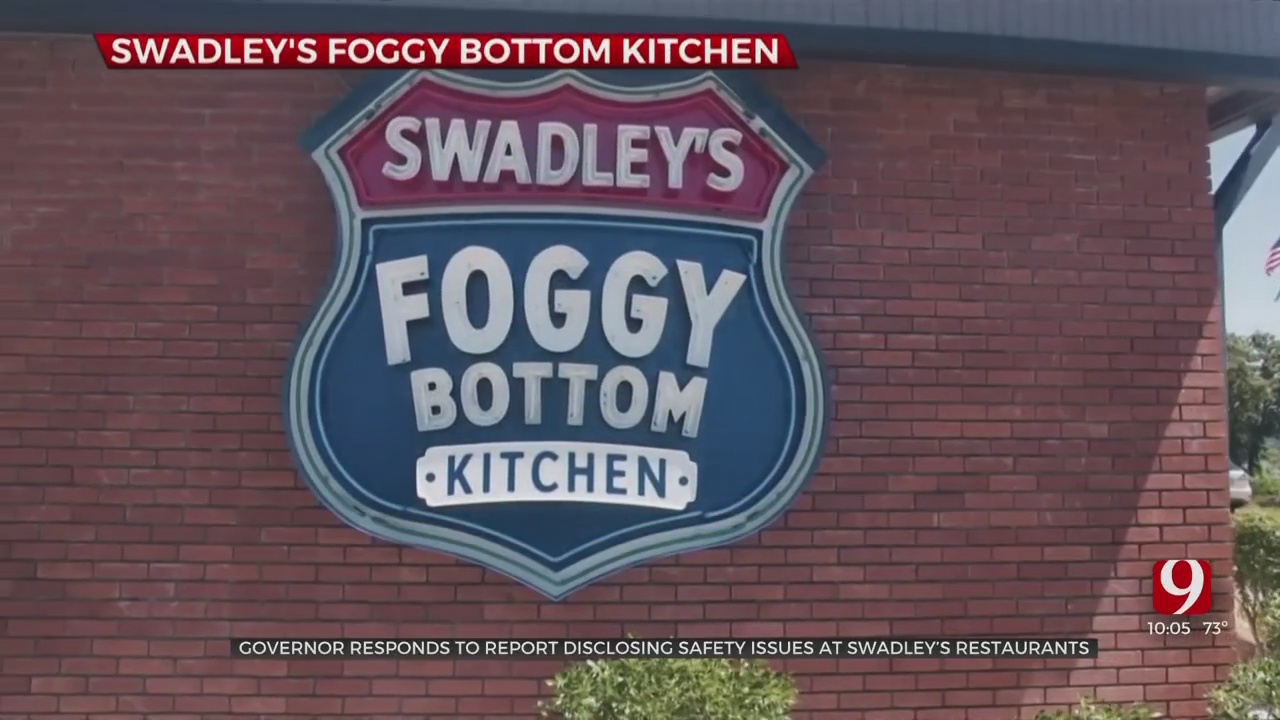 An inspection report by the Oklahoma State Fire Marshal details interactions between the inspector, the owner of embattled Swadley’s Foggy Bottom Kitchen and a state tourism official.

On Monday, the Oklahoma Department of Tourism and Recreation canceled its contract with Swadley’s Foggy Bottom Kitchen LLC to operate restaurants at state parks at the expense of taxpayers.

The contract and the company’s spending practices are now the subjects of an ongoing criminal investigation and state audit.

According to the OSFM report, an inspector identified as Agent Beebe visited the Swadley’s Foggy Bottom Kitchen at Roman Nose Park on August 20, 2020, about five months after the ODTR officially contracted the restaurant company.

When Beebe arrived, the restaurant was already open and operating despite having no permit. The restaurant ultimately did not pass the inspection and was “not approved” for occupancy.

A Swadley’s executive told Beebe the company had obtained “no permits” for any of its new state park restaurants prior to opening, according to the report.

Beebe, in the report, quoted Swadley’s owner Brent Swadley from their discussion of the permits.

Beebe reported Swadley said, “this is bigger than you and there are more politics at play here than you could ever understand. Let me tell you what happened here and what got this thing going. Governor Stitt reached out to me to put my restaurants in his state parks.”

In a statement Thursday, the governor’s office said “the governor does not have any relationship with Brent Swadley and he has not talked with him about the ODTR’s state park restaurant contract. Swadley’s statements to the contract are absolutely not true.”

After his conversation with Swadley, Beebe spoke with the then-deputy director of the ODTR Gino DeMarco about the lack of permits.

“Mr. DeMarco hinted that he knows that the laws of Oklahoma don’t really apply to the State of Oklahoma itself and that they don’t have to permit or submit plans to the State Fire Marshal by order of their general legal counsel,” the report said.

ODTR spokesperson David White said DeMarco has not been employed by the department since January 2021. Stitt appointed him to the board of the Oklahoma Health Care Authority in September. DeMarco did not respond to News 9’s request for comment Thursday evening.

A spokesperson for Swadley’s Foggy Bottom Kitchen did not return a request for comment Thursday afternoon.

The Oklahoma State Bureau of Investigation and state auditor have launched investigations into allegations that Swadley’s overcharged the state for expenses related to the improvement and operation of the state park restaurant spaces.

The ODTR’s contract with Swadley’s included a promise the restaurant company would always break even on costs, plus monthly management fees for each state park in which it operated.

Republicans in the Oklahoma House of Representatives created a special bipartisan committee to investigate the Swadley’s contract.

“The people of Oklahoma deserve to have faith in this agency, and I don’t think people can have faith in the tourism agency with this cloud hanging over it,” Martinez said. “We need to get to the bottom of it, solve the problem, and make sure it never happens again.”