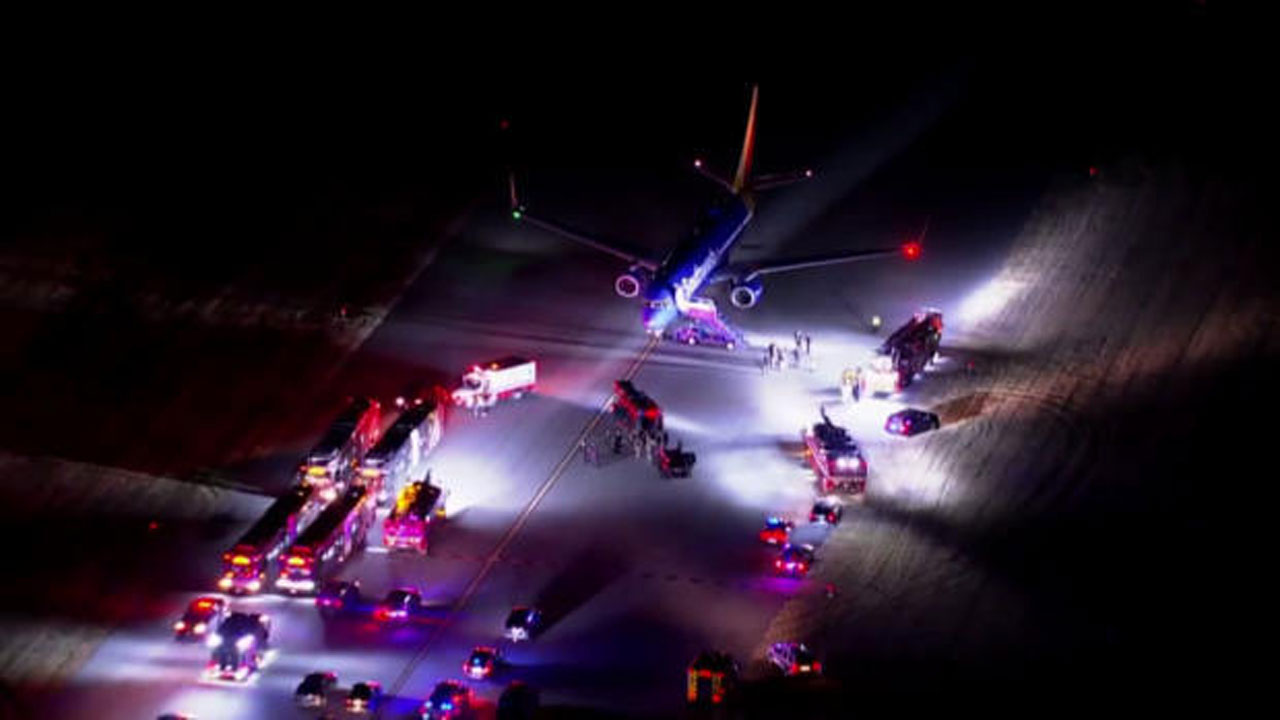 A Southwest Airlines flight arriving from Phoenix was taken to a remote area of Baltimore/Washington International Thurgood Marshall Airport on Monday after the crew discovered a "suspicious message," authorities said.  Airport spokesman Jonathan King said Southwest Flight 2104 arrived around 5:15 p.m. before it was taken to the remote location.

According to the statement from Southwest, the 95 passengers and six crewmembers on board the Boeing 737-800 were taken to the terminal by bus. The aircraft has a capacity of 175.

CBS affiliate WUSA-TV reports a heavy police presence with flashing lights surrounded the plane after it landed at BWI.

The airport statement didn't say what the note contained or where on the plane the note was found. A spokeswoman for Southwest said authorities cleared the aircraft and the passengers were allowed to claim their luggage.

Passengers on other flights told CBS Baltimore the news was unsettling.

"I don't know what people are thinking to do something like that… I'm just glad nothing more serious happened," said traveler Bob Hicks, who was flying into BWI from Denver.