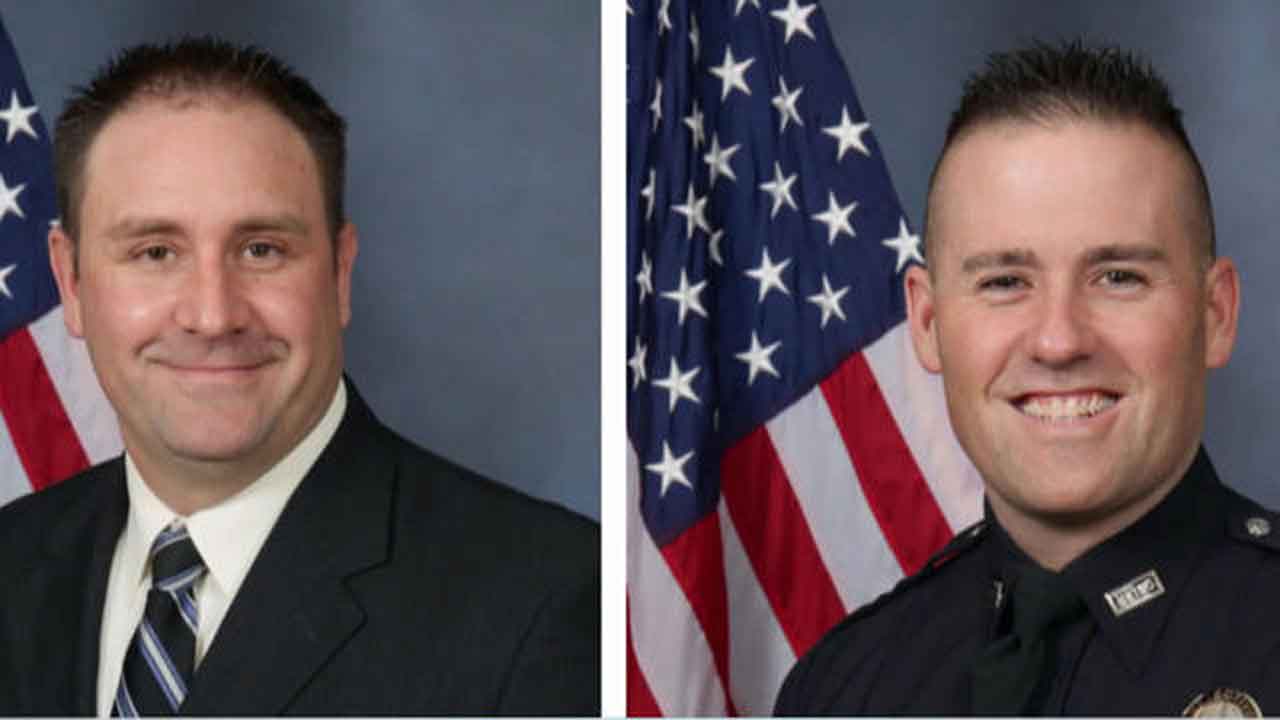 The Louisville Metro Police Department is moving to fire two of the officers involved in the raid that led to the police shooting of Breonna Taylor in March, attorneys for the officers confirmed on Tuesday. Detective Myles Cosgrove, one of the officers who opened fire during the raid, and Detective Josh Jaynes, who obtained the search warrant for Taylor's home, have both received pre-termination letters, their attorneys said.

Jaynes' pre-termination letter, signed by Interim Police Chief Yvette Gentry, accuses him of lying on the application for the search warrant, according to a copy of the letter obtained by CBS News. In the application, Jaynes claimed he received information from a U.S. Postal Inspector that Jamarcus Glover, Taylor's ex-boyfriend, had been receiving suspicious packages at Taylor's apartment.

According Gentry's letter, that information was "not truthful." The letter alleges that Jaynes lied about that information coming from a postal inspector, when it in fact came from LMPD sergeant John Mattingly, who himself heard it from "a Shively Police Officer."

According to CBS affiliate WLKY-TV, Jaynes was asked by a Public Integrity Unit investigator in May if he had intentionally misled the judge in order to get the warrant approved.

"I could have worded a little bit differently in there," Jaynes was heard saying in a recorded interview. "But I try to be as – as (unintelligible) as detailed. Or sometimes it's good to be not as detailed."

Gentry's letter also claims that Jaynes did not complete the necessary search warrant operations plan on or before March 13, the day of the raid that resulted in Taylor's death.

"Because the operations plan was not completed properly, a very dangerous situation was created for all parties involved," the letter reads. "You were the officer who conducted the majority of the investigation, however, neither you, your direct supervisor, or his lieutenant were or available at the scene when the search warrant was executed."

Attorney Thomas Clay, who is representing Jaynes, told CBS News that Jaynes did not personally create the operations plan.

"This plan was gone over at multiple levels of command," Clay said. "There was a final briefing where a lieutenant colonel from the LMPD was present. So, if there were any flaws in this plan they should have been uncovered by the supervisors who reviewed the plan."

Clay also told CBS News that a representative from the mayor's office was present at the final briefing conducted just prior to the raid.

Jaynes will have a chance to defend himself in a meeting with Gentry and "selected staff." That meeting was originally scheduled for Thursday morning but has been pushed back to January 4. Clay indicated he will be in attendance for that meeting.

CBS News has not reviewed a pre-termination letter for Cosgrove, but his attorney confirmed to WLKY-TV that his client had received one. The attorney did not provide further comment. A law enforcement source told CBS News Cosgrove is being fired for violating the department's deadly force policy.

CBS News confirmed that Cosgrove's hearing with Gentry has also been postponed until January 4.

A spokesperson for the Louisville Metro Police Department said it could not comment on the cases, citing the internal investigation.

Former police officer Brett Hankison was previously fired for his role in raid. He is the only officer to face charges resulting from the raid, although he was not charged directly for Taylor's death. Hankison was instead charged with three counts of wanton endangerment for firing into a neighboring apartment. He has pleaded not guilty.

Gentry took over as interim police chief in October after former Chief Steve Conrad was fired following the fatal police shooting of David McAtee, a Black man who owned a barbecue restaurant in Louisville.

Taylor was shot and killed when police executed a search warrant at her home in connection with a drug case. Taylor's boyfriend, Kenneth Walker, claims police never announced themselves and that he fired at them when they broke down the apartment door with a battering ram.

Walker wounded Mattingly, and the police returned fire, killing Taylor. No illegal drugs were found in the apartment.

Lonita Baker, an attorney for Breonna Taylor's family, welcomed the department's move to fire the two officers, but made it clear that her clients wanted to see more criminal charges filed in addition to the dismissals.

"Sergeant Gentry has done what she has the power to do with these officers, which is terminate them. And so the fact that they would not be returning to patrol the streets of Louisville, Kentucky, is one step in the right direction," Baker told CBS News.

Baker said she and her clients believed "the actions alleged in the termination letters, which we have seen we do have evidence of, are also sufficient for criminal charges" to be brought against Cosgrove.

On Wednesday, civil rights attorney Ben Crump, along with Baker and co-counsel Sam Aguiar, released a statement approving of the firing of both officers — but also called for them to face charges.

"By including false information in a warrant affidavit, Detective Jaynes committed perjury and should be arrested and charged for breaking his oath as the affiant," the statement reads. "Likewise, Detective Cosgrove recklessly opened fire into Breonna's home with a complete disregard for human life, never identifying or acquiring a specific target before shooting and killing Breonna Taylor. Ultimately, both should be held criminally liable."

A law enforcement source told CBS News three other officers are expected to face suspensions, but did not elaborate.