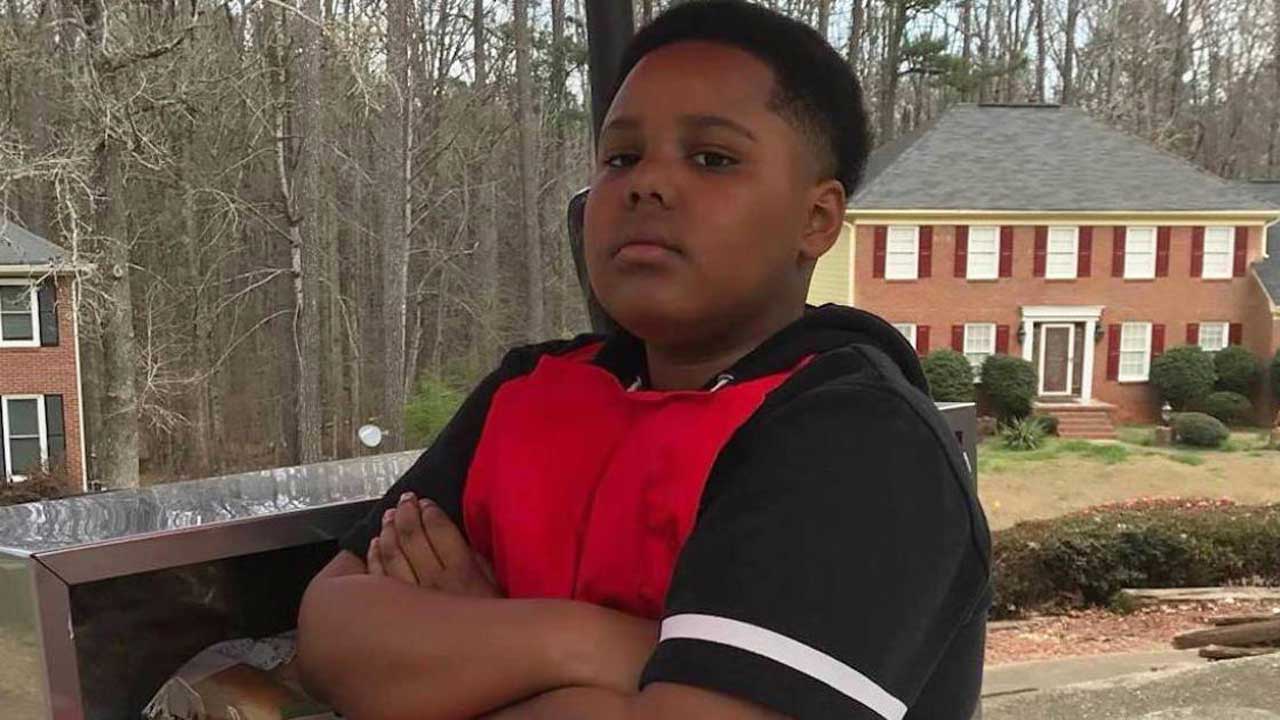 Mason Wright was 9 years old walking through Times Square in 2015 with his older sister when he noticed long lines wrapped around several hot dog carts. If he could reinvent the idea back home in the South, he said, he'd never have to beg his parents for an allowance again.

"I knew I could take the business concept and improve it," said Mason, who is now 14 years old and the owner of Mason's Super Dogs, his grab-and-go hot dog restaurant in Stonecrest, Georgia. He opened the shop in October, making him the youngest restaurant owner in the state.

Mason's vision has transformed from carts to a 200-square-foot corner restaurant serving over 400 customized hot dogs and vegan dogs with fresh toppings each day. Take the Firestorm, for example; a chopped chicken dog with buffalo sauce, or the Professor Dilly, which is served inside a jumbo-sized pickle. PETA recognized Mason's vegan dogs as some of the best in the country.

"I'm usually doing most of the work but we're having fun doing it," Mason said. "My customers are really friendly and nice. The reviews online are great but the hardest part of running the business is being patient and waiting for customers to stop by. When they do, I get a really big smile on my face."

Mason and another full-time employee prepare the food and manage the kitchen during regular business hours. His sister, mother and aunt help operate the point-of-sale system and hand out orders to the customers. "Business has been great because the community has come out, shown how supportive they are, buying multiple hot dogs at a time and being really patient with us as we operate the restaurant," Mason said.

Mason arrives at the restaurant around 7 a.m., homeschools for three hours via Zoom, spends one hour setting up the kitchen before doors open at 11 a.m., and keeps up the routine Tuesday through Saturday until the restaurant closes at 6 p.m.

"Homeschooling is really fun," he said. "My teachers understand that I have a business, so if I'm super busy with the restaurant, they'll get with me if I miss anything."

Jerome Wright, Mason's dad, said he always knew his son wasn't an "average" kid. "Anytime we would go into a store, he would ask if they would hire him to bag groceries, gather buggies, or sweep the parking lot, but he was too young. He eventually started coming up with all of these different ideas for how he could make extra money."

Around the same time he visited New York City in 2015, Mason started working to earn enough money to buy science kits. He began walking dogs, cutting grass, and washing cars around his neighborhood. At school, he would sell candy and snacks he purchased with his Christmas money because his school didn't have vending machines.

"My teachers wondered why at the beginning of the day I would have this big backpack, and at the end of the day, it would be a little backpack," Mason said.

Mason made a deal with his parents and grandparents; if he could keep his grades up, they'd help him purchase a small red cart to sell hot dogs from. He made good on his promise, consistently bringing home straight A's.

"He got on it and brought his report card to me every six weeks," said Jerome, who works as a coordinator for a shipping company. "He sees the grind and hard work that goes into being successful."

In 2018, Mason began selling his hot dogs at Morehouse College in an upgraded New York-style cart after he lost a business competition on-campus. However, Mason convinced the school's president, David Thomas, to let him set up shop outside the university's bookstore.

"He said as long as I have straight A's then I could sell hot dogs on-campus," Mason said. "I had a lot of good foot traffic from students at all of the colleges in the Atlanta University Center and that was really fun."

"Mason's Super Dogs is the one project he started and stayed with it," Jerome said. "Mason eats, sleeps, and lives that hot dog stand. That's all he talks about. He makes sure everything is on-point because his name is on this."

Mason initially thought his cart would become a food truck but the coronavirus pandemic put a stop to those plans, prolonging the process to obtain his business license, permits and health inspection. But Mason came out on top, using his own funds to lease the eatery's current location and renovating it with his family's help.

"When I first saw the location was vacant, the guy that owned the property went down on the price because of COVID-19," Mason said. "So my family and I got together, painted and fixed the air conditioning, fans and ceiling — and here we are."

Mason's family contributed 20% of the overall startup costs used to purchase the permits and licenses, Jerome said. The teen's mother also helped him fill out the necessary paperwork for the property; his father delivers all of the supplies to the restaurant, and his sister is his silent partner that shares the lease along with him.

When Mason's Super Dogs finally opened on October 17, long lines formed spanning the adjacent plaza's parking lot, just like the ones he was inspired by in Manhattan. Overwhelmed by the grand opening's success, Jerome offered encouraging words to his son. "I told him chaos means he's making money and doing something good. If he could get people to stand in line for an hour, that means something," said Jerome. "I still can't believe he pulled it off."

Since opening, Mason has upgraded with more kitchen appliances and increased his supply orders to cut extended wait times from long lines. "There's definitely room for improvement but we're definitely working every day towards making those changes," Mason added.

After high school, Mason plans to attend Morehouse and major in either business or engineering. He hopes to expand his business in five years and turn it into a franchise. He lives by a cliche that fuels his passion. "Do what you love so you'll never work a day in your life," he said. "Don't wait to start your business. Just do it."

Jerome called his son "the most popular kid in Dekalb County" and an example of someone who persevered to carry out a vision. "If you hang in there, no matter what it is you're trying to get accomplished, then the sky's the limit," he said. "If you want it, then you can get it. Nobody can keep you from it."