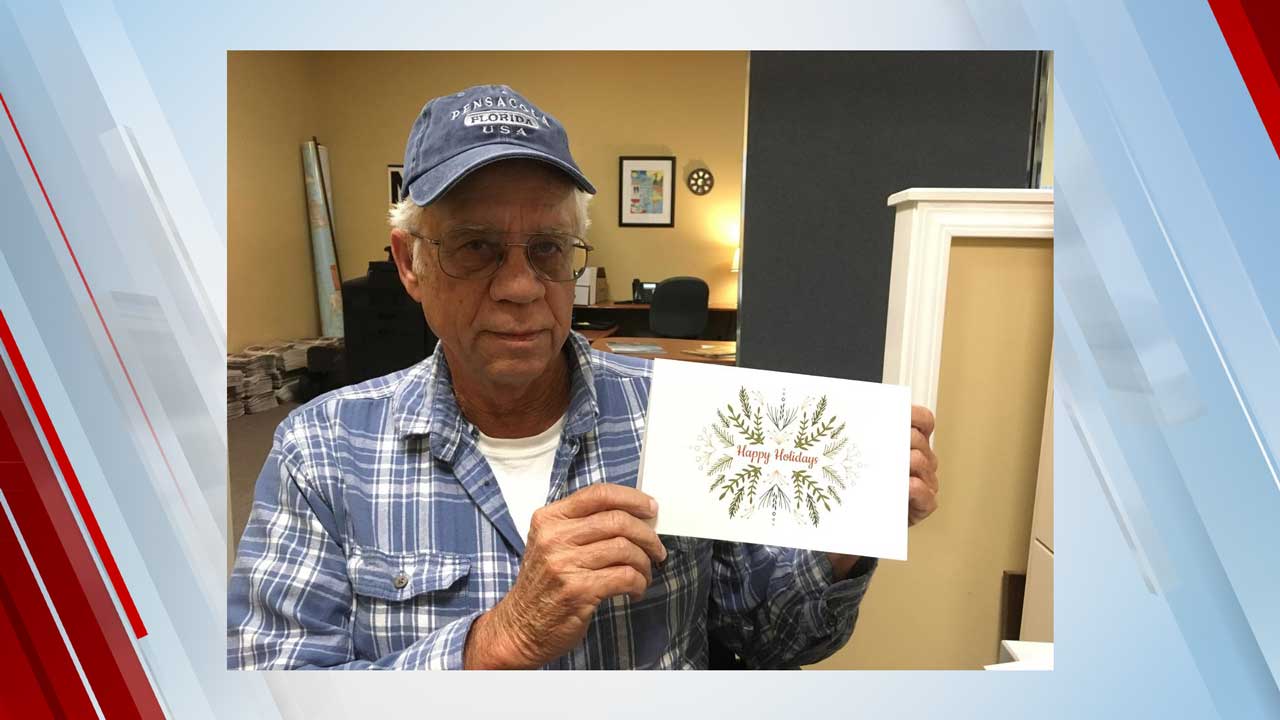 Mike Esmond, a great-grandfather and business owner from Gulf Breeze, Florida, is like a guardian angel for his neighbors. Esmond recently paid off the outstanding utility bills for 114 families in his community, totaling $7,600.

He made a similar gift last year, when he paid off 36 bills worth $4,600. This year, however, Esmond felt the gift was more necessary than ever.

"When we had Hurricane Sally, that did a lot of damage to a lot of residents here," Esmond told CBS News. "And the pandemic, I know, has a lot of people out of work... they've closed up, they've laid people off. So this year, I felt like I really needed to do something."

Esmond spoke to Joanne Oliver, who works for the town's utility authority. She gave him a list of 114 customers in jeopardy of having their utilities shut off.

Esmond, who now owns a successful swimming pool construction business, said he could relate to those going through hard times. At times, he had trouble paying bills while raising his three daughters.

"I found myself in a situation where I just couldn't handle it," he said. "So I decided not to pay the gas bill [once] because this is Florida, it doesn't get cold. Boy, was I wrong about that, because the winter I picked to have the gas shut off so I didn't have any heat turned out to be the coldest winter that Pensacola had ever experienced and it went down to 6 degrees."

Esmond said he has empathy for neighbors who are struggling right now. They'll find out about his surprise gift in a Christmas card sent by the utility authority.

"You can imagine people this time of the year that know they're behind on their bills, when they get this envelope and when they open it up, it's a Christmas card from the City of Gulf Breeze telling them that Gulf Breeze Pools has paid their utility bill and that's one less stressful thing that you have to worry about," he said.

He doesn't want anything in return — he just hopes it inspires others to pay it forward. "I've had people call me out of California, Chicago, Tampa, saying that they wanted to send some money," Esmond said "I said, 'No, take the money, go do what I did. Start this in your own communities.' It's something I can see that we could really pass on and make Christmases better for people in the future."

So while he thought he was just helping 114 families pay their utility bills, in reality his gesture has inspired countless others around the world. "I did this to make things a little less stressful and make people a little happier in my community," he said. "I've heard over and over again in many messages how people, when they read this or heard about it, they cry happily."

"I don't know how to put that in words, because I'm not a guy who's ever really been involved in anything like this where I made people happy. I'm a guy who goes out and digs in the dirt and builds swimming pools," he continued. "It's just unbelievable."