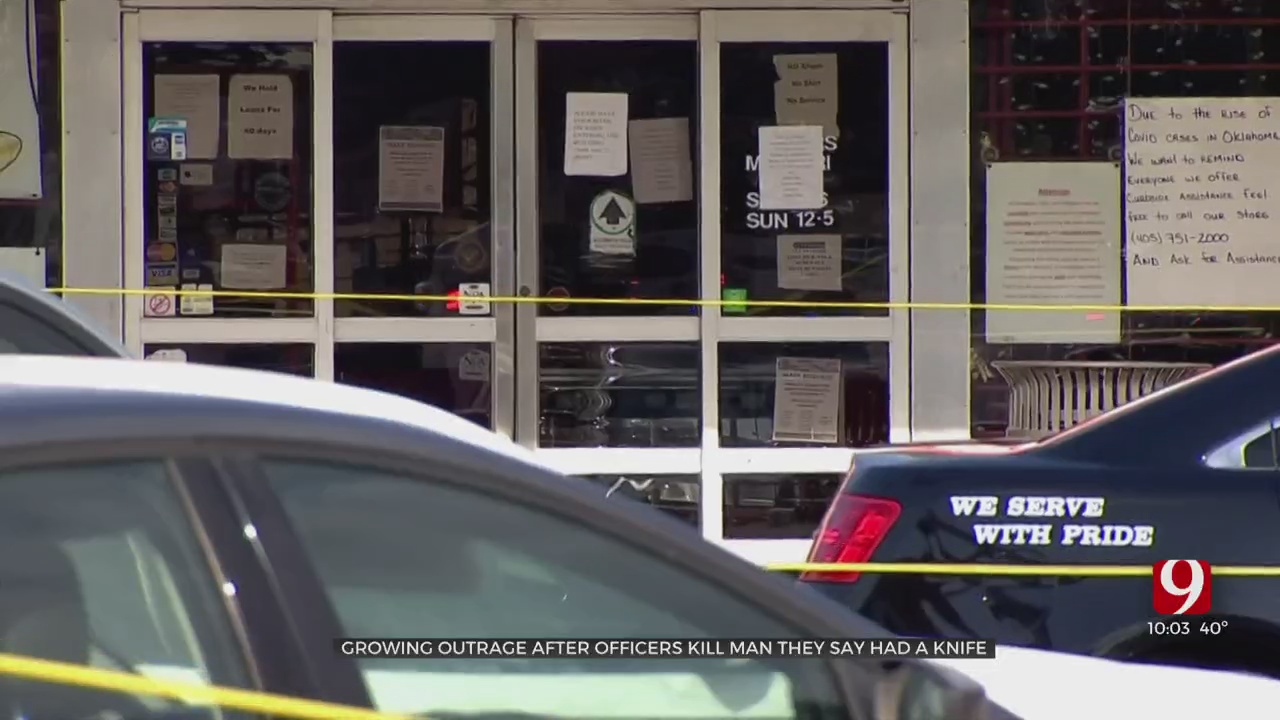 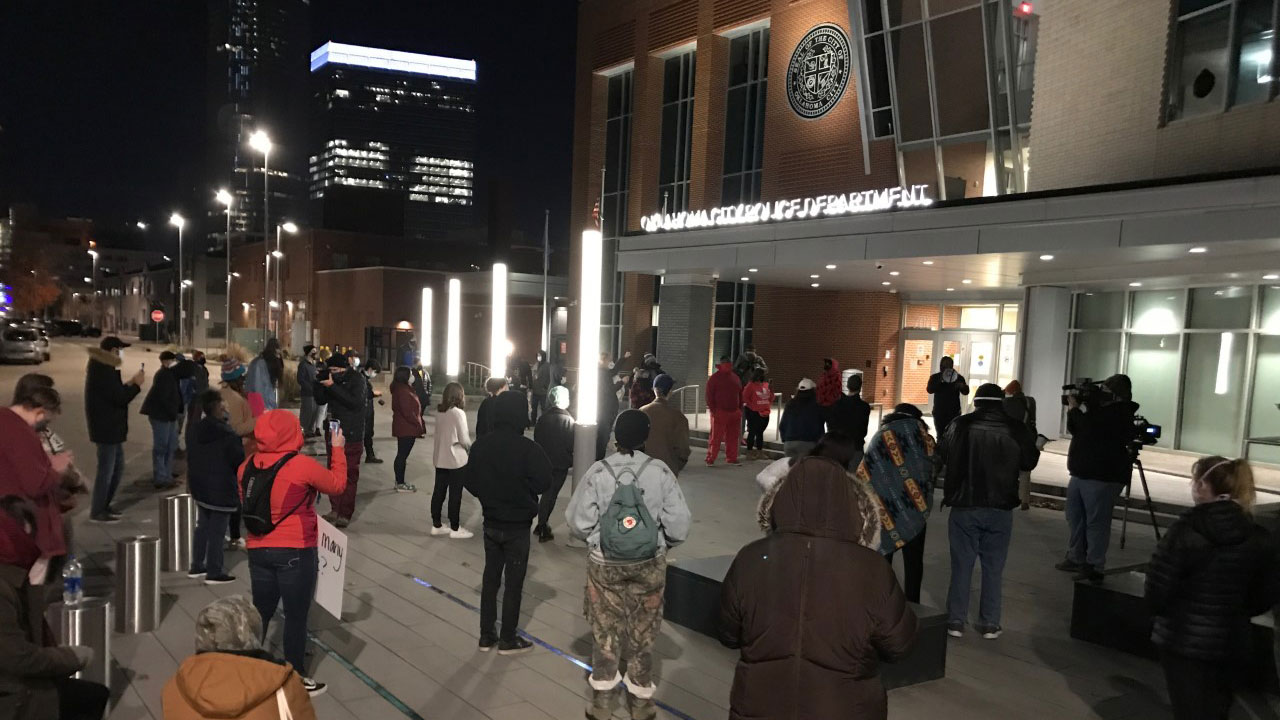 Crowds formed outside the Oklahoma City Police Department headquarters Friday night after an officer shot and killed a man on Friday afternoon.

Shortly after noon, officers were called to the 2100 block of West Hefner Road. Police said officers confronted a man armed with a knife.

Despite officers using a taser and pepper spray, the man did not drop the knife, according to OCPD Capt. Daniel Stewart. The man moved towards the officers, which prompted the officer to shoot.

“He had the knife the entire time,” Stewart said. “He never dropped the knife. The officers, they had no choice. They were forced to use their weapons. They didn’t have a choice. He advanced at them. They gave him several opportunities to drop the knife.”

Relatives of the victim identified him as 60-year-old Bennie Edwards. Edwards was homeless and had bipolar disorder and schizophrenia, according to his brother and niece Ameerah Gaines.

“Every day that I wake up, somebody that looks like me is becoming a hashtag and it’s getting out of control. And that was my uncle,” Gaines said.

“The subject has a knife and he’s acting in a threatening manner. You really don’t see a mental health crisis, although it’s very possible that it was,” Stewart said. “That doesn’t make him any less dangerous, unfortunately.”

A witness recorded the moment officers fired. Bri Grant was nearby and posted the graphic video on Twitter. “From the outside looking in, it just—it was absolutely disturbing,” she said.