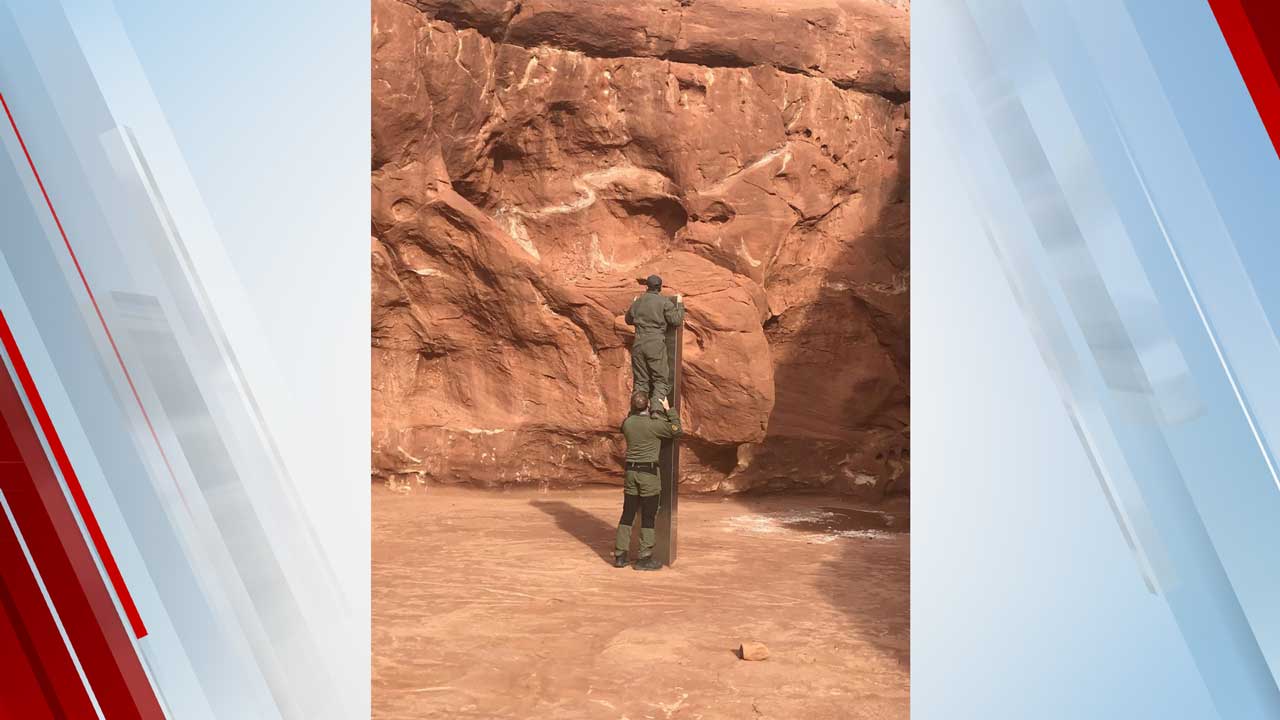 The unexplained monolith found in a remote area of southeastern Utah mysteriously disappeared over the weekend, authorities announced Sunday. The sleek metal structure inspired worldwide curiosity and theories of its origins after a team of public safety officers found it last week.

The Bureau of Land Management, which manages more than 245 million acres of public land, said the illegally installed monolith was removed by "an unknown party or parties" on Friday evening. BLM was investigating who installed it – and said, in jest, it still didn't know whether an "extraterrestrial or earthling" left it there.

The Utah Department of Public Safety said Monday that its Aero Bureau and wildlife resource officers were conducting a count of bighorn sheep last week in Red Rock Country when they spotted the object on public lands managed by the Monticello Field Office and landed nearby to investigate further. The department said there was "no obvious indication" of who put it there.

Bret Hutchings, a department helicopter pilot, told KSLTV that the unexplained 10- to 12-foot structure is the "strangest thing that I've come across out there in all my years of flying." However, he had some theories of what it could be.

"I'm assuming it's some new wave artist or something. Or, you know, somebody that was a big '2001: A Space Odyssey' fan," Hutchings said. The object bears resemblance to the black monument in Stanley Kubrick's 1968 film that comes from an unseen alien civilization.

The department said it is illegal to install structures of art without authorization on federally managed lands, "no matter what planet you're from."

The Bureau of Land Management noted the "large number of people" who visited the site over the last week, which was not developed for heavy visitation, and they left behind human waste and parked on vegetation.

"We recognize the incredible interest the 'monolith' has generated world-wide. Many people have been enjoying the mystery and view it as a welcome distraction from the 2020 news cycle," Monticello Field Manager Amber Denton Johnson said in a statement. "Even so, it was installed without authorization on public lands and the site is in a remote area without services for the large number of people who now want to see it. Whenever you visit public lands please follow Leave No Trace principles and Federal and local laws and guidance."